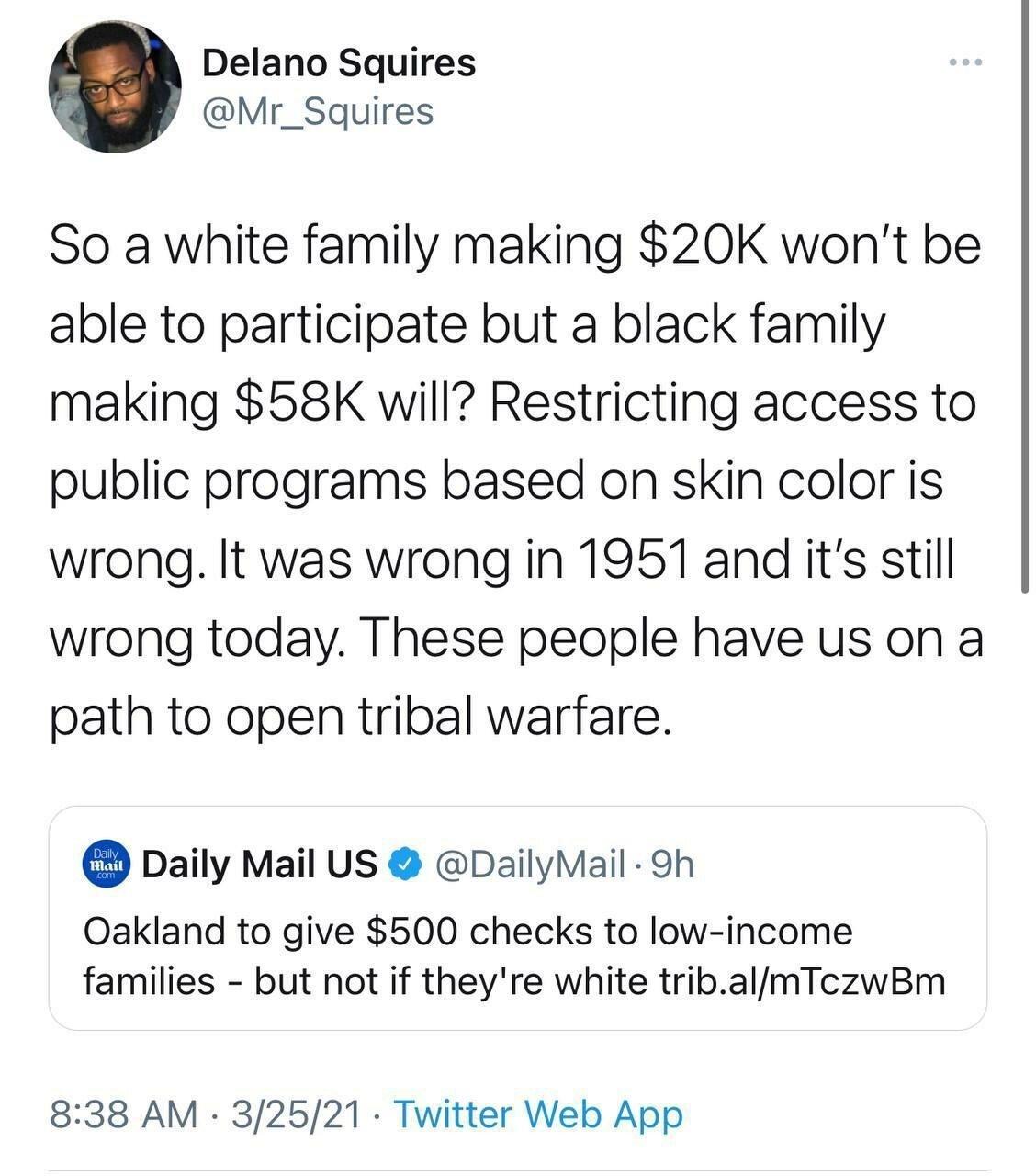 READ  Scientists Photograph a Black Hole for the First Time

A program to give $500 monthly checks to low-income families of color in Oakland, California, has been criticized for explicitly excluding the 10,000 white residents living in poverty in the city.

The lottery system, funded by private philanthropists, will see the no-strings-attached checks go to households with an annual income of less than $59,000 if they have at least one child. The other half of the $500 checks will go to those earning under $30,000.

According to data from an Oakland Equity Indicators Report, cited by officials to justify favoring people of color, white households earn about three times that of African-American ones.

The same report states around 8 per cent of the city’s white residents, approximately 10,000 people, live in poverty.