The bull run is over.

Yes, we will get bounces, but long-term stocks are going down… and not a little… a LOT.

The S&P 500 has broken its bull run trendline. 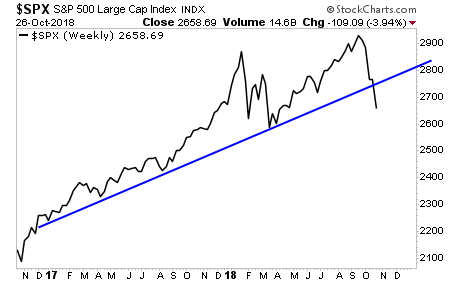 That’s bad news. But unfortunately, it gets worse from here. Stocks have violated the monthly trendline running back to 2009 for the first time in this bull market. 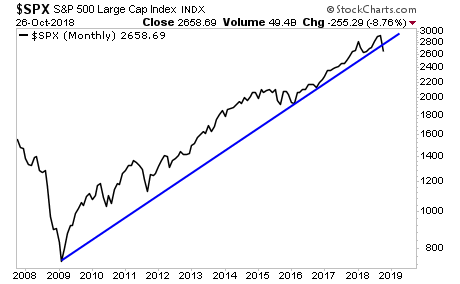 So where do stocks go from here?

We’ll likely see a bounce this week. Nothing goes straight up or straight down in the markets. But after that, stocks are going to crater to catch up to market leaders like homebuilders.

See also  US Department of Health - “If it’s been over 2 months since your last dose, make a plan to get one now.”

Homebuilders lead on the way up… and they’re now leading on the way down… with a downside target of at least 2,200 on the S&P 500. 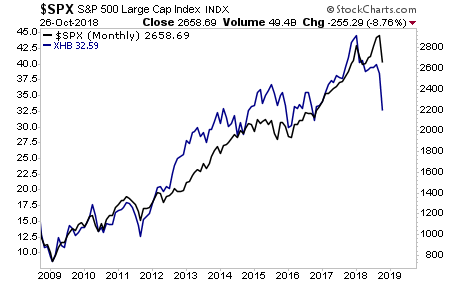 Those who prepare to profit from this in advance stand to make literal FORTUNES. Over 99% of traders think the Fed is going to save the day.