They are rubbing it in our faces now.  As CTH warned yesterday, this is not hypocrisy – this is the United States Government, Department of Homeland Security, initiating an enhanced and intentional effort to antagonize lawful American people into a place of extreme anger.  This is not hypocrisy.

The Dept of Homeland Security (DHS) is now announcing enhanced travel restrictions for law-abiding Americans, blocking non-essential travel into Mexico and Canada.  Simultaneous to this the same, ironically named, Homeland Security is facilitating a mass influx of illegal entry into the United States. 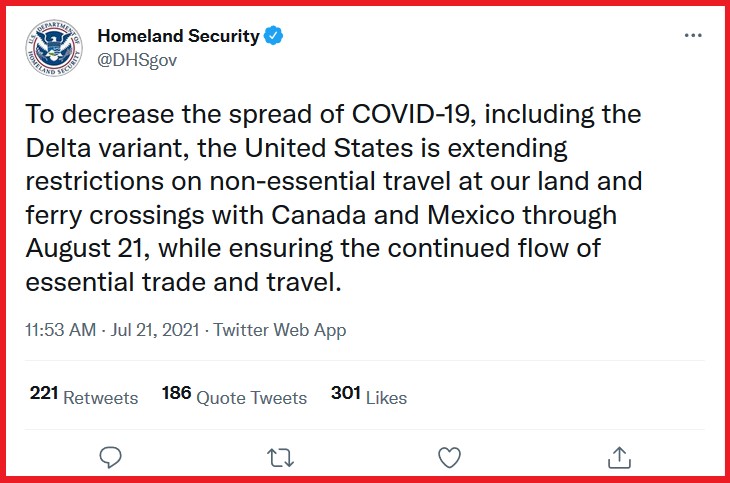 Stay aware and evaluate this for what it is.  This is an intentional effort to provoke American citizens.  This is Alinsky methods deployed at a federal and institutional level.

Often we see people ask, ‘Why are they so openly admitting to their wrongdoing and still carrying it out’?  Within the answer I have written frequently, ‘They simply do not care’.  It is not a sense of boundless hypocrisy that drives the far-left to showcase their disconnect.  The disconnect is not cognitive dissonance.  The disconnect is purposefully part of the ideological advancement of their goal.

The leftists, the “elites” writ large, are so open in their proclamations of being beyond reach – because they want us to view their power as all encompassing.  They act as rulers and dictators without accountability because that puts the victim, We The People, automatically in a demoralized subservient role. 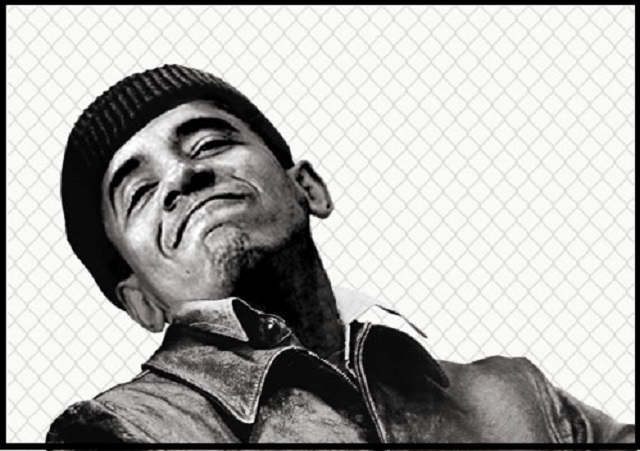 We are in a very precarious time, and we must be careful as we are inundated by the openness of the corruption in the system. The radicals want a reaction; they want a strong -perhaps violent- reaction; as that plays into their larger objective. Misplaced anger toward the visibility of the corruption can be weaponized against us.

The question, “do the elites care if we know”, is accurately answered by, “they want people to know.”  The viewpoint that elites are hypocritical is the wrong nuance to what is visible. Their openness about their untouchable constructs is part of their purpose.

See also  Fact-Check articles are created by the left to censor negative news about Democrats.

“Elitism” in its most raw and brutal display is a system of people who are beyond reproach according to their own outlook.  They must not be questioned; they are in ultimate control of society, outcomes or (fill_in_the_blank) as an extension of their self-proclaimed magnanimity.  Essentially, they are projecting their position inside a club, and all those not in the club are outsiders who do not get to provide input or judgement on the club rules.

This might sound like a DUH statement from the literal definition of “elitism”; however, it must be accepted this outlook is one of consumption, not determination.  They believe they represent the ‘greater good’, and by extension control moral authority.  Thus, within their mind, they are above reproach.  The visible outcome is they operate outside the systems they push upon others who are not in the club.

This is NOT hypocrisy, this is a fundamental part of creating a classist society.

“Rules for thee and not for me” is more than a catch phrase; it is an actual worldview with a history in political control.  They are not hypocrites, they are living out their creed.

The outlook gained popularity going all the way back to the formation of the Fabian Socialist society.  You might remember George Bernard Shaw saying, “At a certain point those [outside the club] will have to justify their existence.”  Shaw was advocating for a genetic cleansing of those undeserving people who take more from society more than they provide in value.

This Fabian Socialist outlook is the most extreme form of “elitism”, the actual extermination of undesirables, but it is essentially along the same continuum as believing there are two sets of rules depending on your place in the hierarchy of society.

This outlook has been modernized to include the latest industry of Big Tech.  Those who control technocracy have merged with those who control the politics of society.  The outcome is elites deciding which voices are allowed to participate in the national conversation, and which voices must be ostracized because they are not compliant to the elitist worldview.

It is critical, actually beyond critical, that people start to accept what we are witnessing is not some misplaced system created by bad actors.  Those bad actors are actually elites who benefit from numbing society to the sheer audacity of their ideology.

Weaponizing COVID-19, as a tool to control the population, is purposeful.  None of this is without design.