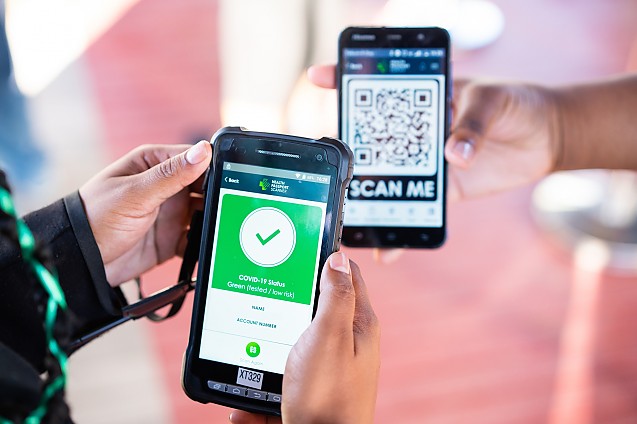 It is really, really important to the system that people get this vaccine, despite the fact that they’ve already stated that it probably doesn’t work and it won’t result in an end to the lockdowns, or really even change anything at all.

Proof of vaccination or immunity could help countries open their borders faster, but EU privacy activists are sounding the alarm. Although the UK Department of Health has said there are no “plans” for the introduction of vaccine passports, the government’s science and research funding agency, Innovate UK, has already invested £ 75,000 in the project. Thousands of vaccinated Britons will receive the biometric document.

While countries are rushing to vaccinate their population against coronavirus, immunity screening schemes – known as “vaccine passports” – are designed as a way to return to normal life. In this regard, Greece has launched an EU-wide system.

Greek Prime Minister Kyriakos Mitsotakis told the European Commission that it was “urgent to reach a common understanding on how a vaccination certificate should be structured so that it is accepted in all Member States”, according to a document cited by Politico . But in Europe, where vaccinations have begun, certification proposals or vaccine passport schemes are already facing a familiar issue: privacy.

Opponents of these vaccination passports argue that such verification schemes would jeopardize the fundamental rights of Europeans by dividing people into categories according to health status, denying access to all types of public services to the unvaccinated and opening the door to health care tyranny.

The introduction of vaccine passports “raises key questions for the protection of privacy and human rights,” said Anna Beduschi, a researcher at the University of Exeter. Passports could “create a new distinction between individuals based on their health, which can then be used to determine the degree of freedoms and rights they can enjoy,” she added.

Mitsotakis seemed to be trying to find a balance to take these concerns into account. In his letter, he said that Greece “will not make vaccination mandatory or a precondition for travel” – but also said that “people who have been vaccinated should have the freedom to travel”.

The idea of ​​certifying immunity is gaining ground in some corners of the EU, where more than half a million people in the bloc have died infected with COVID-19, and hundreds of millions more are facing new restrictions as the second wave of the pandemic accelerates.

In October, Estonia signed an agreement with the World Health Organization to develop a digital immunization certificate that would allow cross-border exchange of vaccination data. This week, Estonian Prime Minister Jüri Ratas said he had invited Finland to join the scheme.

In Hungary, the government said it could ask visitors to show their vaccination status in order to gain access to the country through an application that shows immunity to COVID-19. “The need for citizens to provide evidence that they have obtained protection against coronavirus is growing around the world,” a government spokesman said.

Thousands of Britons who have already received their vaccine will receive a vaccination passport as part of a trial that will take place this month, writes Daily Mail.

The passport, created by biometrics company iProov and cybersecurity firm Mvine, will be issued as a free application and will allow users to digitally prove whether or not they received both doses of the vaccine.

How people responded to the coronavirus hoax has proven to the ones in power that they can do whatever they want to the populace as long as they say that they’re doing it to keep everyone safe from a worldwide threat.

They are not going to let go of any of the power they’ve gained through the compliance of the scared masses.