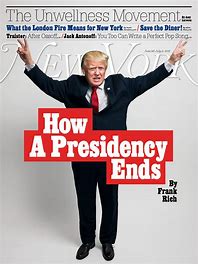 New York (CNN Business)New York Media, the parent company of New York magazine, laid off 16 full-time staffers and an additional 16 freelancers or part-time employees as the publication restructures, chief executive Pam Wasserstein said in a memo to employees on Monday.

The cuts represent about 5% of New York Media’s full time staff.
“It has been a difficult day here,” Wasserstein wrote in the memo obtained by CNN Business, adding that the change “reflects tough decisions” she had made with the management team over the last several months.
Wasserstein said the teams most impacted by the cuts were the video department, audience development team, and copy and fact checking.
“As part of our long-term planning process, we took a hard look at our existing structure and roles in an effort to most effectively organize our resources around our business strategy,” Wasserstein wrote. “I believe this restructuring is necessary to put us on the firmest possible footing as an independent company, though that does not make today any less painful.

Decline in readers, ads leads hundreds of newspapers to fold

WAYNESVILLE, Mo. (AP) — Five minutes late, Darrell Todd Maurina sweeps into a meeting room and plugs in his laptop computer. He places a Wi-Fi hotspot on the table and turns on a digital recorder. The earplug in his left ear is attached to a police scanner in his pants pocket.

He wears a tie; Maurina insists upon professionalism.

He is the press — in its entirety.

Maurina, who posts his work to Facebook, is the only person who has come to the Pulaski County courthouse to tell residents what their commissioners are up to, the only one who will report on their deliberations — specifically, their discussions about how to satisfy the Federal Emergency Management Agency so it will pay to repair a road inundated during a 2013 flood.

Last September, Waynesville became a statistic. With the shutdown of its newspaper, the Daily Guide, this town of 5,200 people in central Missouri’s Ozark hills joined more than 1,400 other cities and towns across the U.S. to lose a newspaper over the past 15 years, according to an Associated Press analysis of data compiled by the University of North Carolina.

Blame revenue siphoned by online competition, cost-cutting ownership, a death spiral in quality, sheer disinterest among readers or reasons peculiar to given locales for that development. While national outlets worry about a president who calls the press an enemy of the people, many Americans no longer have someone watching the city council for them, chronicling the soccer exploits of their children or reporting on the kindly neighbor who died of cancer. 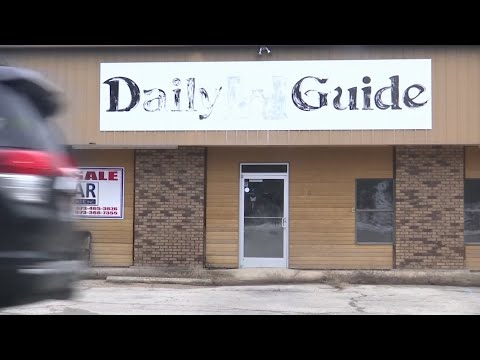