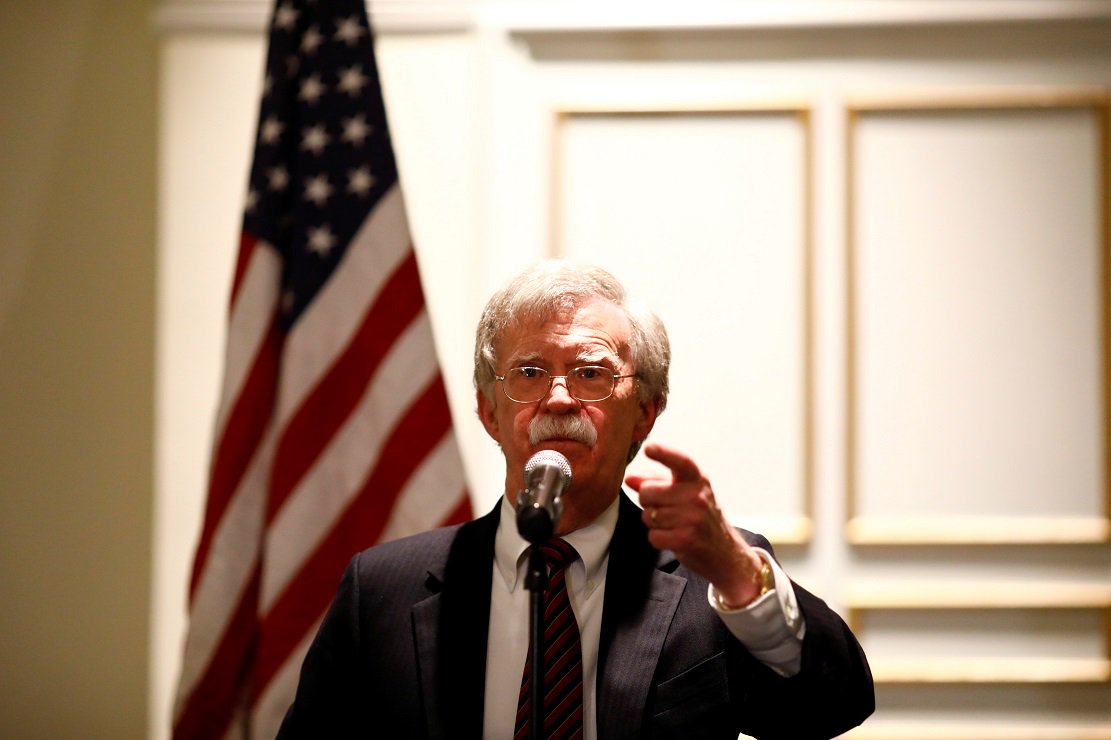 This news went mostly under the radar, but President Trump announced on Saturday that he’s withdrawing the US from the INF Treaty of 1987. INF stands for Intermediate Nuclear Forces Treaty, and it dates back to the Cold-War era, being a piece of legislation passed during Ronald Reagan’s reign in the White House.

The INF limits both Russia and the US from having specific types of nuclear weapons. However, Russia was repeatedly accused in the past  of not complying with the INF terms by the US intelligence community. Claims made by the “intel community” are one thing, just remember the Iraq’s WMD snafu, or Iran’s alleged nuclear program (as in nukes, not civilian). The US never presented solid proof (as in evidence) to back their claims in any of those circumstances, including this one with the ruskies, while the Russians argued that the missiles in question were not included in the INF’s “terms and conditions”. Let’s call this whole thing  to be a bit shady on both parts.

With the famous neocon John Bolton in the White House serving as Trump’s NSA and pushing hard for the US withdrawal from the INF treaty, the POTUS reiterated the claims about Russia’s non compliance with the INF, and also attacked Obama’s policies for not mitigating the problem during his 2 terms into office. Both the Pentagon and the State Department opposed Trump’s proposal to withdraw from the INF treaty, but to no avail. Strangest thing, once Trump pulled the US from the INF treaty, he demanded that both Russia and China should unilaterally comply with the terms in the respective treaty, which is rather strange. As a fun factoid, China was never part of the INF to begin with.

See also  ‘Trump Won By Over 1 Million Votes In Pennsylvania’

So, this is very interesting, to say the least. Remember how then candidate Trump vowed to bring the US closer to Russia in terms of foreign policy, diplomacy, economic relations and all that? And to end the unnecessary wars in the Middle East?  Russian officials described Trump’s unilateral pullout from the INF as clumsy and crude behavior with regard to international agreements, and a step that brings the world closer towards an arms race.

And here I thought Bolton was supposed to be playing the role of bad cop to Trump’s good cop. Or was that Pompeo? Or Haley? Anyway, it seems that our hope for better relations with Russia is in peril. As for Bolton, this guy is an outright lunatic who belongs in an insane asylum, not in the White House. And as for Pompous Pompeo, he’s nothing but an arrogant brat who doesn’t belong in the State Dept.; he’s CIA, through and through. Screeching Haley has now resigned her post as US Ambassador to the UN; good riddance to her, she can now return to what she does best: intermingle with the customers at the local Waffle House.

Trump is cutting off his nose to spite his face in announcing America’s withdrawal from the intermediate nuclear forces treaty; worse yet, he’s undoing all the work his predecessors had done in accomplishing this treaty. He sorely needs to rid the White House of the Trotskyites, also known as neocons, who are behind this lunacy. Chicken hawk Bolton is running foreign policy, and Trump resembles that head bobbing toy people put on the dash of their cars.

What’s the end game? It’s all about achieving nuclear superiority over Russia, and the industrial-military complex making a shitload of money in the process. Basically, the US will now be capable of developing brand new nuclear weapons systems, and also to deploy them along the borders of China and Russia, in order to contain them. And yes, that is going to inflate the deficit even more, among other things.

The challenge is: how to change the direction the world is going  (towards nuclear war) when every argument against nuclear weapon that can be made has been made, and any tactic that can be tried, has been tried? That is the enormity of the task. It is important not to see things in terms of the Cold War: the Cold war was the peace. We must not see things in terms of a new Cold War. That just adds another danger. Withdrawing from the INF will definitely result in a new ‘arms race’. But it won’t be a new arms race: it will a preparation for war.

Or maybe it’s just Trump’s 4D chess moves, i.e. he’s trying to secure the Boomer (cold-warriors) vote with the midterms around the corner by proving he’s not a Russian secret-agent after all. I definitely hope that’s the case.