We are now living in a time in history in which lies are said to be the truth.   The majority of what one reads or hears are outright lies. That is now what we must accept as the TRUTH.  Since Satan has won enough souls to live their lives for him, he keeps gaining on those of us who live for God.  We have to realize this will not continue into infinity, but we are spending the present time under the oppression of Satan and his legions.

At this present time, the Far Left is persecuting the Alt Right.  How do we trust anything they say or do? We can’t, so we must investigate all those things coming from them.  That is a given, and we should just accept it and move on in investigating everything the Left says and does.

There are a few points I want to make on several investigations which have been ongoing in the Alternative Media community.

1)Las Vegas Massacre –  I have come to believe that a civil war in Saudi Arabia played out in Las Vegas.  I do believe that IS OUR TRUTH.

The best reference I can give you on the truth is:  archive.is/O9mtk

It was Prince bin Salman being escorted from the Tropicana on the night of October 1, 2017.  I credit Jason Goodman and Crowdsource The Truth with the discovery. The following collage says it all. The collage has been taken from archive.is/O9mtk

Please refer to the following tweets and video:

CULPRIT WHO STARTED THE WHOLE INCIDENT IN LAS VEGAS:

Dopey Prince @Alwaleed_Talal wants to control our U.S. politicians with daddy’s money. Can’t do it when I get elected. #Trump2016

The below is the most important video you will see:

The following is a story which explains the Saudi Arabia purge:

The story starts with secret deliberations in 2014 about a possible “removal” of then King Abdullah. But “the dissolution of the royal family would lead to the breaking apart of tribal loyalties and the country splitting into three parts. It would be more difficult to secure the oil, and the broken institutions whatever they were should be maintained to avoid chaos.”

Instead, a decision was reached to get rid of Prince Bandar bin Sultan – then actively coddling Salafi-jihadis in Syria – and replace the control of the security apparatus with Mohammed bin Nayef.

The succession of Abdullah proceeded smoothly. “Power was shared between three main clans: King Salman (and his beloved son Prince Mohammed); the son of Prince Nayef (the other Prince Mohammed), and finally the son of the dead king (Prince Miteb, commander of the National Guard). In practice, Salman let MBS run the show.

And, in practice, blunders also followed. The House of Saud lost its lethal regime-change drive in Syria and is bogged down in an unwinnable war on Yemen, which on top of it prevents MBS from exploiting the Empty Quarter – the desert straddling both nations.

The Saudi Treasury was forced to borrow on the international markets. Austerity ruled – with news of MBS buying a yacht for almost half a billion dollars while lazing about the Cote d’Azur not going down particularly well. Hardcore political repression is epitomized by the decapitation of Shi’ite leader Sheikh Al-Nimr. Not only the Shi’ites in the Eastern province are rebelling but also Sunni provinces in the west.

As the regime’s popularity radically tumbled down, MBS came up with Vision 2030. Theoretically, it was shift away from oil; selling off part of Aramco; and an attempt to bring in new industries. Cooling off dissatisfaction was covered by royal payoffs to key princes to stay loyal and retroactive payments on back wages to the unruly masses.

Some sort of stability could eventually be found in a return to the previous power sharing between the Sudairis (without MBS) and the Chamars (the tribe of deceased King Abdullah). After the death of King Salman, the source would see it as “MBS isolated from power, which would be entrusted to the other Prince Mohammed (the son of Nayef). And Prince Miteb would conserve his position.”

MBS acted exactly to prevent this outcome. The source, though, is adamant; “There will be regime change in the near future, and the only reason that it has not happened already is because the old King is liked among his family. It is possible that there may be a struggle emanating from the military as during the days of King Farouk, and we may have a ruler arise that is not friendly to the United States.”

Paddock is the contact man to supply the guns. He meets a couple of assassins ahead of time. At this point, Paddock is thinking this is a gun deal. Only a few magazines are loaded. He merely wants to show the customers how to load the chamber etc… What he doesn’t know is that the advance team was sent to secure the floor. That all but one entry point to the floor would be barricaded (crucial since the reason Campos becomes suspicious of the blocked doors is what ultimately leads him to investigate) The reason for the barricade is that once the assault starts, the assassins want to make sure to impede the authorities as much as possible from reaching the top floors.

CIA/FBI (or Trump’s own intelligence) got wind of the assassination that was about to take place. Immediate action is taken to round up the assassins.

What the assassins didn’t know was that the prince had disguised himself as a regular dude to enjoy the nightlife in Vegas. (Saudi princes have been known to do this) He had slipped away from the Mandalay and was at the Tropicana playing some cards. As soon as the FBI (or some other agency) learned of the assassination plot, they stormed the Tropicana and extracted the prince. The video can be seen here.

They lead him out of the casino and escort him to the nearest helipad to be picked up. BUT, on the way, they encounter some resistance from a few assassins. Hence the firefight at the airport. Eventually, he makes it to the chopper and is whisked away.

Meanwhile, the FBI has gathered up as many of the assassins as they can. A few are armed with sidearms. They don’t have rifles yet because the rendezvous with Paddock hasn’t occurred yet. Hence the random firefights at various casinos that night. A few are killed. Hence the Laura Loomer videos of covered up dead people.

The assassins already in Paddock’s room gets a call. They are told that the Prince is not in his suite above. That he’s being escorted out of the Tropicana. They start panicking. If they get caught in this plot to assassinate the crown prince, not only are they dead, but their employer is dead as well. They come up with a plan. They will kill Paddock and start firing on the crowd below. They’re gonna make him a crazy lone gunman. So they kill Paddock. They break a window. They pick up a rifle and start firing at the crowd below.

The swat team starts knocking on the door. The assassins realize they’re screwed. So the first one shoots himself. (This is the first of the single shots you hear at the end). The second assassin isn’t so sure. He doesn’t want to die. So after 10 seconds of courage gathering, he shoots himself as well.

The SWAT team bursts in and finds 3 bodies. They start asking questions. But because the FBI is already there (remember, they extracted the prince) they take over. They quickly assess the situation. They realize the implications. They remove the 2 assassins bodies, take a picture of Paddock lying there, and release it to 4chan to solidify their narrative.

Paddock is made the patsy. Why? Because if a failed Saudi assassination attempt was responsible for the deaths, if the FBI/CIA had supplied the guns that killed 58 innocent people (not counting Paddock since he’s an asset), then two things would happen. One, we would demand that we go to war with Saudi Arabia. And two, which ever organization that Paddock worked for would be utterly dismantled..

We know a missile was intercepted by the Saudi military on November 3 or 4th. This was probably the final effort by the anti King Salman group. This was their last ditch effort to kill him. OR, it was staged to give King Salman the excuse to round everyone up in retaliation of the assassination attempt. We know that MASSIVE raids and the rounding of Saudi princes took place on the 5th. I will guarantee you that all these people are anti Salman/Mohammad. And who was just killed? Yes. The son of Muqrin, Mansour. Mansour’s death was retaliation.

2)Seth Rich – A new picture has emerged, and it is strange indeed. 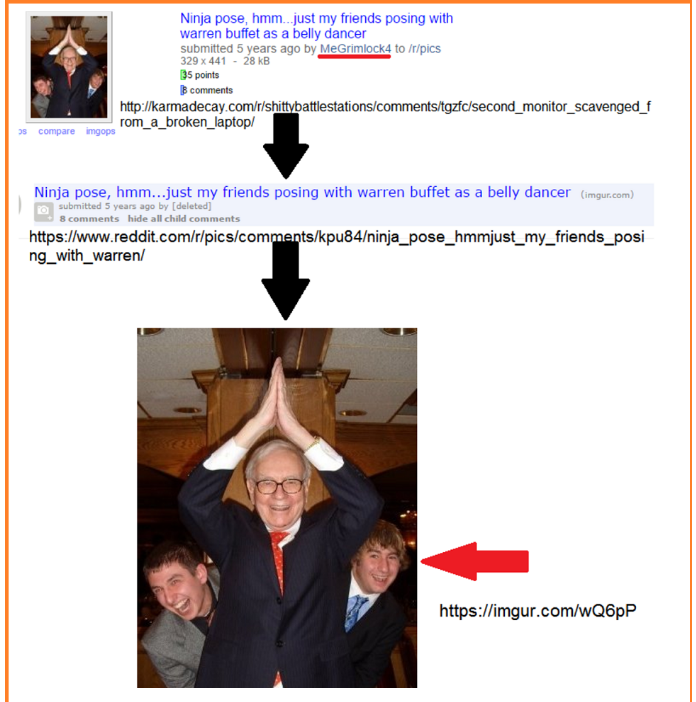 The photo was taken from yahoo.com, but I first saw it on a video from Jason Goodman.  My question is how did Seth Rich know Warren Buffet?

If you will notice, Rich posted this himself on Reddit, as his avatar name was McGrimlock4.

Here is a webarchive of Seth Rich’s posts from Reddit as McGrimlock4.

You must analyze the posts, and decide for yourself if you believe McGrimlock was Seth Rich.  What I find in many of Seth’s aspects is he seemed to be very innocent. It seems he did live in a world in which he found solace within his own self.  It must be questioned how he portrayed two different aspects of character. It took a very strong-minded and savvy individual to take the ultimate chance in leaking files from the DNC to Wikileaks.  His parents appear to be extremely naïve and idealistic. The photo of Seth with Warren Buffet indicates Seth and his family had some very strong political ties to some very elite power brokers. How did this occur?

On December 16th, 2015, NGP VAN updated the Votebuilder with a patch that contained a bug – allowing the Sanders and the Clinton campaigns to temporarily access each other’s proprietary voter information for around 40 minutes. Lo and behold, the Sanders campaign National Data Director, Josh Uretsky, was found to have accessed Clinton’s information and promptly fired.

Uretsky’s excuse was that he was simply grabbing Clinton’s data during the window of vulnerability to prove that the breach was real.

Sanders claimed that Uretsky was a DNC plant – “recommended by the DNC’s National Data Director, as well as a former COO of NGP VAN.”

So Seth Rich, a Bernie supporter, would have known people involved in the ‘hack’ Bernie says was meant to frame him.

THE BELOW TELLS ME MORE ABOUT THE SETH RICH WHO MADE THE DECISION ON HIS OWN TO LEAK WHAT WOULD CHANGE EVERYTHING TO WIKILEAKS. 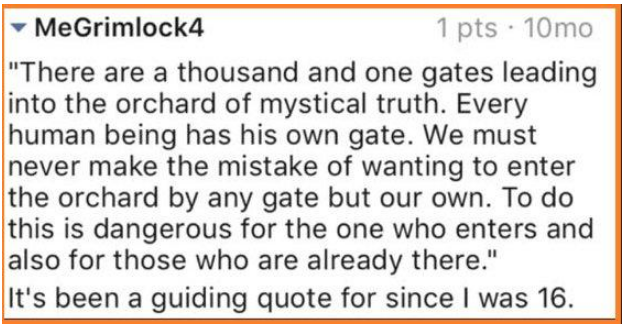 The following articles reveals quite a bit about Seth and his family:  www.omaha.com/columnists/kelly/kelly-before-speech-hillary-clinton-meets-with-parents-of-slain/article_abbc7d16-bf88-5641-9b98-4f650ef24ee0.html

The parents of Seth Rich adamantly deny he was the DNC leaker:

Does this really surprise us?

Here is a page I have archived, and if you will scroll down you will see the most informative videos on Seth Rich that exist.

Scroll down to view the Seth Rich videos:

On the two investigations I have presented what I believe to be the facts to support the TRUTH, BUT IT IS UP TO YOU TO DECIDE.

Trending: Views: 58
PLEASE CHECK OUT OUR HOMEPAGE FOR MORE STORIES!