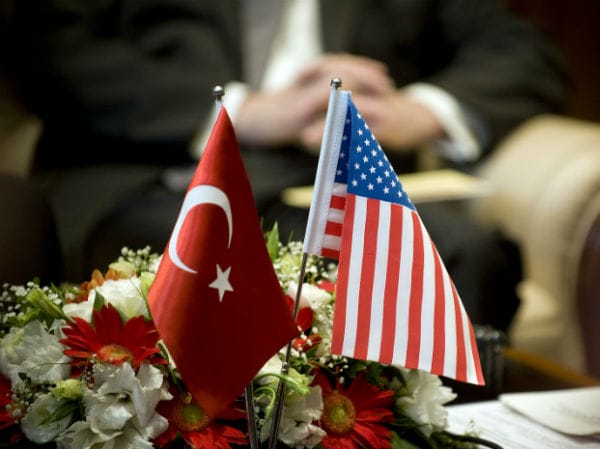 The week-long losing streak was linked to Turkey’s currency crumbling and a trade war tariff it dropped on U.S. goods.

Turkey is a NATO ally, so any news about the lira reaching record lows causes a little bit of a panic in the market.

But according to Jose Luis Daza, chief investment officer at QSR Capital Management, this is actually a full-blown crisis:

Turkey’s problems are so big that they will require something very special to short-circuit the crisis.

Daza continued on the currency crisis…

The crisis is, at the current stage, a foreign-exchange crisis. It will most-likely mutate into a … credit crisis. Turkish corporations are heavily indebted in dollars. The central bank has the lowest level of net international reserves of all emerging markets… All of these things are hitting them together.

It’s no surprise either, because the DOW has been extremely volatile since January (see 3-year chart below).

The red arrow in the chart above points to the moment when the DOW’s volatility started. Violent point swings up and down highlight the trend.

And since reaching a high of 26,617 in February, the DOW has lost over 1000 points. Combined with volatility in such a short time frame, this is just one signal of an unstable market.

Turkey’s currency crisis complicates this on a global level, but the new trade war bombshell adds even more instability.

Blaming attacks by the U.S. on their economy, Turkey’s President Recep Tayyip Erdogan has unloaded huge tariffs on a number of U.S. imported goods.

Robert Wenzel over at Economic Policy Journal has the scoop (emphasis ours):

The decree, which was signed by Erdoğan, raised tariffs on alcoholic beverages by 140 percent, on tobacco by 60 percent, and on passenger cars by 120 percent.

Tariffs were also increased on other US goods, including cosmetics, rice and coal.

Turkey’s Vice President Fuat Oktay commented on the move, stating: “Under the principle of reciprocity, the tax rates for imports of certain products have been increased against the US administration’s conscious attacks on our economy.”

Turkey’s new addition to the U.S. trade wars already taking place in China comes after POTUS wanted pastor Andrew Brunson released from incarceration. Erdogan accused Brunson of helping to plot a coup against him in 2016.

POTUS is also quoted in a Tweet stating quite firmly that “Our relations with Turkey are not good at this time!” The Turkey-US Business Council is asking for diplomacy.

That is going to be a challenge, because Turkey is suffering from an “overheating economy” with an inflation rate of over 15 percent according to a CNBC report.

Potential insolvency is another complication to the trade turmoil with Turkey, according to the same report:

Erdogan has consistently railed against raising rates in favor of faster growth, reinforcing investor worries over the central bank’s independence. The severely weakened currency means Turkish corporates will struggle to repay their large volumes of foreign-denominated debt, raising the risk of insolvency.

No wonder there is increased market uncertainty as we roll into the final part of 2018. Strap in because the ride is going to get bumpy.

Don’t Let Your Portfolio Get Hit by this Market Volatility

Since dropping almost 500 points the DOW has made a miraculous recovery (again). This comes on news of “lower level” trade war talks with China.

See also  Inflation or Recession, Which Concern Is Driving The Market?

The impact of this glimmer of hope on overly optimistic investors is telling. Who knows what could happen in any renewed trade war talks, let alone “low level” ones.

It just goes to show that market volatility has seemingly taken an unprecedented turn. Real things happen, the DOW crashes. A little bit of news cycle “hopium,” and the DOW magically recovers.

One thing is for sure, reality will take over the news cycle at some point. It’s what happened in 2008, and it appears to be happening now.

So don’t let a volatile market that seems to obscure reality hit your retirement the way it did to so many people in our last recession.

Put some stability in your portfolio, before it’s too late.