The web of lies and censorship we live in is disgusting.

This is a clear cut conspiracy between Democrats and big tech.

Per Google’s “trending searches.” Twitter is trying to censor the Hunter Biden corruption story. But they’re just making it famous

What Twitter and Facebook are doing today — trying to bury one of the most explosive stories of the 2020 campaign season — is already far more impactful than anything Russia attempted in 2016. t.co/hZDDgMeVNM 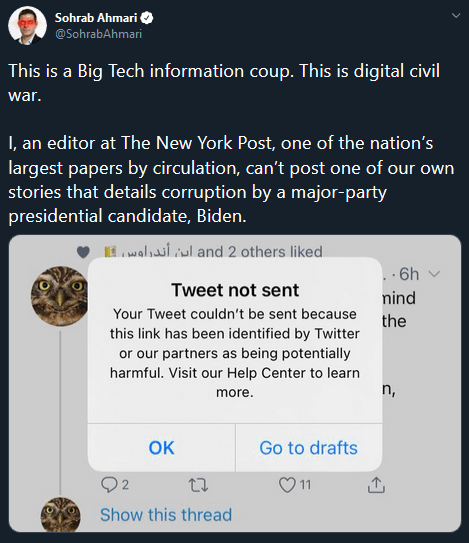 Look carefully at what Twitter is saying to justify censoring the Biden story. If applied consistently, it’d mean that some of history’s most consequential journalism — the Pentagon Papers, WikiLeaks’ war logs, Snowden docs, Panama Papers, our Brazil Archive — would be banned. pic.twitter.com/pQziZr1qwT

Twitter has blocked users from tweeting the link to the @nypost's story on Hunter Biden.

The FBI hid the evidence on Hunter Biden's laptop.

And where are the tapes from raid on Jeffrey Epstein's home?

Or the 31 phones the Mueller team destroyed?

It looks like the FBI/DOJ is really just a DNC clean-up company. 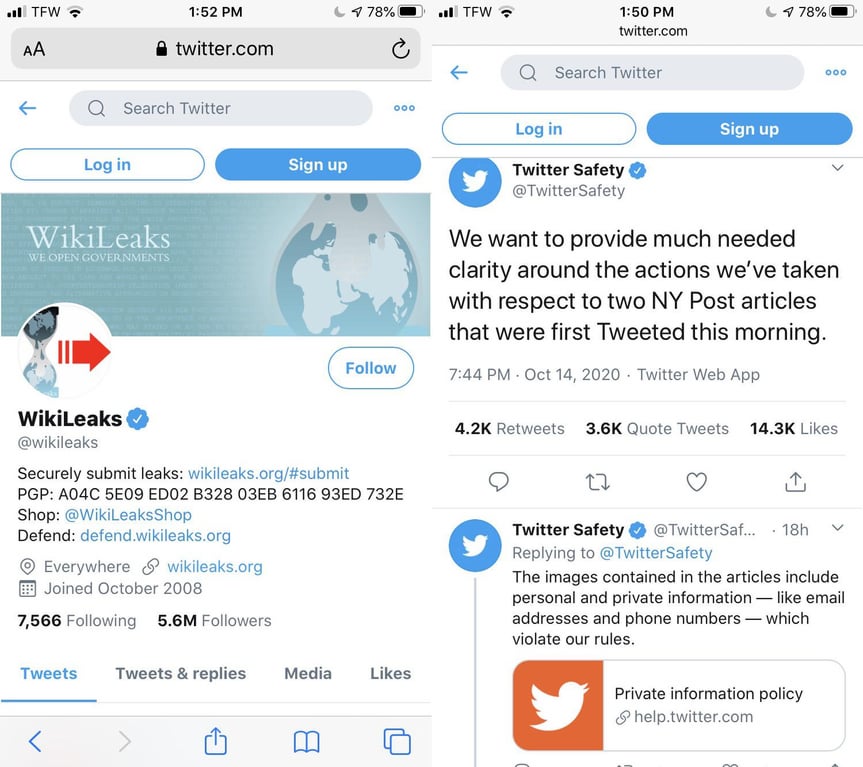 “When you cut out a man’s tongue (censor him), you are not proving him a liar; you’re only telling the world you fear what he might say.”