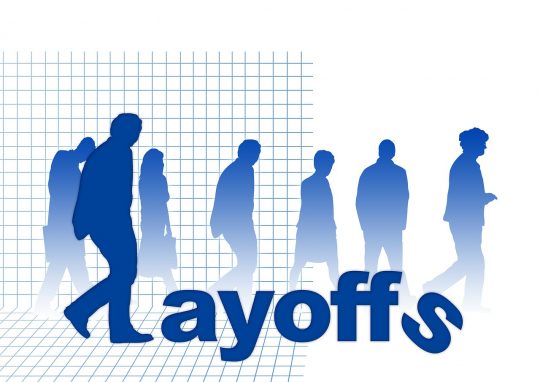 We have not seen anything like this since the last recession.  Layoff announcements are coming fast and furious now, and the speed at which workers are being laid off is shocking a lot of people.  In this day and age, big companies have absolutely no loyalty to their workers.  The moment it becomes financially advantageous for them to start laying off employees, most of them will do it in a heartbeat.  I personally know someone that was an extremely hard worker and that put in extra time and effort for his company for many, many years, but he was just laid off because that is what the number crunchers determined was the right move.  It is a cold, cruel world, and as we witnessed back in 2008, job losses can occur at a pace that is absolutely breathtaking when a recession strikes.

Over the past couple of weeks, I have been documenting the numbers that indicate that a major economic slowdown has begun, and we may have gotten the biggest one so far on Thursday.

According to Challenger, Gray & Christmas, the number of job cut announcements in February was up 117 percent compared to the same period last year.  The following comes from Fox Business…

While many experts and investors are eagerly awaiting data on status of the labor market Opens a New Window. to be released by the government on Friday, a new report shows U.S. employers cut more jobs Opens a New Window. last month than they have in the past 3.5 years.

Even though it is the shortest month of the year, U.S. employers announced plans to cut 76,835 jobs last month, according to a report from Challenger, Gray & Christmas. That’s a 117 percent year-over-year increase, and a 45 percent increase over January’s numbers.

You have to go all the way back to 2015 to find a month that was as bad as February.

Are you starting to see that the momentum for the economy has clearly shifted?

The economic news just keeps getting worse and worse as we roll through 2019, and the retail sector is being hit harder than just about anyone else.

In fact, retailers announced more job cuts in February than any other sector did…

The retail sector had the most planned job cuts, with 41,201 so far this year – the highest January-February total since 2009. The industrial goods sector – including some manufacturers – followed with nearly 32,000 cuts announced during the same time period.

The primary reasons employers cited for eliminating positions were restructuring and bankruptcy.

This is being called a “retail apocalypse”, and we are on pace to absolutely shatter the all-time record for store closings in a single year.

At this point, retailers have already announced the closure of more than 5,300 stores.  The following list of retailers that have announced that they are shutting down at least 10 locations comes from Business Insider…

And that list doesn’t even include the fact that Amazon is closing all 87 of its pop-up stores.

I have repeatedly warned that we will be facing a future of boarded up windows, empty retail stores and abandoned malls, and it is happening right in front of our eyes.

Of course it isn’t just the retail industry that is rapidly laying off workers.  Here are just a few of the highlights from the workforce reduction announcements that we have seen in recent days…

-Tesla continues to struggle, and they have already laid off 8 percent of their entire workforce.

-Microsoft is cutting approximately 200 jobs in their commercial sales business.

-We Work has announced that they have let 300 employees go.

-Devon Energy is eliminating about 200 workers.

-Encana has announced that it is laying off 274 workers in the Houston area.

-Ocwen Financial is planning to lay off approximately 2,000 workers over the course of 2019.

And in my article yesterday, I noted that General Motors is shutting down four major production plants this year.

The bubble of debt-fueled false prosperity that we have been enjoying is disappearing, and the road ahead is going to be really rough.

On Thursday we also learned that U.S. household wealth has been plummeting.  In fact, the fourth quarter of 2018 was the worst quarter for household balance sheets since the last financial crisis…

Americans’ net worth fell at the highest level since the financial crisis in the fourth quarter of 2018 as sliding stock market prices ate into the household balance sheet.

Net worth dropped to $104.3 trillion as the year came to an end, a decrease of $3.73 trillion from the third quarter, according to figures released Thursday by the Federal Reserve. The fall amounted to a drop of 3.4 percent.

An increasing number of families are feeling financially squeezed these days, and many of them are accumulating large amounts of debt as they attempt to keep things going.

But for a lot of Americans that are currently drowning in debt, the end of the road has already been reached.

This is a consumer debt crisis that already surpasses the numbers that we witnessed during the last recession.

Nobody is quite sure what is going to happen next.  This is very much a developing story, and I will share new numbers with you as I get them in.

We haven’t experienced anything quite like this since 2008, and most Americans are completely unprepared for a new economic downturn.