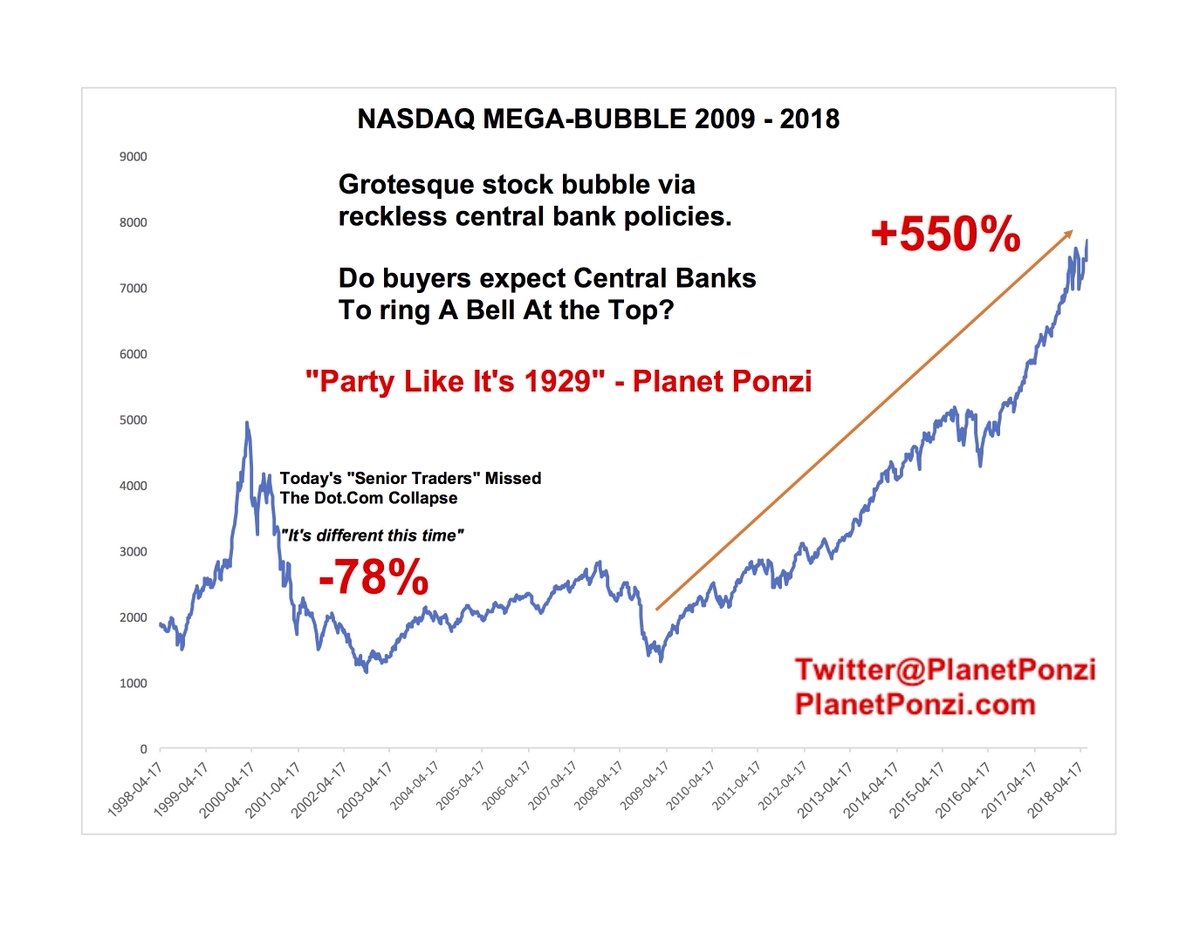 BTFD Crowd has been getting monkey hammered $SPX pic.twitter.com/Sp0HIVFNs9

According to #ElonMusk: #Tesla to layoff 9% of its workforce. Tesla is The Best Example of "Irrational Exuberance" a #Ponzi Scheme, a "Best Short" above $355! Party Like It's 1929! pic.twitter.com/5mWpwz0zqz

👋 👋 @CNBCFastMoney please review my attached resumé, I think we can all agree my #StockMarket analysis is just what you’re looking for… pic.twitter.com/vSJQl4IEfx

Want to say in NO UNCERTAIN TERMS this is EXTREMELY UNHEALTHY BEHAVIOR – ITS EXOGENOUS ACTUALLY#ticktools pic.twitter.com/GLUIGTHGX5

1. Devalue the Yuan, and risk capital outflows like back in 2015

2. Sell US Treasuries, and devalue their foreign holdings

For China it's decision time pic.twitter.com/l00GXQOQwM

China will run out of ammunition faster, since it imported only US$130 bn of goods from the US in 2017. But, including services, the imports amounted to US187 bn and China could impose higher tariffs than the US in a bid to retaliate one-to- one. (@OxfordEconomics) pic.twitter.com/80iC6t2YKw

Stock markets are near all-time highs, bankers are taking big bonuses once again, and America is shaping up for the mother of all global trade wars… What could possibly go wrong?

Is the global economy back to ‘business as usual’ after the great financial crisis? Or is our intuition telling us something different? What is really going on in the markets and the wider global economy?