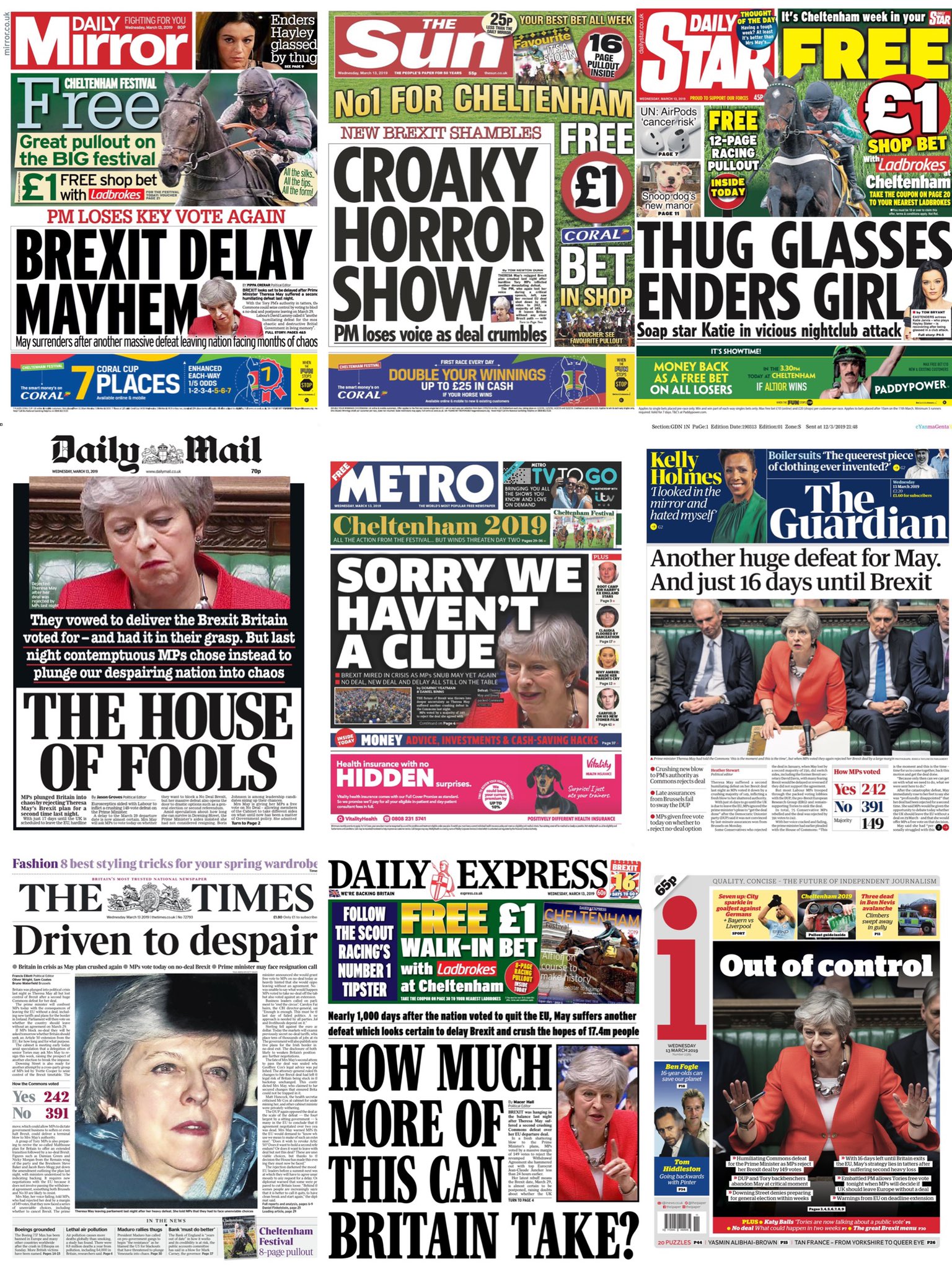 BRITAIN was last night plunged into chaos once again as MPs voted to kill off Theresa May’s Brexit deal by 391 votes to 242.

Now 993 days after the referendum, and with just 17 days before Brexit, Brits are still in the dark about when or if we will ever leave the EU. 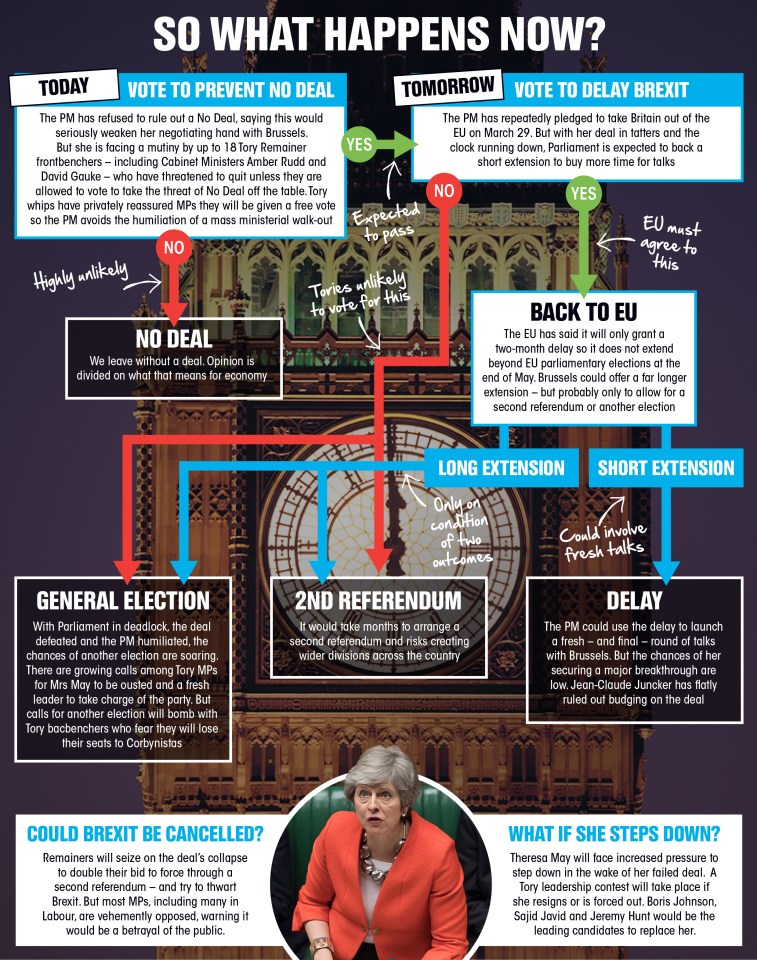 Furious MPs blasted the uncertainty – saying the “wretched soap opera of Brexit continues” as the country heads “back to square one”.

And Cabinet ministers were summoned for a crisis meeting at No10 to work out how to move forward.

Parliament has repeatedly voted against Mrs May’s strategy for leaving the EU on March 29 – last night the Commons laughed and cheered after the the fresh chaos was confirmed.

UK Prime Minister Theresa May’s latest plan for Brexit suffered an epic 149-vote rejection in the House of Commons. Delaying withdrawal from the European Union may leave the UK at the mercy of Brussels setting its own terms for it or thwart the plan altogether. RT’s Polly Boiko reports for the News with Rick Sanchez.