“They say you’re a man of vision.  Is that true?” – Lonesome Dove 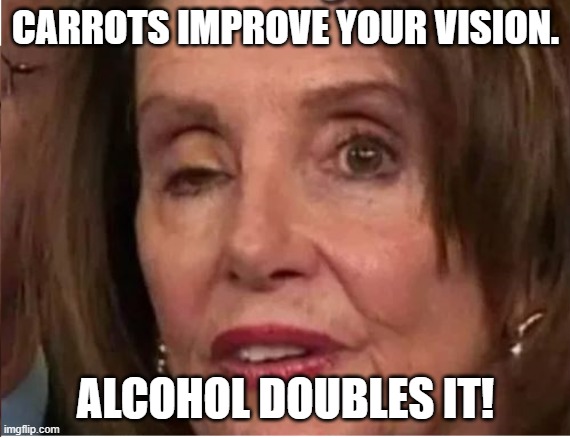 (John Wilder note:  Please read this post all the way through because I think you’ll find this one of the most useful posts that I’ve put together.)

Ludwig Von Mises is was an economist.  His pronouns are dead/buried.  The sure sign of the best economists is that they’re dead, because then they can’t ask to be paid for being wrong all of the time.

One thing that Von Mises left us with was a book called Human Action.  Really, it wasn’t a book, it was him sitting at his typewriter and generating a 400-page doorstop like he was getting paid by the punctuation mark.  I read some of it back in my more libertarian days.  Dry doesn’t begin to describe it – after completing two hundred pages you become as desiccated as King Tut’s armpit.

Thankfully, the main ideas of Human Action are quite powerful and also pretty simple.  And, it won’t take me 400 pages to get to the point.  Von Mises created a model of human action where he states that each and every voluntary human action requires three things:

A Path To Get To A Better State:  It just so happens that there’s a beer in the fridge, so if I got my sorry butt off of the couch, I could walk over and get one.

A Belief That Action Will Really Lead To A Better State:  I really and honestly believe that I could walk to the fridge and get a beer, since I deactivated the trap door that leads to the alligator pit. 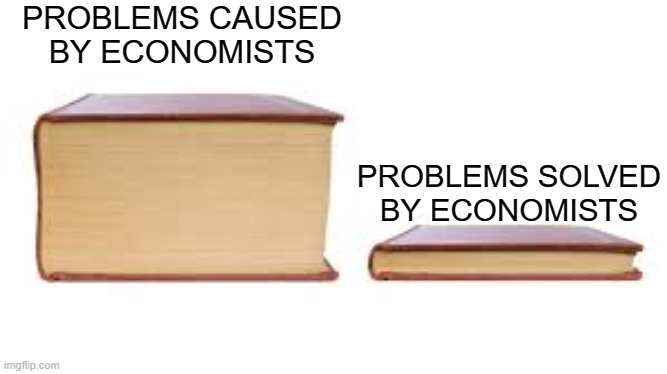 How many economists does it take to fix a lightbulb?  Don’t know, they’re still arguing over why the last one broke.

In my example, I started off with a Vision first.  That’s one way that action can occur, but not the only way.  The three necessary conditions can really come in any order.  I might have a pile of lumber and a saw and a hammer.  So, I have a Path.  I have Belief that I could build something out of wood since I’m okay at building stuff out of wood (just okay, not great).  After thinking about it, I decide to build a PEZ® dispenser sized for PEZ© the size of cinder blocks with an articulated carved Anne Coulter head so her jaw can open as wide as a python’s.  In this example, my Vision of a better state (and need for a really big spring) came last.

I’ve found when analyzing the actions I personally take, a truism:  if all three of the Human Action requirements are met – Vision, Path, and Belief – then my action is guaranteed.  Likewise, if even one of them is missing, nothing (and I mean nothing) happens.

This model is useful to use when people that you’re working with aren’t doing what you want them to.  Analyze the situation:  which of the three elements of the Human Action model are missing?

People in business have been using this model on you for as long as you have lived.  Think of a typical car commercial:

All commercials are based on manipulating these three simple elements.  Commercials are attempting to get us to take action – or to avoid taking an action.  Most are trying to get our money, but some are trying to convince us that Steven Tyler from Aerosmith© personally cares whether or not we drive drunk. 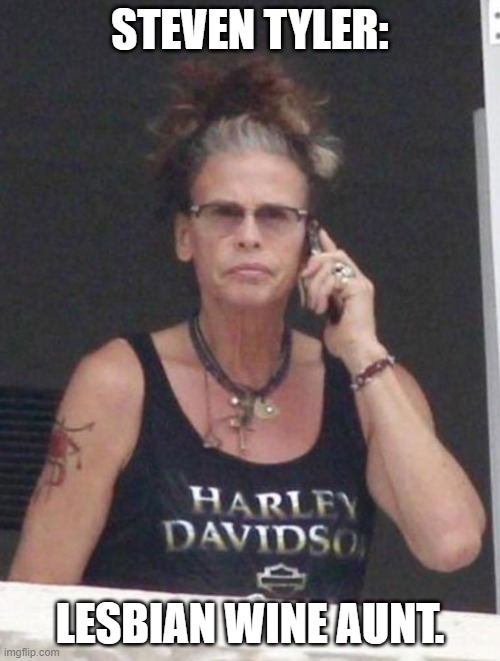 Steven Tyler just released two books.  One’s a cookbook, and the other’s an art book:  “Wok This Way” and “Doodles Like A Lady”

Manipulation is the key to this game.  Understanding when you watch a commercial how they’re trying to change our views allows us to be on guard against that manipulation.  And, as I noted before, it is a very rare commercial that wants to appeal to logic.

Emotional manipulation is where the money is at.  The advertisers want us to use their gasoline and love it because, um, it’s more gasoline-y than the competitors?  Because it has special molecules in the gasoline that make gravy in your pistons?  Regardless, look for the emotional manipulation – it will be there.

So, we’ve saved a few bucks because we’ve kept the advertisers out of our heads.  Hurrah!  But who else is using this model?

Well, Big Government, for one.  On January 6, 2021, all the Congresscritters had at least a bit of pee in their pants.  A group of relatively aimless protestors stopped off at the Capitol to share their opinions with their elected representatives. 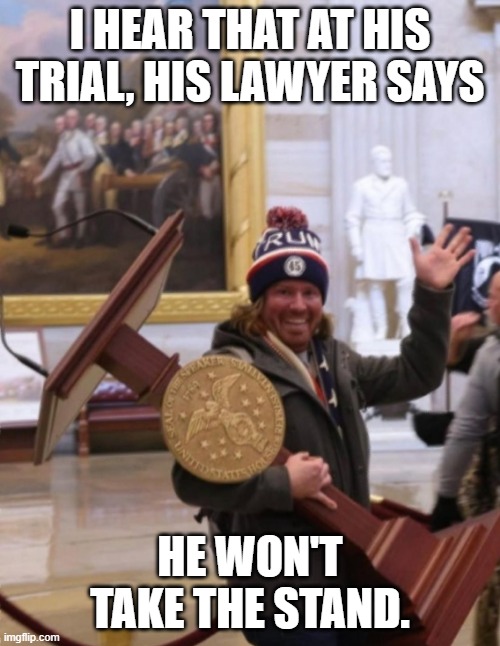 I was on a witness stand at a trial in Alaska, and the lawyer asked me, “Where were you on the night of November to March?”

The group’s Vision was murky.  “Walk over and complain” might be a good description.  It was certainly more peaceful than most of the George Floyd riots (and more on them in a minute).  The Path was easy – it’s not even a very far walk from their rally to the Capitol Building.  Did they have Belief that their action would allow them to “walk over and complain”?

But that’s not what the Congress Swamp Rats saw.  They saw a group that, with a slightly different Vision could have easily started a movement that would have ousted our current government via a revolution.  As every reader here knows (and as every Congressional Parasite knows), the rank and file of the Right are the single largest army the world has ever seen.  Even if the Right was pitiful, it could take over forty (?) state governments in 24 hours.

We are truly governed only by our consent.  Seizing power in America would be trivial if people on the Right had a Vision, a Path, and Belief that didn’t include a government more intrusive than if Google® was a proctologist and more bloated than 1977 Elvis.

That’s exactly what happened when the Berlin Wall fell.  The people suddenly had a Vision:  sexy American girls in bikinis, CD players, and not having to drive crappy commie cars anymore.  They had a Path:  tear down that Wall.  Once they had Belief?  The Wall didn’t last an afternoon.

As another Floyd, Pink Floyd© tried to metaphorically tell us, The Wall is built in our mind, brick by brick. 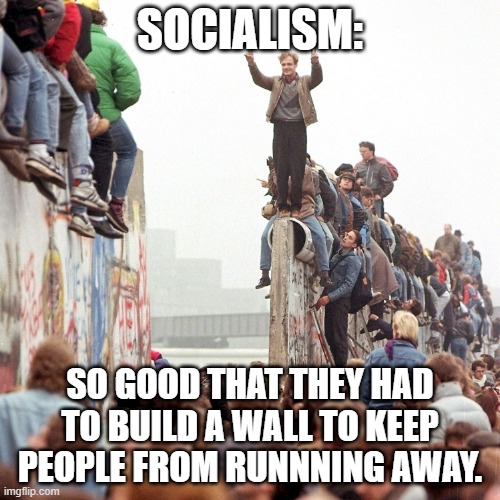 Communism is the noble struggle of the proletariat to overcome the problems that are only caused by communism.

Anyone who thinks the “assault” weapon grab has anything to do with “mass shooting” has bought the emotional propaganda that Big Government (along with Big Business and Big Media) is selling.  Big Government wants the guns off of the street because they are the only real threat that Big Government sees to itself and the privileges that it has given itself.

That’s why the George Floyd riots were so important to Big Government.  What were the protesters protesting for?  More Big Government, more handouts, and more government control – this time not only of our rifles that are rarely used to shoot anyone (484 people a year in the United States for all rifles, compared to 1,476 for knives and other pointy things), but also our speech, our national heritage, and even our thoughts. 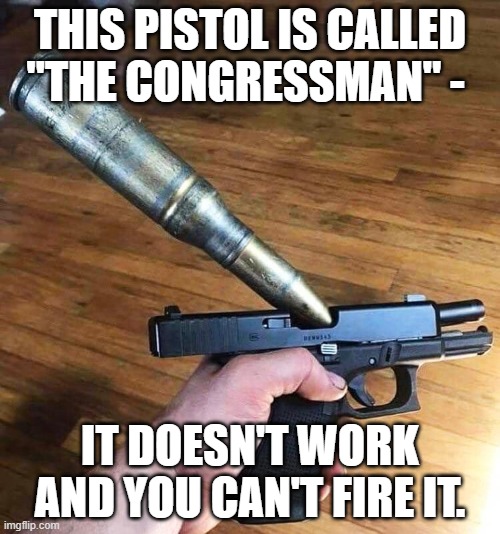 I started carrying a pistol after a mugging attempt.  Now my muggings are more successful.

The biggest trick the Devil tries is to convince you he isn’t real.  The biggest trick that Big Government tries is to convince you that you have no power.  But if we have no power, why are there more troops in Washington D.C. than in Afghanistan?  Big Government has set the Right as the enemy.  I assure you, they are more afraid of the 80,000,000+ people on the Right than they are of the Chinese.

Now that you know their intentions, what else is Big Government, Big Media, and Big Business trying to make citizens feel?

Does this change your Vision, Path, and Belief?