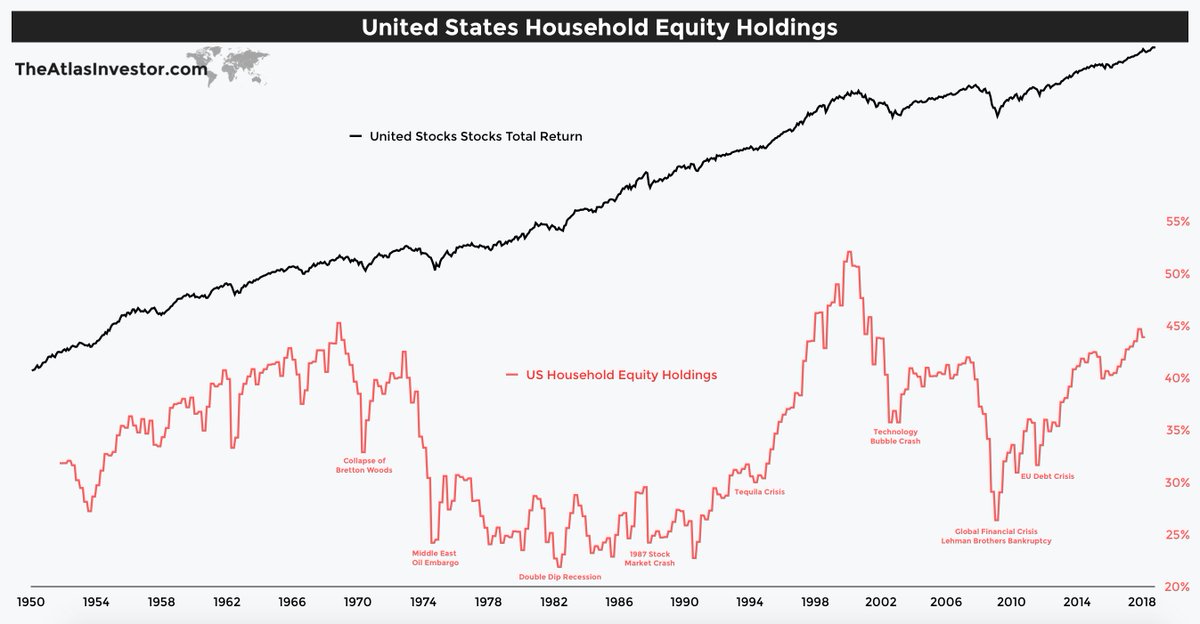 Graph of this issue: pbs.twimg.com/media/DpPfBzeWsAYAwaJ.jpg

US Households have been holding a very high proportion of their wealth in equities — a level only once seen in 1968 and for several quarters in the late 1990s.

Such a high exposure has historically been associated with very disappointing subsequent 10-year total returns. Those of you who are traders shouldn’t be bothered by this, however, the more passive longer term buy-and-hold investor definitely should.

With a historical correlation of over 90% since 1951, the subsequent 10-year returns tend to match household equity exposure rather well. Firstly, it goes to show that March 2009 was a fantastic buying opportunity pricing future returns @ 17% per annum.

Secondly, buying US stocks during the EU debt crisis of 2011 could produce a 12% compound return for the next 10 years. However, looking at today’s household exposure, a buy-and-hold investor entering the market might be in for a major disappointment!

Is it simply human nature to sell during crashes (2008) even though it is not the best decision?

What do you think is a good long term percentage, for households, to hold stocks? 20% ?