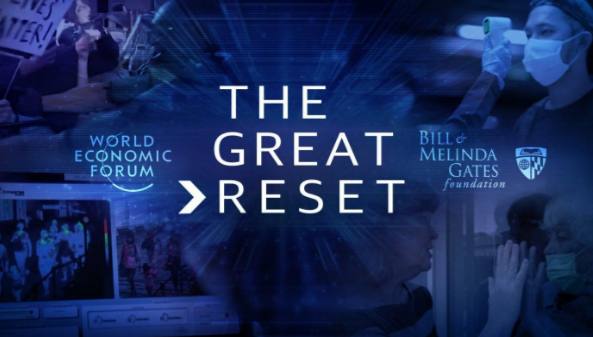 This is how the elites plan to go from “vaccine” passes to total technocratic enslavement of humanity:

Once digital identity is implemented, they can then fuse this system with their planned one-world digital currency.

All of this will occur while they construct 5G-powered, Sustainable Development, Climate-Change-friendly Smart Cities around the world, for the total micromanagement of the masses.

Smart City construction will be led by China’s Belt and Road initiative, and primarily utilize Chinese/Israeli technology, and they will implement a China-style social credit system, to be linked to digital identities.

They aim to abolish private property, turn the world into “nations of renters” — as UN-partnered World Economic Forum says “You will own thing and be happy.”

Everything will be owned by technocrats and rented, with digital money.

Those who have too low of a social credit score (being racist, sexist, homophobic, not “eco-friendly” etc.) will be shut out of basic services by the digitized and automated Smart Cities.

Bill Gates filed a patent for some sort of bio-energy harvesting device that transforms people into human crypto-mining machines, patent WO 2020 060606 — 666, i.e. Biblical stuff by any metrics.

Very obvious where everything is heading, isn’t it? That if you’re paying attention.

But it’s increasingly looking like the above might be among the *more* stable regime trajectories. Biden is getting excoriated in the mainstream press by CIA sources (the true arbiters of power) for his humiliating and ill-planned exit from Afghanistan, and his cognitive decline is increasingly difficult to hide.

They are able to pump him full of enough drugs so that he can appear lucid for a few minutes in an emergency situation, but that’s about it; over the most consequential and important week of “his” administration so far, he has spent a grand total of about 6 hours in the White House, and the rest on vacation in Delaware.

The point is that the knives are out and it is now more a question of “how,” rather than “if,” Biden will hand the Presidency over to Kamala.

The problem for the regime is that, number one, she is incredibly unliked even among diehard Democrats (never broke 2% in the 2020 primaries); and two, confirmation of her VP would require a majority of 51 votes in the Senate, not inclusive of her formerly tiebreaking vote (as Kamala herself would no longer be VP).

Depending on the timing with respect to the 2022 midterms and the extent of GOP intransigence, this could easily create a subsidiary succession crisis, where for example there is nobody occupying the office of VP, putting Nancy Pelosi (!) a heartbeat away from the Oval Office—or any number of other strange, unpredictable outcomes, creating yet another source of instability.