In January 2020, Tesla became the most valuable U.S. automaker ever. Their latest earnings report surpassed market estimates and resulted in the company’s first annual profit. Tesla is best known for its electric vehicles (EV), unique in a marketplace where most products are powered by petroleum. Since Tesla went public in 2010, the company has enjoyed consistent market success. Our new visualization compares Tesla’s market capitalization against other well-known automakers headquartered both in the U.S. and overseas. 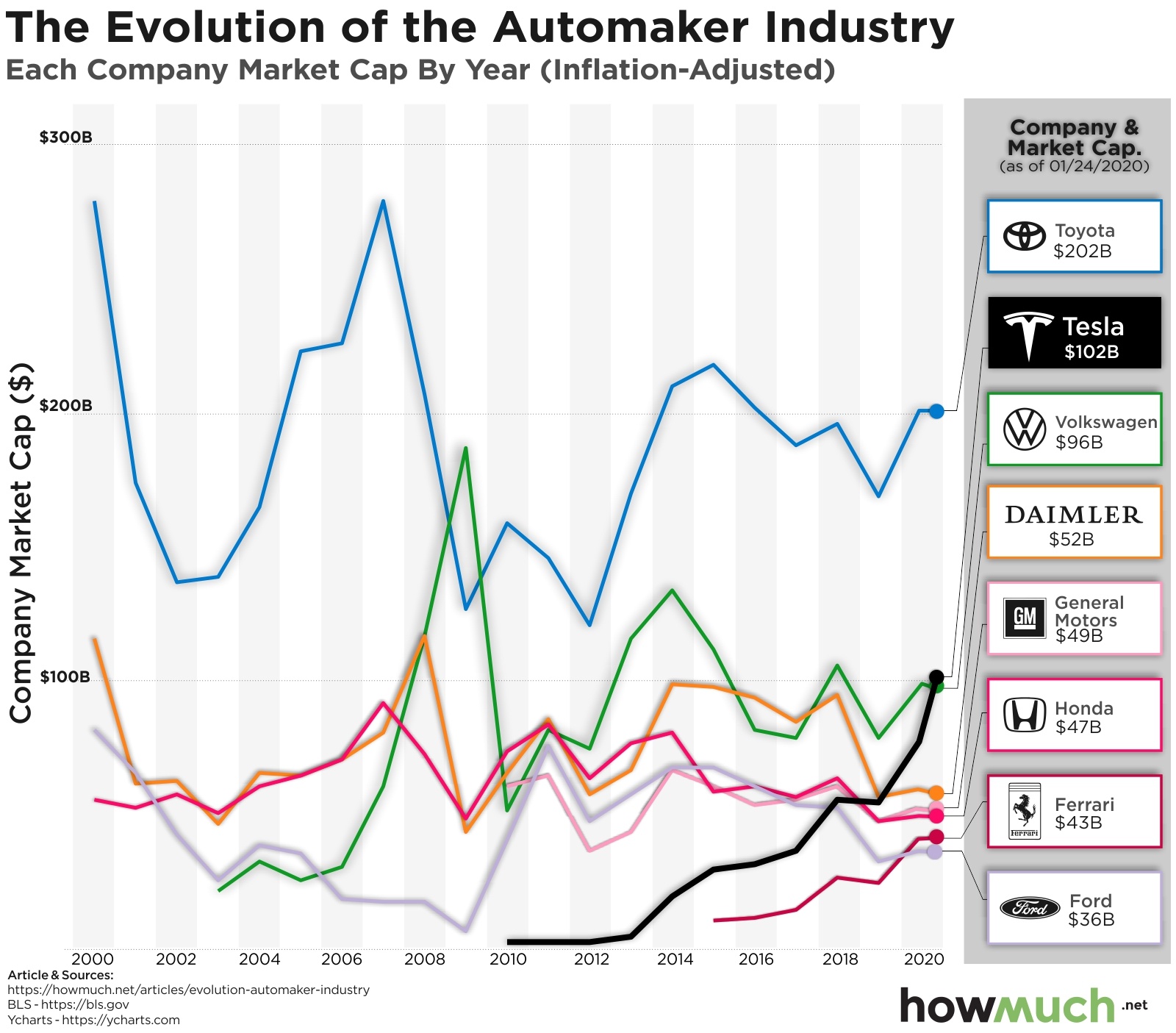 The chart tracks the market cap of eight publicly-traded automakers over the past 20 years. Each automaker is represented by a differently colored line, with the line originating from the year of its IPO (or the year 2000) and continuing through 2020. The numbers listed under the company names and logos on the right side of the chart are the most recent market caps, retrieved on January 27, 2020. As you can see, most of the automakers in the chart have experienced significant market volatility over the past 20 years.

Tesla’s market cap is more than twice the amount of the other U.S. automakers on this list, General Motors and Ford. Consumer appetite for electric vehicles seems to be growing along with concerns about the environment and the effects of climate change. Interestingly, Tesla’s Model 3 is the only EV making some headway in the U.S. Taking into account all models, Tesla’s EV market share was around 78% in the U.S. However, some analysts say that this Tesla fever may come to an end if the government cuts the subsidies for consumers. If you’re wondering how much it costs to buy an EV, here is a breakdown by state.

Would you consider making the switch to an electric vehicle? Let us know in the comments!