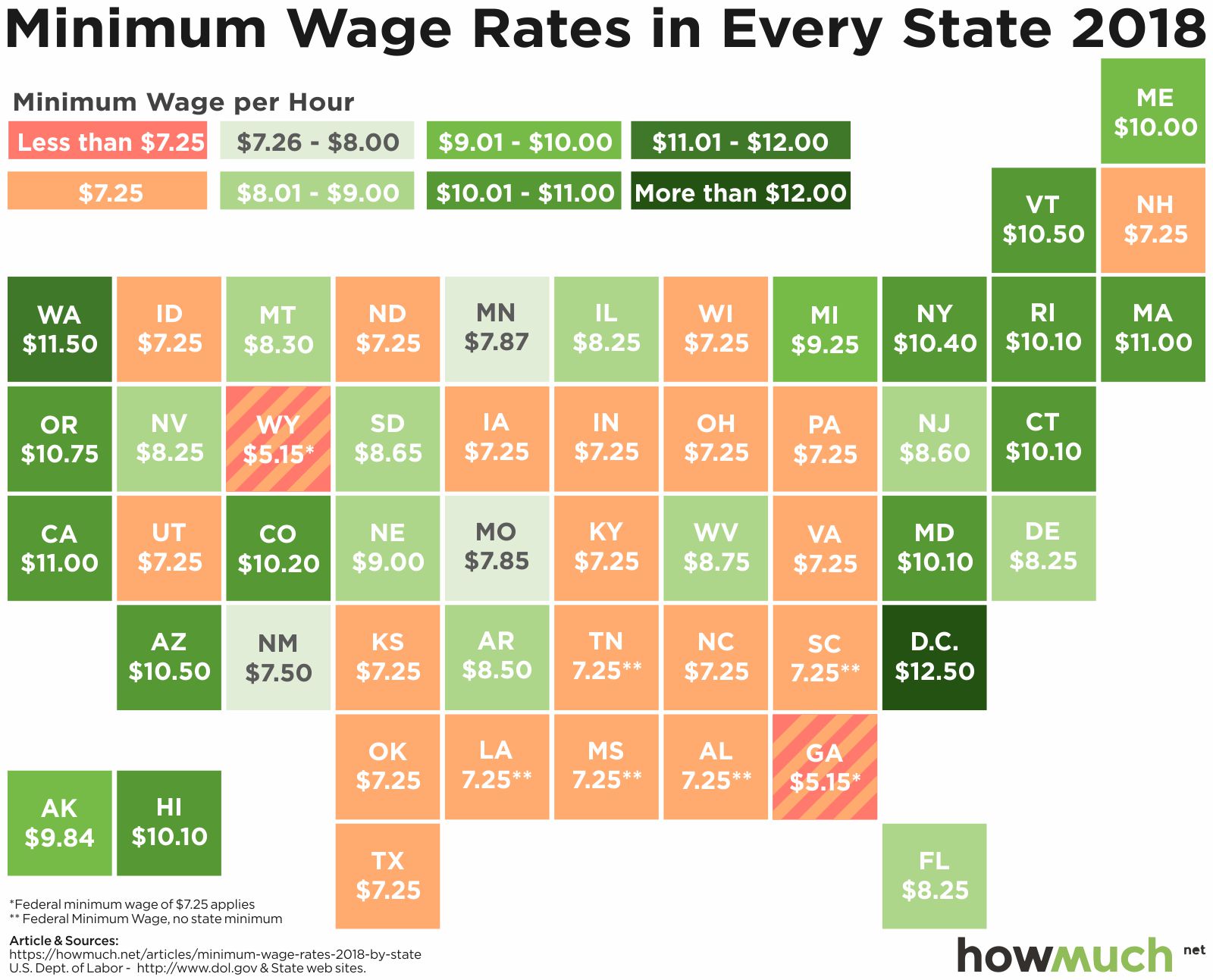 It’s also worth pointing out that in 2018, a total of 18 states changed their minimum wage laws. Another interesting note is that Amazon, one of the largest employers in the US, raised its own internal minimum wage to $15 the same year. The federal minimum wage has not been changed since 2009, but there are outside pressures pushing minimum wages up, despite a lack of action on the part of federal policymakers.