According to the U.S. Census Bureau, homeownership rates dropped in the first quarter of 2019 after steadily rising for the past two years. Factors such as student loan debt, financial insecurity, and high housing prices are disincentivizing some would-be homeowners from buying a property of their own. According to our latest analysis, it is still cheaper to rent than buy a home in most states. 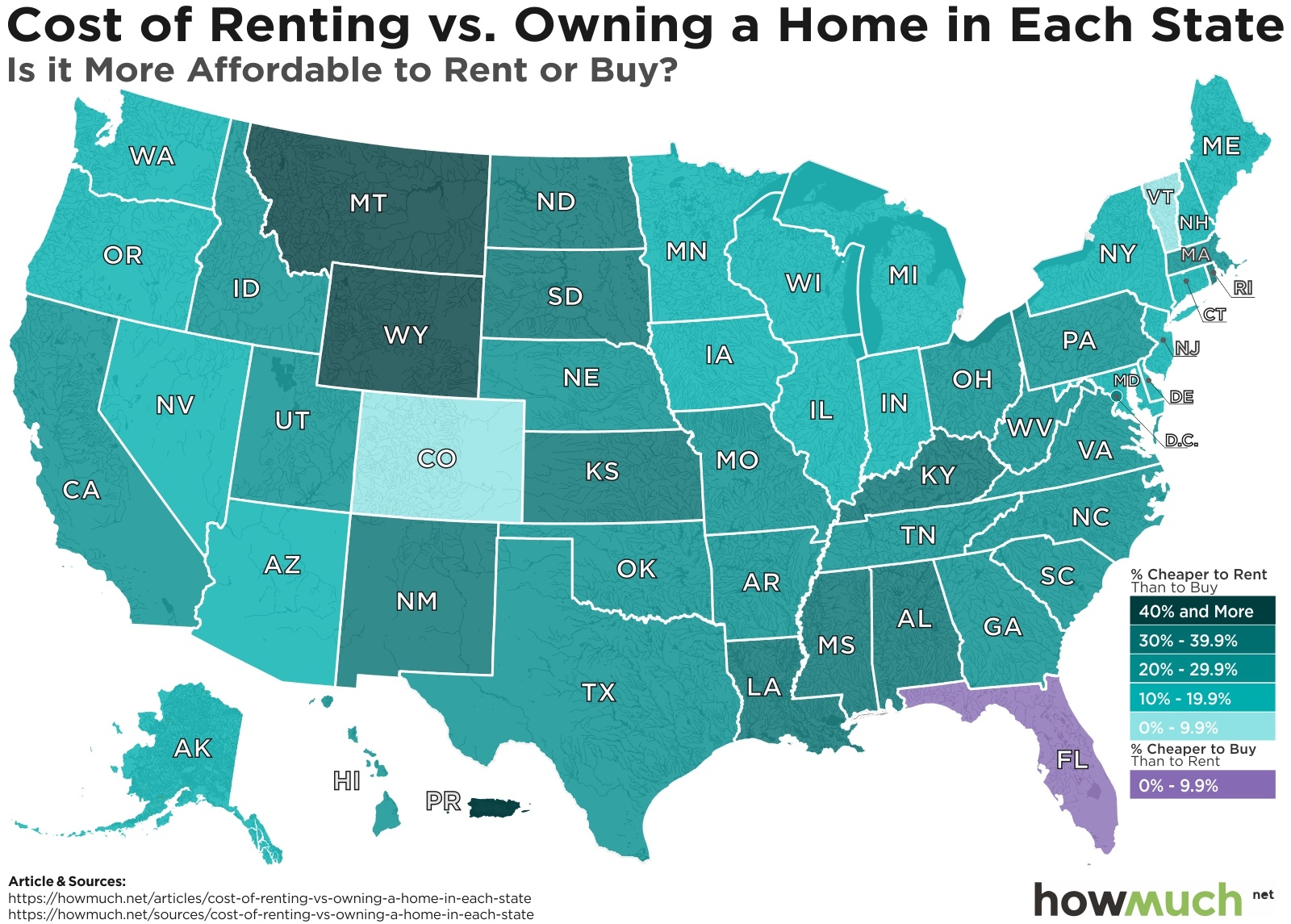 Our latest visualizations use data from the U.S. Census Bureau’s most recent American Community Survey to compare the cost of renting a home and owning a home in each state. To calculate the median monthly mortgage payment, we subtracted median housing costs of houses without mortgages from median housing costs of mortgaged houses. For median rent payments, we used contract rent, which is defined as the monthly rent for a home without including payments for utilities.

The turquoise states on the map above indicate where it is cheaper to rent a home rather than buy a home, with the darker shades of turquoise representing a greater percentage difference between buying and renting. In the purple states, it is cheaper to buy than to rent. Florida is the only state in which it is generally cheaper to buy than to rent. Here’s a breakdown of the median rent and mortgage costs, state by state: 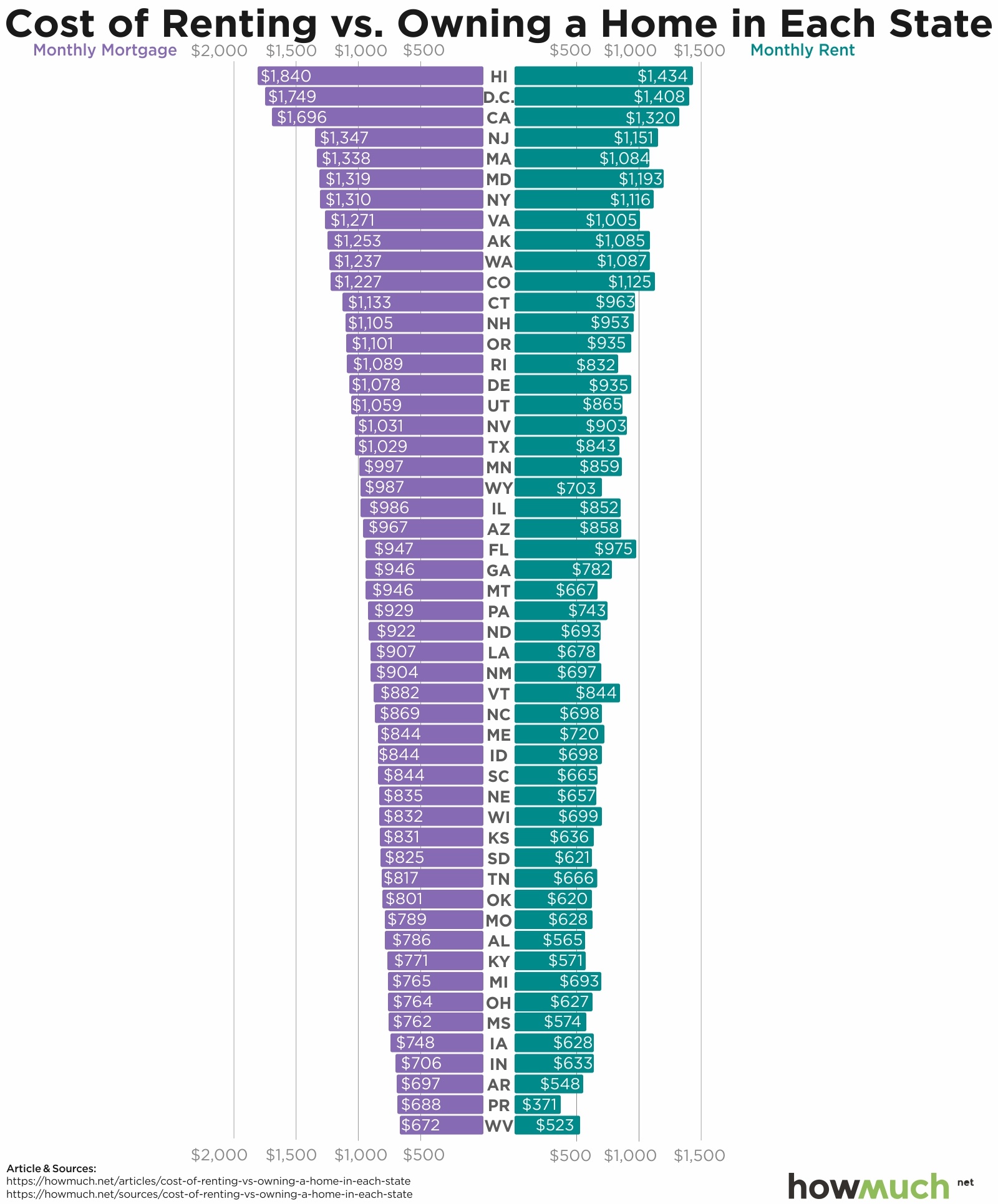 Top 10 States/Territories Where Renting is Cheaper Than Buying

Contrary to popular belief about rising home prices in major coastal hubs like New York City and San Francisco, conditions for home buyers are generally a little friendlier on the West Coast and the East Coast compared to the South or Great Plains. In the South and Great Plains, it is still significantly cheaper to rent than to buy, often leading to savings of 33% percent or more on housing costs. The geographic outliers are Puerto Rico ($688 mortgage vs. $371 rent) and Rhode Island ($1,089 mortgage vs. $832 rent). If you still have dreams of homeownership, regardless of where you live, you may find it easier to rent for a few years to save up for a down payment.

Curious to see housing costs in some of the country’s largest metro areas? You can view that visualization here.