Consumers have some good news to celebrate despite the COVID-19 pandemic. With the government sending out stimulus checks and the coronavirus keeping a lot of people at home, people are paying down their credit card debt at a very high rate. 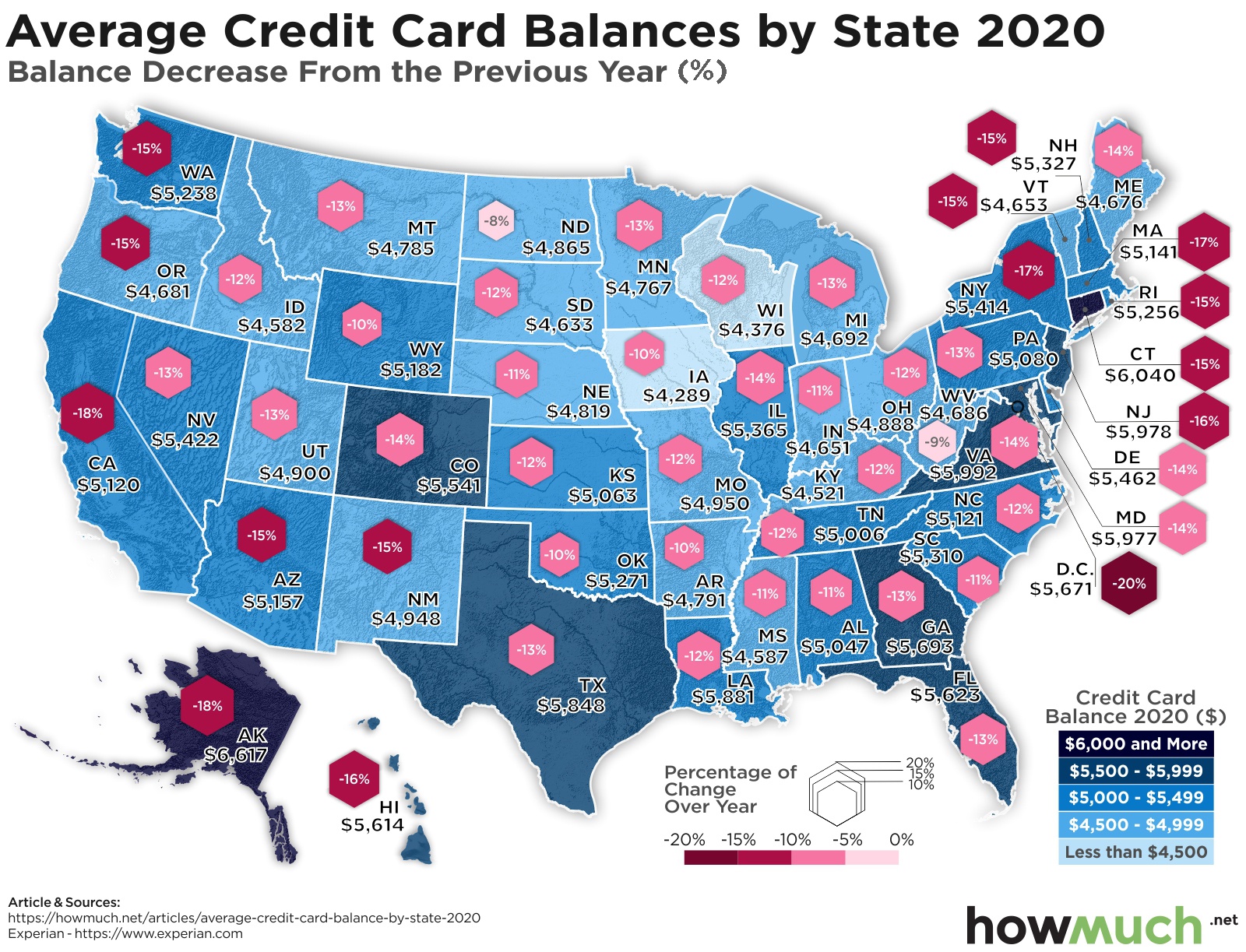 We found the data for both of our visualizations at Experian, one of the major U.S. credit reporting agencies. First we color-coded each state based on the severity of credit card indebtedness. Then we added another layer to indicate the relative decline of average credit card debt from 2019 to 2020 for each state. And finally, we broke the numbers out by generation, demonstrating who has the most credit card debt.

The good news is that average credit card debt is declining across the map. In fact, every state has seen a double-digit decrease with the exception of North Dakota (-8%) and West Virginia (-9%). People living in Washington, DC paid off an amazing 20% of their credit debt in a single year, followed by Alaska and California (both -18%). That being said, Alaska remains the state with the highest credit card balances on average, totaling $6,617. At the other end of the spectrum, Iowans boast the lowest average debt at $4,774, however they only paid off 10% from 2019 to 2020.

Another way to look at these figures is to break the numbers out by generation. Generation X, or people 40 to 55 years old, carry the highest overall credit card debt on average ($7,155). Compare that to Generation Z, which only has $1,963. Evidently, consumers rack up credit card debt throughout their lifetimes. 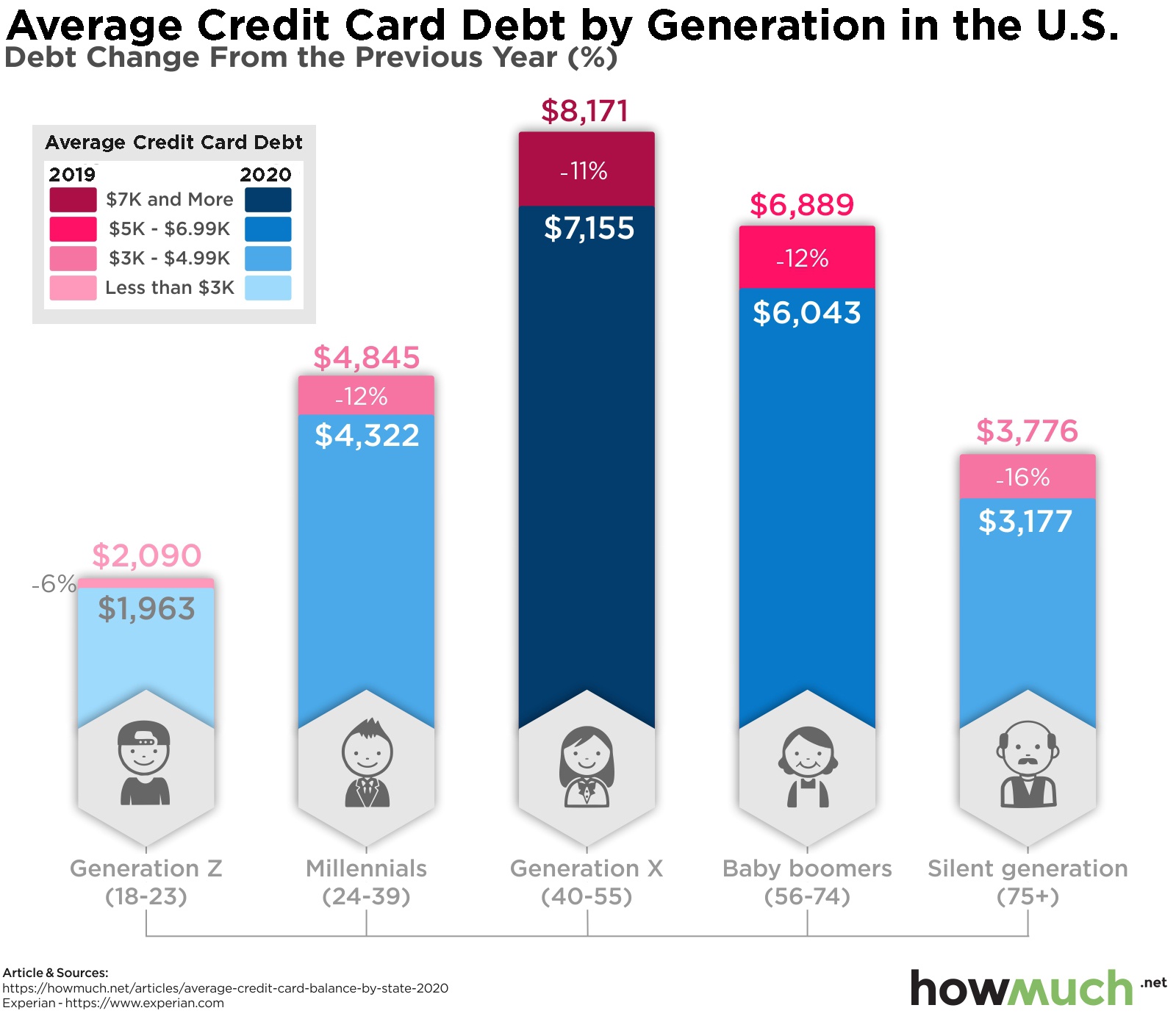 There are two main reasons why credit card balances are declining. First, the coronavirus continues to pose a threat to the economy, forcing businesses to shut down and keeping consumers from going out. A lot of people are curtailing their spending as they stay at home and don’t travel, leaving more room in their budgets for paying down debt. Second, the U.S. government is actively considering another round of economic stimulus. This includes supplemental unemployment benefits, and some people are actually making more money without a job than they were working. Another part of the stimulus involves direct cash payments from the IRS to taxpayers, and surveys indicate a lot of people use the extra financial windfall to pay down debt.

Overall it is good news that credit card balances are declining across the board. However, they are still quite high. If you are on the market to refinance your debt, a good place to start is by checking out our cost gude of unsecured personal loans.