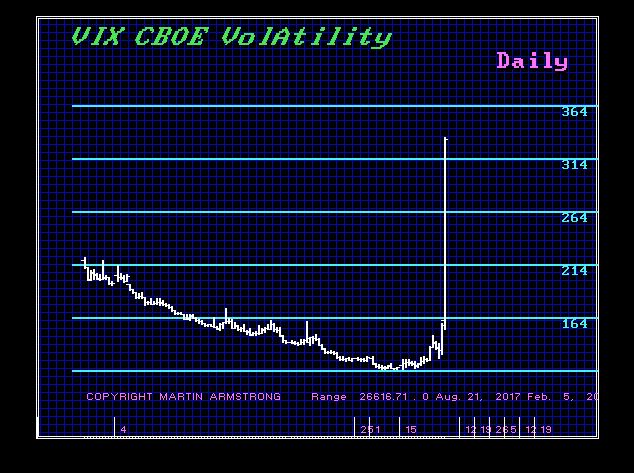 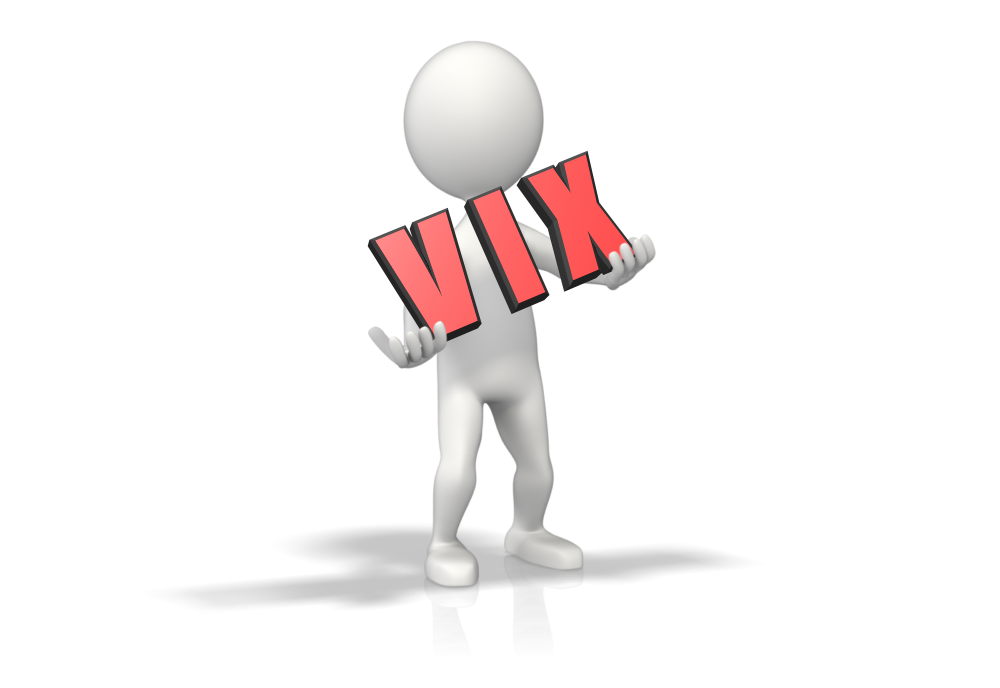 I have heard first hand from some significant players that do speaking engagements for very large pension funds that a product was being offered to the pension funds as a yield enhancer that was based around selling the VIX.   First off, why would anyone trust a product that is being offered by a big bank with a trading desk?  That is like CDO-slaughter-101 (circa 2007).  With vol going from 10-13 all the way up to near 50 think of the convexity in a 2-3 day period of time and the liability left on that one?  For who?  For the pension funds who were picking up scraps?   Makes me want to hurl when I think about our society cannibalizing itself.  Here is the pension fund space picking up scraps on some garbage VIX product and even worse the seller of the product knows exactly who, what, when and where. The VIX has been riding for a crisis for the last 6 months. Well – it’s here!

Today I heard from a pretty good source that “someone big’ was front-running someone else pretty big.  Now that fits like a hand in a glove doesn’t it?   That may have been a lot of what created today’s landmark slide and evaporation of liquidity.   Hoping to hear Mr. Armstrong’s comments or at least thoughts on this.   If correct, will the pensions bury this as they have all their other under performance?  Or will we see this in the form of heads rolling?  Either way its the widows and orphans that lose out when the pensions are unable to meet their obligations.

This is getting very scary Mr. Marty!!!!

ANSWER:  It is always the same scheme. Back in the 1990s, the very same guaranteed enhancement of yield was pitched by the brokers. The scheme sold the 10-year against the 30-year bonds and capture the spread. With the leverage of 10:1+, applying that spread to the actual capital thus enhanced the yield.

Here they have been back with selling the VIX perpetually to take in the premium to enhance the yield. The same scheme is always pitched to institutions who then think the firms are smart and reputable so they take the advice. In the case of the bond scheme, that took down Orange Country in California and Merrill Lynch & Company had to pay $400 million in damages.

I was advising Temple University at the time. Merrill Lynch & Company was pitching the bond scheme for the Trust fund. The board told them to run it buy me. They were two you kids from Chicago who came to pitch the scheme to me. I told them the yield-curve would reverse and they would be wiped out. They returned to Chicago and flew back reworking their numbers telling me it would be a break-even if the yield-curve would flip. I told them I could not recommend the trade to the Board given this was their trust fund. They told the Board “I did not know the ‘new’ way to make money and I was too old fashion.” Temple did not buy into that scheme.

Selling the VIX has been the cash-pot and now this is in part creating the steep decline. I warned on the Private Blog that we were electing Daily Bearish Reversals “FASTER” from the high than we did back in 1987. 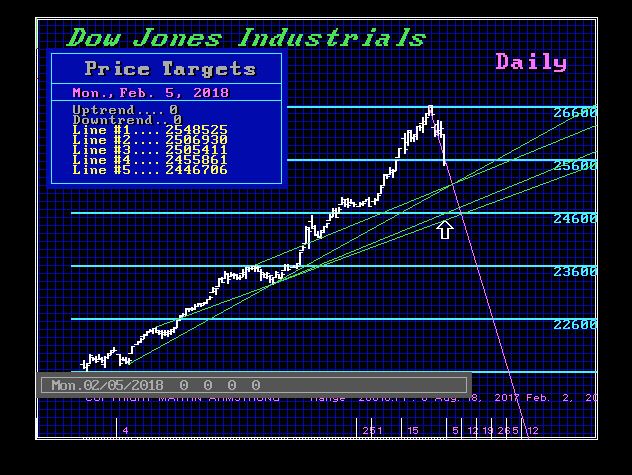 The Dow has made another new low as we expect on the Private Blog last night. We can see that we have broken the normal technical support on the daily level reflecting the real meltdown in the VIX Trade. With back-to-back Directional Changes, we may then see today’s low hold briefly. Make no mistake about this move, we are fulfilling what the model warned for 2018 which I announced at the 2018 WEC. This is a Panic Cycle Year and a sharp collapse was due from the January high.

What is also on point was that on the weekend, the Dynamic Models in the Global Market Watch turned on the Yearly Level stating: