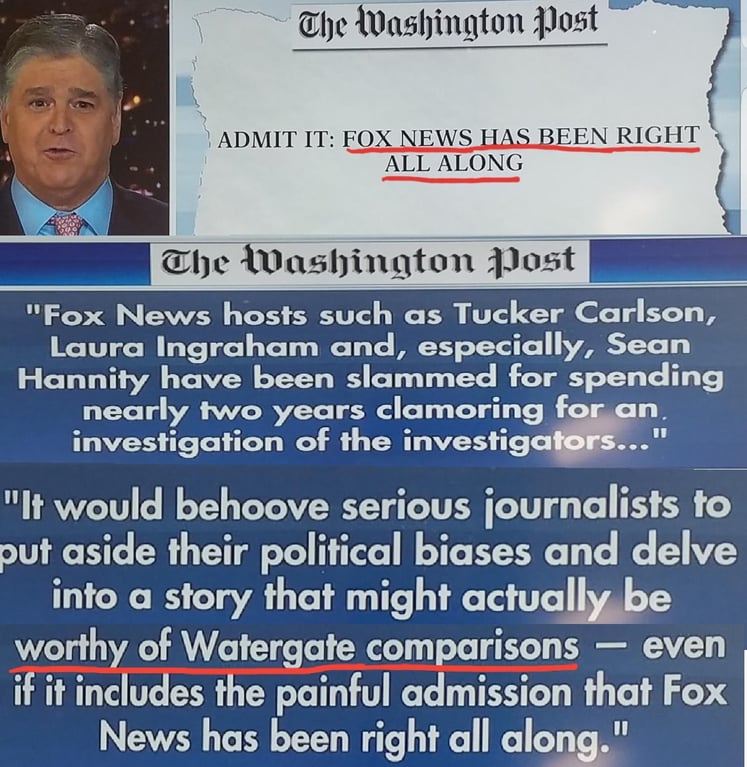 Washington Post: Admit it: Fox News has been right all along!

Throughout most of southern Ohio, residents who watch cable news are predominantly glued to one channel: Fox News.

People there don’t watch Fox News to know what to think; they already know what they think, and they avoid news channels that insult their intelligence and core beliefs. Yes, Fox News is an echo chamber for the right, but no more than CNN and MSNBC are for the left, as far as conservatives are concerned. To be fair, when a Democrat is in the White House, the networks switch places, with Fox News criticizing every move, and MSNBC and CNN defending the Oval Office fortress.

See also  House Democrats Vote to Give Aliens the Right to Vote — IN UNANIMOUS VOTE!

But for now, while partisans on the left may quibble, the fact remains that on the subject of collusion with Russia by President Trump or his campaign, Fox News was right and the others were wrong. For at least two years, MSNBC and CNN devoted hour upon hour, day after day, to promoting the narrative that Trump colluded with the Russians, and that special counsel Robert S. Mueller III was going to prove it. That turned out to be wrong.

Trending:
See also  This is the Single Worst Thing That Could Happen to Stocks Right Now!
Views: 5