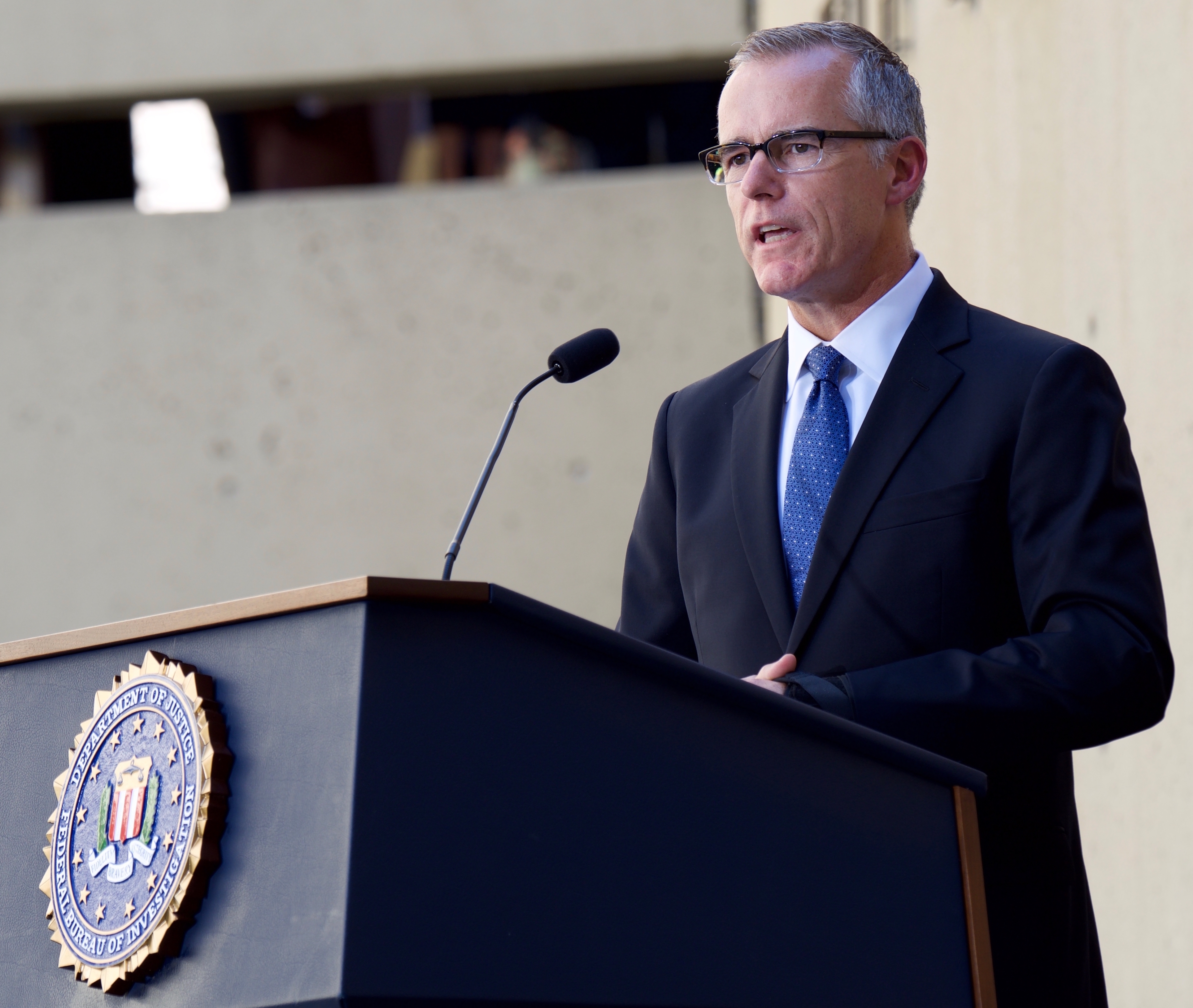 We just got word that FBI Deputy McCabe, a guy who had a very difficult relationship with President Trump is going to step down from his position as per a breaking report via NBC News.

It’s interesting that McCabe was not actually fired, but put on leave until spring, when he’ll officially retire from the FBI. Deputy FBI director was put on leave for the next few months so he can be eligible  for full pension and benefits. There’s no motive provided for McCabe’s stepping down from his position, but we can safely speculate about it a bit later, right after the break. McCabe’s early retirement is good news for the POTUS, who didn’t like McCabe much (and vice-versa). After Donald Trump fired James Comey, McCabe became the de-facto FBI director and during his tenure at the bureau, he was heavily criticized by President Trump (and in a number of right wing media outlets) for his nefarious role in the Clinton investigation. I must remind you that McCabe’s wife ran for office in Virginia back in 2015 and she received considerable amounts of money in the form of campaign contributions from a Hillary linked group. That was one of the main reasons President Trump attacked McCabe.

Now, some conservative outlets (including Fox News) are reporting that McCabe was actually fired on Monday (forced to step down basically), making for the first victim of the famous FISA memo. The thing is, FBI’s director Wray just read the respective memo on Sunday, and what do you know: on Monday McCabe announced his early retirement from the FBI out of the blue, which moves his departure up considerably with no plausible reason given.

Also on Monday, the House intelligence committee is expected to take a vote with regard to releasing the classified memo about FISA abuses, that allegedly contains McCabe’s name, as reported by the Daily Beast last week. Besides McCabe, the “jaw-dropping memo” names Deputy AG Rod Rosenstein, and if that holds true, it will be interesting to see him fired or stepping down just like McCabe.  WaPo reported that McCabe previously announced he is looking to retire from the FBI in March, when he becomes eligible for full pension. Now, he’s currently on “terminal leave”, incidentally right after FBI director Wray viewed the “explosive” classified memo over the weekend.

Hse Intel Cmte expected to vote this evening to release FISA abuse memo. Trump has 5 days to review memo before release but could waive that requirement. Means memo could be public in days

It’s worth mentioning that prominent DEMs like Adam Schiff are very nervous over the possible release of the FISA memo, and that begs the question why. Is he mentioned in the memo too?

What is especially alarming is that the FBI allowed him to stay on so long. The fact that his wife received campaign money from the Democrats, and he wasn’t immediately reassigned, shows that those running the FBI have no clue about what conflict of interest means. All those in charge during the Obama years should be asked for their resignations.
twitter.com/seanmdav/status/957979519843033088
#ReleaseTheMemo