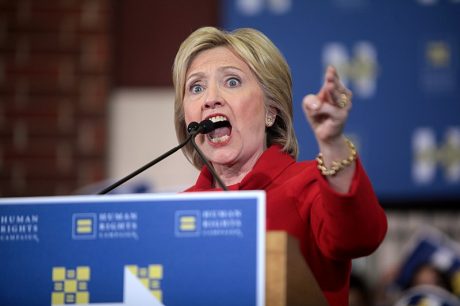 As I travel up and down Idaho’s first congressional district, I frequently talk with voters about how we almost lost everything in November 2016.  When I ask what a Hillary Clinton presidency would have meant for this country, almost every single time I get a response like “it would have been over” or “we would have been finished”.  Our Republic was already hanging by a thread going into 2016, and even four years under Clinton may have been enough to wipe out any hope of ever turning things around.  The election of Donald Trump was literally the greatest miracle in modern American political history, but it doesn’t mean that our Republic has been saved.  What it does mean is that we now have a narrow window of opportunity to save our Republic.
Today they call themselves “Democrats”, “liberals” and “progressives”, but the truth is that leftist politicians in both parties have been steadily marching us down the road toward socialism for a very long time.  Our Constitutional Republic is barely recognizable at this point, and it is going to take emergency measures to restore it.  So now is definitely not a time for politics as usual and more of the same in Washington.  Instead, we need to send bold leaders to Washington that will be willing to turn our deeply corrupt system upside down.  If I am able to win my race and get to Washington that is precisely what I intend to do, but I can’t do it alone.  There are less than 80 days to go until May 15th, and I am asking for your help to win this incredibly close race.
Donate By Credit Card Online: secure.anedot.com/michaelsnyderforcongress/donate
Donate By Paypal: donorbox.org/michael-snyder-for-congress
Donate By Check: Make your check out to “Michael Snyder For Congress” and send it to the following address…
Michael Snyder For Congress
PO Box 1136
Bonners Ferry, ID 83805
Doing nothing is not an option.
If we fail to take advantage of this opportunity provided by the Trump presidency, eventually the left will retake control and will continue marching us down the road toward socialism until the Republic that our founders established is destroyed for good.
In 2018 if we elect typical wimpy Republican politicians that simply want to be part of the Washington club and advance their political careers, nothing will get accomplished.
What we need are visionary men and women that are willing to stand up to the leadership of both parties and say that enough is enough.
We are simply not going to do things the same way any longer.
I’ve said it before, and I will say it again.  What we need is a second American revolution.  I am not talking about a revolution of guns and bullets, but rather one of ideas, values and principles.  I would like to share what I wrote about this second American revolution when I first announced my candidacy last July…

Today, the liberal elite dominate almost every aspect of our society. Their enormous media corporations control more than 90 percent of the news and entertainment that we watch on our televisions, their dominance of the legal system has resulted in the legalization of abortion and gay marriage, and their relentless grip on public education means that an entire generation of young Americans is being indoctrinated in their ways.
And of course for decades the liberal elite have been accustomed to pulling the strings in both major political parties. Many had believed that it would be impossible for us to ever take our government back, but the election of Donald Trump showed us that anything is possible if we will just work together.
Today, our Republic is hanging by a thread. If our founders had not stood up and fought for their way of life, the United States of America would not exist today, and if we do not stand up and fight for our way of life now, there will be nothing to pass on to our children and our grandchildren.
There are many that believe that America is too far gone, and so they are content to sit back and wait for everything to fall apart.
But that is not my choice.
I choose to fight for America.

Every generation of Americans has had to take a stand for liberty, and now it is our turn.
Please join this nationwide movement, because this literally may be the last chance we ever have to take our government back.
If we can get to Congress, we are going to fan the flames of this fire until it sweeps all across America.  But we need to get there first, and you can help make that happen by making a contribution today…
Donate By Credit Card Online: secure.anedot.com/michaelsnyderforcongress/donate
Donate By Paypal: donorbox.org/michael-snyder-for-congress
Donate By Check: Make your check out to “Michael Snyder For Congress” and send it to the following address…
Michael Snyder For Congress
PO Box 1136
Bonners Ferry, ID 83805
This race for Congress is one of the most closely contested that I have ever seen.  With less than 80 days to go, four candidates are locked in an extremely tight race, and we literally do not know who is going to win.
If you would like to keep up with our campaign on a daily basis, the best way to do that is to visit our official Facebook campaign page.  We try to update it several times a day, and we just posted a photo of my speech at the Lincoln Day event in Boise County.
And even if you don’t live in the state, you can write to those that you do know in Idaho and tell them to check out MichaelSnyderForCongress.com.  In just a little over two months voters are going to be going to the polls, and so right now we are working as hard as we can to improve our numbers.
We have put together a great plan for pulling ahead in these final weeks, but we do not yet have all the resources that we need to execute that plan.  Please prayerfully consider helping us during this final stretch if you feel a leading in your heart to do so.
Michael Snyder is a pro-Trump candidate for Congress in Idaho’s First Congressional District.  If you would like to help him win on May 15th, you can donate online, by Paypal or by sending a check made out to “Michael Snyder for Congress” to P.O. Box 1136 – Bonners Ferry, ID 83805.  To learn more, please visit MichaelSnyderForCongress.com.

9 thoughts on “What Do You Think Would Have Happened To America If Hillary Clinton Had Won The Election?”