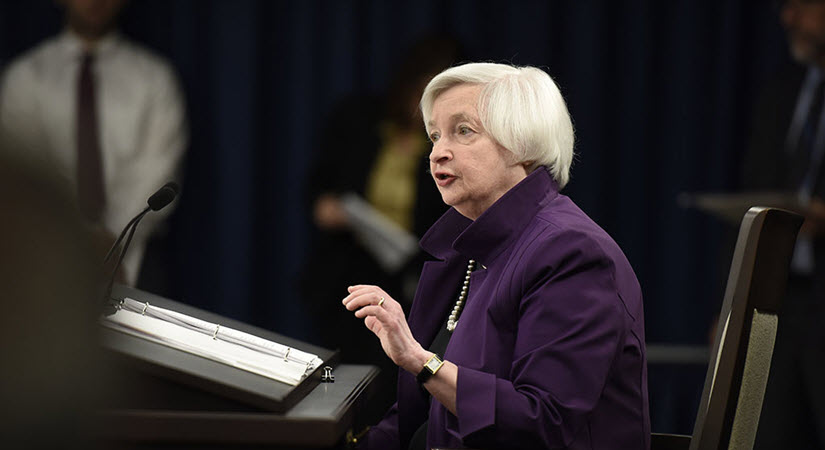 That’s a quote from a recent article:

The Treasury now estimates that the “drop dead date”, i.e. the date at which the Treasury will exhaust all of its extraordinary measures if Congress has not acted to raise or suspend the debt limit, will be October 18.

After that, Janet Yellen noted, “we expect Treasury would be left with very limited resources that would be depleted quickly. It is uncertain whether we could continue to meet all the nation’s commitments after that date.”

And even JP Morgan CEO Jamie Dimon appears to be planning for the worst:

In an interview with Reuters on Tuesday, Dimon said JPMorgan has begun scenario-planning for how a possible default would affect financial markets, capital ratios, client contracts and America’s credit ratings.

“This is like the third time we’ve had to do this, it is a potentially catastrophic event. Every single time this comes up, it gets fixed, but we should never even get this close,” Dimon told Reuters.

But that leaves an open question, what could possibly go sideways if the deadline isn’t met by Congress?

In a recent CNBC article, Janet Yellen laid out what she thinks the consequences could be if the ceiling isn’t lifted by the “drop-dead date”:

“It is imperative that Congress swiftly addresses the debt limit. If it does not, America would default for the first time in history,” she said in her remarks to the Senate Banking Committee. “The full faith and credit of the United States would be impaired, and our country would likely face a financial crisis and economic recession.”

She continued, adding her thoughts on a potential interest rate spike if the ceiling weren’t raised:

“You would expect to see an interest rate spike if the debt ceiling were not raised,” Yellen said during live testimony on Tuesday. “I think there would be a financial crisis and a calamity. Absolutely, it’s true that the interest payments on the government debt would increase.”

If the debt ceiling weren’t raised, and Yellen’s interest rate spike played out, then that would throw a monkey wrench in Powell’s plans to keep the federal funds rate low, according to the most recent FOMC statement:

The Committee decided to keep the target range for the federal funds rate at 0 to 1/4 percent and expects it will be appropriate to maintain this target range until labor market conditions have reached levels consistent with the Committee’s assessments of maximum employment and inflation has risen to 2 percent and is on track to moderately exceed 2 percent for some time.

The truth is, Yellen is actually downplaying the consequences of default. For just one example, S&P Global Ratings threatened to slash its U.S. credit rating to D from AA+. That would put U.S. Treasury bonds on par with Lebanon’s sovereign debt. In order to borrow money from global investors, Lebanon currently pays rates fifty times higher than the U.S. enjoys today.

Imagine you miss a payment on your mortgage, and get a letter that says your interest rate has gone up fifty-fold. Absurd? Yes, and terrifying as well.

A default would destroy investor confidence and very likely lead to an epic stock market crash. Not a correction, not a bear market. Something much, much worse.

A rip your face off, weeping bitter tears over the grave of the speculative wealth that you thought was forever crash. All those buying the dip because the Fed will never let the market go down will be crushed like scurrying cockroaches and all those trying to rotate into the next hot sector or asset class will also be crushed like scurrying cockroaches because when the Everything Bubble pops, well, everything pops. There is no shelter in a risk-off cascade.

Of course, as is the case with anything in the U.S. economy, there is always uncertainty. Particularly when it comes to motive…

Could the debt ceiling fiasco be “pointless maneuvering”?

Pointless Maneuvering
Earlier Senate Republicans blocked a measure that would have extended the debt ceiling to December of 2022. I understand blocking a move that extends beyond the midterm elections. But I fail to understand the point of blocking a shorter-term move. Wasn’t the whole point of Republicans to get the Democrats to unilaterally increase the ceiling?

Mish seems fairly certain the debt ceiling will end up lifting, as it has in the past. And it appears Congress has applied a “band-aid,” according to CNBC:

The Senate and House both passed a short-term appropriations bill that would keep the government running through Dec. 3. The U.S. will avoid a lapse in funding once President Joe Biden signs it into law.

While that bill kicked the can down the road a little bit, it still doesn’t resolve Yellen’s concerns. The real struggle is still down the road.

See also  WHAT HAS BEEN REALLY HAPPENING AT TWITTER?

Who knows where all of this is headed? Maybe the debt ceiling will be lifted, allowing for more government spending (and more debt we’ll be paying for over the next twelve generations). Maybe it won’t be, and instead we’ll see Smith’s “rip your face off, weeping bitter tears over the grave of the speculative wealth that you thought was forever crash.”

Either way, the coin is spinning. We won’t know if it’s heads or tails until it’s too late to do anything about it. So what should we do, when we know our financial futures are on the line?

Take the time to examine your retirement portfolio, especially if you haven’t done so in a long time.

During uncertain times like these it’s a good idea to look at your exposure to different types of risk. It can also be a good idea to see if you’re diversified enough to weather whatever storm is coming. Precious metals like gold and silver make for good alternative asset classes whose fundamental value isn’t tied to a corporation’s possible future profits or a government’s promise to pay you back (maybe, someday).

Bottom line, it’s fruitless to try to outguess the bureaucrats. It’s a better use of your time and energy to prepare yourself and your family for any outcome. Let’s all hope for the best even while we brace for the worst.