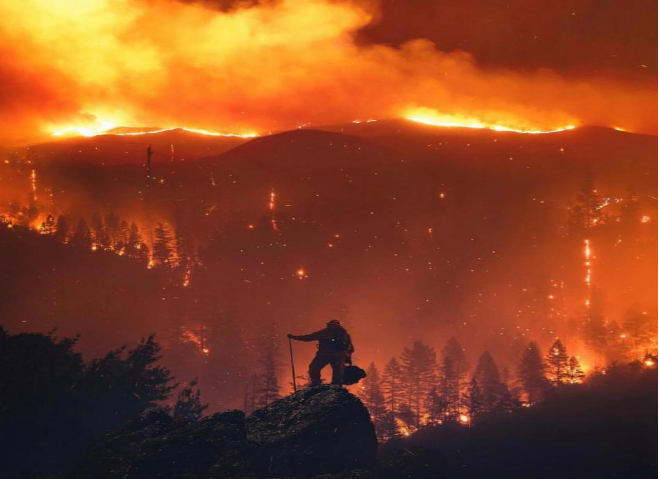 Paradise, California has become hell on earth. My thoughts and prayers go out to the thousands of displaced families. I cannot even begin to imagine the pain and devastation they are currently experiencing. Only 80 miles north of my hometown of Sacramento, this has been an issue close to home for me, but the smoky skies we’ve been experiencing here are nothing compared to what the residents of Paradise are now going through. I am so proud of our firefighters, first responders, and many volunteers who have come together during this crisis to do everything they can to alleviate the destruction this quaint Northern California has seen since the fire began on November 8.

Even though it started almost two weeks ago, the Camp Fire probably won’t be fully contained until the end of November. The fire ravaging Butte County has been by far the deadliest in the state’s history by far, with 77 dead so far and the destruction of more than 10,500 homes. The swath of scorched earth has taken out an area roughly the size of Chicago. And there are still almost 1,000 people missing.

The Camp Fire has burned more than 151,000 acres and is only 66 percent contained as of this writing. Altogether, some 12,794 structures have gone up in flames. Those displaced by the fire have moved in with nearby families, taken up residence in hotel rooms, pitched up tents in Walmart parking lots, or now live in their vehicles. The last deadliest fire in the state occurred 85 years ago when 29 people died in the Griffith Park Fire of 1933 in Los Angeles. The Woolsey Fire in Los Angeles and Ventura County has been far less deadly but still very destructive with almost 100,000 acres burned, 1,500 structures destroyed, and 3 fatalities.

The saddest part about all of this is that liberal Democrats, in coordination with radical environmentalists across the Golden State, have made the forests fertile ground for these devastating and destructive wildfires that are only getting worse and worse with each passing month.

In an awkward meeting of political leaders from two separate sides of the country and two ends of the political spectrum, President Trump met with California Governor Jerry Brown and Governor-Elect Gavin Newsom over the weekend to survey the damage in Paradise. Trump said him and Brown have known each other for a long time but in these hours they got closer than they had “in 20 years.” 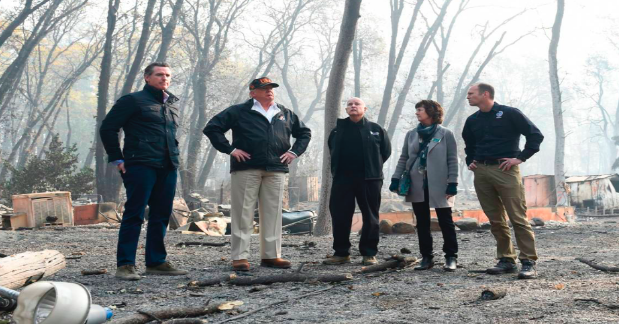 Trump and Brown also did what we should learn to do more of as a country: agree to disagree. On the issue of climate change’s role in these devastating fires, the two political leaders stuck to their beliefs in the face of the utter devastation wreaked upon this small California town. Trump and Brown are never going to agree on climate change making these fires worse and they did not bring up the subject as it was clearly an inappropriate time and place to do so. They did, however, both agree that poor management of the forests was a big part of the problem and the federal government needs to step up and help the state. Trump became the consoler in chief over the weekend, a role the media has been beating him up for not being for a while now.

President Trump is correct in his belief that climate change is not to blame for these fires. In fact, Brown’s insistence of protecting the forests instead of managing them and clearing them out has created the perfect storm for these fires to be what they are today. Governor Brown’s decision to veto a bipartisan bill in 2016 that mitigated wildfire risks from power lines and utility equipment cannot be ignored. Brown’s constant framing of the state’s fires in terms of global warming is a clear distraction technique to move the conversation away from his own errors. PG&E reported two power line outages in the days leading up to the start of the Camp Fire.

“He has done nothing to harden those assets,” Republican state Senator John Moorlach told The Daily Caller last week. Moorlach sponsored SB 1463, the 2016 bill Brown vetoed that would have given local governments a larger role in assembling fire risk maps with the California Public Utilities Commission (CPUC) and Cal Fire. The bill went even further by requiring CPUC to work with local utility companies to mitigate fire risks, including the relocation of power lines underground if necessary. The bill passed both houses in the state legislature with bipartisan approval, but Brown vetoed the bill, saying state officials “have been doing just that through the existing proceeding on re-threat maps and re-safety regulation.”

One also cannot ignore the extensive political contributions utility companies have made in California in recent years. Between the end of last year’s deadly wildfires in and around Napa and the start of this summer’s fires, utilities and insurers have poured massive amounts of money in campaign donations to California political groups and candidates, in addition to a spike in lobbying funds. The utilities and insurance companies have spent more than $3.2 million on California campaign donations and another $5.2 million into state lobbying. The spike was driven mostly by PG&E, which spent $2.2 million on lobbying this year, triple what is spent in the first half of last year. Between April and June of 2018 alone, PG&E spent $1.1 million lobbying on wildfire legislation. PG&E will be mired in lawsuits for years to come after this latest tragedy likely caused by the San Francisco-based utility company. 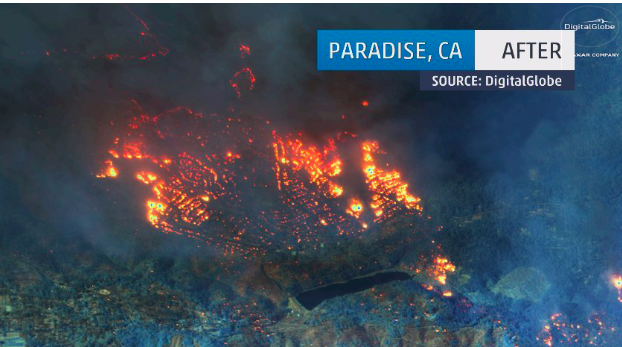 Misguided and radical environmentalism should be the first item of business when assigning blame for California’s wildfires in recent months. These fires could have been prevented if the leaders in Sacramento would do the right thing and take action to manage our forests.

A slew of articles have come out in recent weeks blaming both climate change and human action for the state’s frequent and increasingly disastrous fires. One BuzzFeed article’s headline read, “How A Booming Population And Climate Change Made California’s Wildfires Worse Than Ever.” I don’t know who is getting their fire-related news dealing with scientific issues from BuzzFeed, but I guess someone is. President Trump was on point when he wrote two days after the Camp Fire started, “There is no reason for these massive, deadly and costly forest fires in California except that forest management is so poor … Remedy now, or no more Fed payments!” While perhaps not the best time to bring politics into such a tragic time for the state, he was right in asking why the federal government should keep helping a state that has done nothing to help itself and make its forests less fire prone. He was even more accurate when he said forest management is poor.

It is worth noting that the federal government owns 57 percent of California’s forest land. Both California and the federal agencies have failed to manage forests properly in recent decades. The cabal of environmentalists that have Sacramento’s political class in their pocket have convinced them to never cut a tree down ever again. This combination of inaction and misplaced priorities have been deadly.

For decades now, many fire ecologists have declared that the most effective way to prevent these fierce forest fires is to implement controlled burns. These burns keep forests healthy by burning up the dead trees and underbrush that acts as the fuel that turns these fires into unpredictable infernos. But environmentalists and liberal politicians in Sacramento and Washington DC have not allowed any of this common sense forest management to take place for quite some time now. 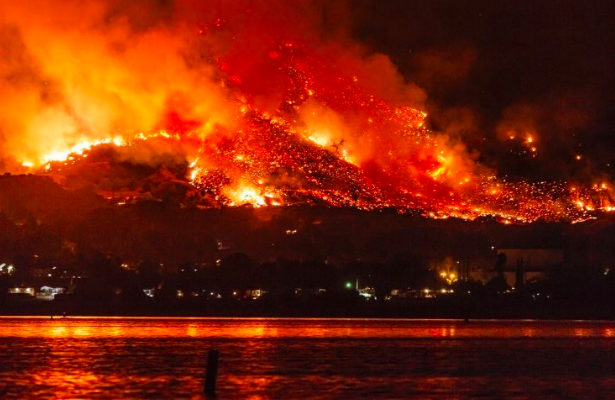 Fire ecologist Sasha Berleman told Mother Jones last year, “We have 100 years of fire suppression that has led to this huge accumulation of fuel loads,” in an article about why the Napa and Sonoma County fires of October 2017 were so bad. This shift in strategy from clearance of forests to suppression of fires has been a backward way of preventing future wildfires from getting out of control.

Republican Representative Tom McClintock from California, echoed a similar statement when he said during a congressional hearing, “The laws of the past 45 years have not only failed to protect the forest environment, they have done immeasurable harm to our forests. Time and again, we see vivid boundaries between the young, healthy, growing forests managed by state, local, and private landholders, and the choked, dying, or burned federal forests.”

We cannot continue to mismanage our forests. California’s politicians and federal agencies need to step up and stop kowtowing to environmentalists. This radical environmentalism kills and will continue to add to the body count if we keep giving the middle finger to common sense forest management. Stop spending money on fire suppression and send more money toward clearance of forests and controlled burns. The environment will be fine. The forests will be better off. It’s a win-win.