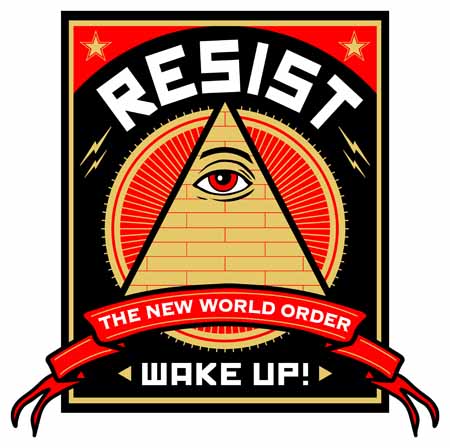 A fraud is being perpetrated on every single one of us. We are told that we live in Representative or Parliamentary Democracies (or even Federal Republics), and that our votes choose those that will lead/represent us. But it’s over. The game is up. Enough people are now awake to the fact that the majority of “sleepers” still believe this is the world we live in. The Globalists have taken over and our votes are nothing but our signatures of compliance.
In the US, voters are presented with a Hobson’s choice of two candidates, both of whom have been selected by the party machines. The odds of an independent run are laughable and the poor sap that looks like he might even affect the outcome of a single state is demolished by the complicit media. The people do not choose their President; they choose merely which figurehead makes the speeches.
We all know this. We discuss it with our friends and family, on message boards, in the workplace etc…But many do not. They are deceived, and think that those who do believe this are either paranoid, delusional, or both. And it is up to those that are awake to help others see the truth.
Constant complaining and sarcastic posts will not in any way help “the blind” realize what is happening; the media machine is far too slick for that. But questions (posing questions, “wondering” about questions) can do what persuasion cannot. If we ask the right questions, people will wake themselves up; they will come to conclusions based on their own thought process; and this is far more convincing than anything we could ever say or do.
Some of the questions that could be asked:

See also  And they are perplexed as to why people despise them...
See also  The Ukraine War is Absolute Proof That There’s a Hidden Power Ruling the US Empire

These are just some of the questions that (I feel) show that we are living in a One Party Globalist State. If you have any suggestions for further questions, feel free to make a comment below.

23 thoughts on “When Will People Wake Up to the Fact That There is Only One Political System Running Today? – Globalism”