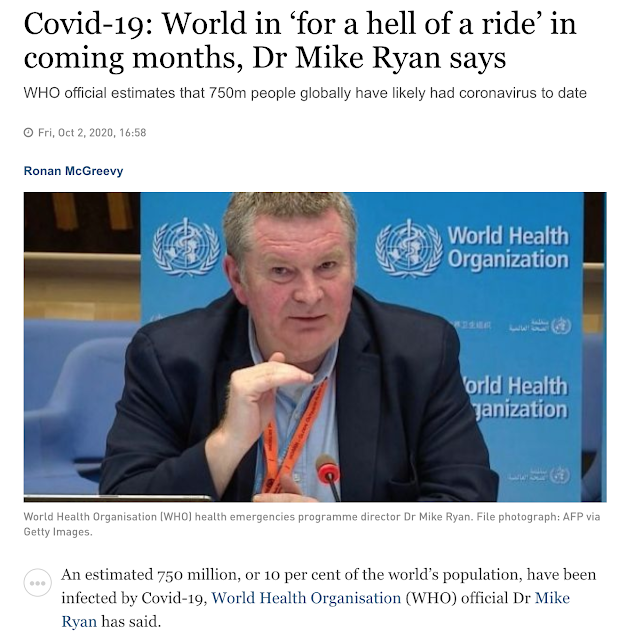 WHO official estimates 750 million people have been infected with Covid, the overwhelming majority of them asymptomatically.

With 1 million deaths worldwide, this puts the Infection Fatality Rate at 0.13% – exactly the same as the flu.
Herd Immunity is reached when around 15% of people have been infected – see Sweden and New York.
50 to 80% of people have a natural immunity or resistance from previous exposure to similar Coronaviruses like colds and flu.
Cross reactive T cells are an important factor in this immunity.
China with 1.4 billion people has gone for isolation and not Herd Immunity.
The only other exceptions to Herd Immunity are Australia and New Zealand, who are crucifying their economies and killing people from non Covid causes.
Death rates are declining because people are not being put on ventilators, which was a 90% death sentence, and the virus now seems to be less fierce than it was back in March and April.
The IFR is declining.
The IFR would be even lower if the WHO hadn’t deliberately suppressed cheap and effective treatments and caused panic to push the “vaccine”, which has needlessly killed hundreds of thousands of people around the world.
India’s fatality rate is low because they are routinely using Hydroxychloroquine and Zinc.
India’s new daily cases and new daily deaths have peaked and are now slowly declining.
They still have a way to go to achieve Herd Immunity. 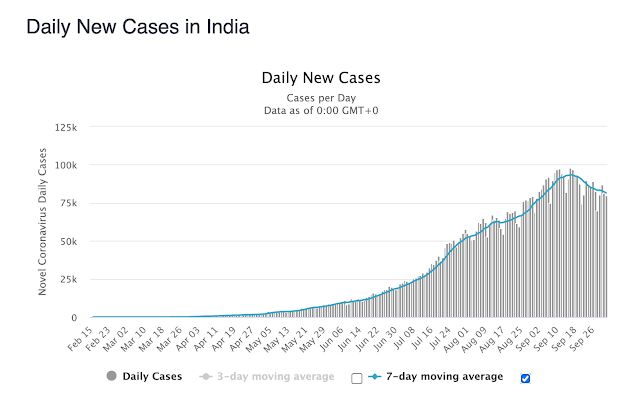 Worldwide, new daily cases have plateaued and daily deaths have peaked and are now slowly declining. 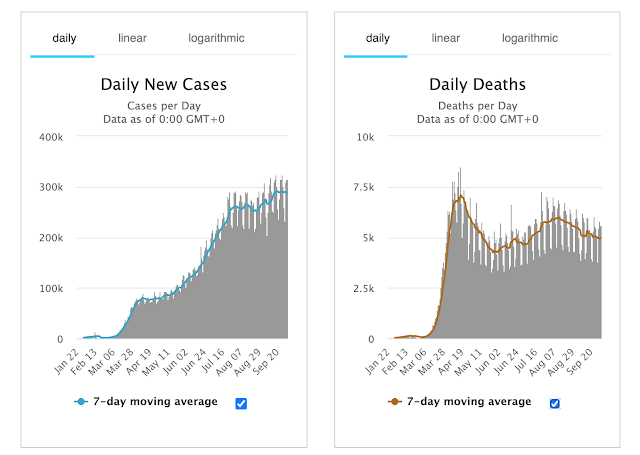 Most of Europe, most of the US, most of South America, most of Africa, and large parts of Asia are at or near Herd Immunity and will reach Herd Immunity within 3 to 6 months if they are not already there.
What was all the panic about?
Why was the Global economy shut down, killing millions from non Covid causes?
In 6 months time it will all be over.
N.B. Mike Ryan is a totally corrupt Big Pharma and Bill Gates shill and is still trying to scaremonger the world about what is effectively now a non problem and would be even less of a problem if the WHO hadn’t deliberately murdered hundreds of thousands of people by suppressing cheap and effective treatments, and causing massive poverty and killing what will be millions from starvation in the third world by scaremongering and encouraging disastrous lockdowns.
ALL of the senior members of the WHO and Bill Gates who controls them should be in jail for massive corruption and the mass murder of millions. 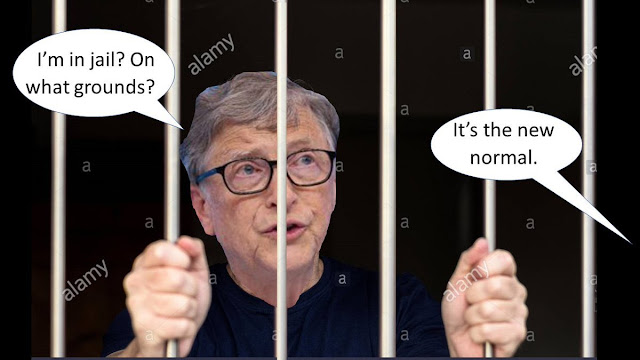 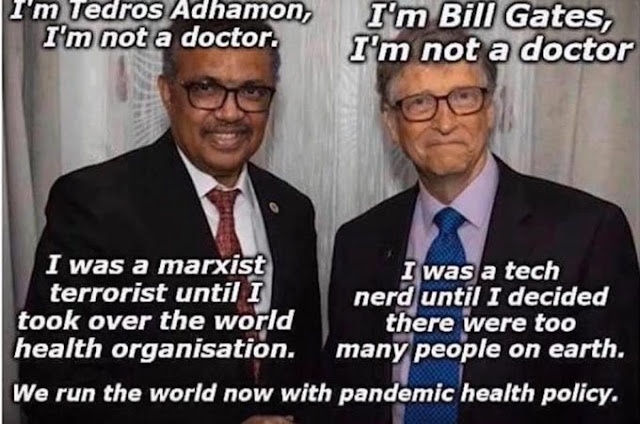