What we need is not a return to the corrupt, tottering kleptocracy of 2019, but a re-democratization of capital, agency and money.

I’m hopeful about 2021, and no, it’s not because of the vaccines or the end of lockdowns or anything related to Covid. The status quo is cheering the fantasy that we’ll soon return to the debt-soaked glory days of 2019 when everything was peachy.

The most hopeful thing in my mind is that the Status Quo is devolving from its internal contradictions and excesses. Here’s the status quo in a nutshell:

The solution to too much debt is more debt.

And so on: every status quo “solution” boils down to doing more of what’s failed spectacularly because it serves the interests of the few at the top of the wealth-power pyramid.

The Great Reset is a perfect example of this insanity: now that we’ve destroyed the planet with our private jets, greed and corruption, give us even more power over you.

The status quo is a perverse, intensely destructive system with powerful incentives for predation, exploitation, fraud and complicity. That’s the world of 2019; do we really want to go back to that? And even if we could, how long would it last? Another year or two? And at what cost to social cohesion and the planet?

A more humane, sustainable world lies beyond the Status Quo. The problem is those reaping the immense rewards of the privileged insiders will fight any reform tooth and nail, so the only real way to advance the interests of the common good is for the rigged, rotten, corrupt, unsustainable status quo to crumble to dust.

I know many smart, well-informed people expect the worst once the Status Quo (the Savior State and its kleptocratic banking / corporatocracy partners) devolves, and there is abundant evidence of the ugliness of human nature under duress.

But we should temper this Id ugliness with the stronger impulses of community and compassion. If greed and rapaciousness were the dominant forces within human nature, then the species would have either died out at its own hand or been limited to small savage populations kept in check by the predation of neighboring groups, none of which could expand much because inner conflict would limit their ability to grow.

The remarkable success of humanity as a species is not simply the result of a big brain, opposable thumbs, year-round sex or even language; it is ultimately the result of social and cultural associations that act as a “network” for storing knowledge and relationships– what we call intellectual and social capital.

I have devoted significant portions of my books–

Survival+: Structuring Prosperity for Yourself and the Nation
(free chapter PDF)

An Unconventional Guide to Investing in Troubled Times
(free chapter)

Inequality and the Collapse of Privilege

Will You Be Richer or Poorer?: Profit, Power, and AI in a Traumatized World
(free chapter PDF)

A Hacker’s Teleology: Sharing the Wealth of Our Shrinking Planet
(free chapter PDF)

–to an explanation of how community, sustainability, the public good and self-reliance have all atrophied under the relentless expansion of the autocratic Corporate-State kleptocracy.

The social capital and “return on investment” earned from investing time and energy in community and other social networks has been replaced by a check from the Central State–an MMT/UBI (Universal Basic Income) transfer payment that surely beats the troublesome work of investing in community in terms of risk and return.

The net result of the Savior State dominating society and the economy is the rise of a pathological mindset of entitlement and resentment–the two are simply two sides of the same coin. You cannot separate them.

Once self-reliance has been lost, so too has self-confidence been lost, and the Savior State dependent–individual and corporation alike–soon distrusts their ability to function in an open market.

This is a truly sad, self-destructive state of affairs, and deeply, tragically ironic. The calls for “help” quickly lead to dependence on the Savior State and corporate monopolies, and that dependence quickly breeds complicity and silence in the face of repression and predation by the State and its corporate partners.

In a very real sense, citizens relinquish their citizenship along with their self-reliance and self-worth once they accept dependence on the State. Citizenship in the original Greek concept was not simply the granting of rights to do as one pleased; it also demanded a commitment to serve the interests of the many via personal sacrifice.

I often mention that the U.S. has much to learn from so-called Third World countries that are poorer in resources and credit. In many of these countries, the government is the police, the school and the infrastructure of roadways and energy. Many of these countries are systemically corrupt, and the State is the engine and enforcer of corruption.

Rather than something to be embraced and lobbied, involvement with the State is something to be avoided as a risk. As a result, people depend on their social capital and community for sustenance, support, work and connections.

This is not altruism, it is mutually beneficial.

Once a community dissolves into atomized individuals who each get a payment from the Central State, then they no longer need each other. Rather, other dependents on the State are viewed as competitors for the State’s resources.

These atomized, isolated individuals have a perverse relationship with the State and what remains of the community around them: lacking the self-worth earned from work or engagement/investment in a community, then their only outlet for self-identity is consumption: what they wear, eat, drink, etc. as consumers. This lack of purpose and meaning is destructive to well-being; we all want to be needed and valued by our circle and society.

The era of debt-based consumption as the engine of “growth” and “prosperity” is coming to an end. Adding debt no longer creates growth; it actually takes away from the economy by expanding debt service (interest payments).

The vast majority of developed-world people have had the basics of life since the late 1960s — transport, food, shelter and utilities. The “growth” since then depended on cheap, abundant oil and a consumerist mentality in which one constantly re-defines one’s identity not from social investments in the shared community but from consumption of corporate goods and services funded by credit.

Not coincidentally, this dominance of consumption as the only metric for “growth” (as opposed to, say, productive activity) has been paralleled by the dominance of the Central State.

The end of credit-based consumption will be a very positive development, as will the devolution of the Savior State. The Savior State is like cheap oil–both are at their peaks and are starting their inevitable slide down the S-curve. The world they created was not as positive for human fulfillment and happiness as we have been told.

Indeed, study after study has found that people with the basics for life, a higher purpose that requires sacrifice and a tight-knit community are far and away happier than isolated, atomized, insecure consumers, regardless of their wealth and consumption.

This potential to re-humanize and re-democratize our economy and society is why I am hopeful. What we need is not a return to the corrupt, tottering kleptocracy of 2019, but a re-democratization of capital, agency and money. More on that later this week. 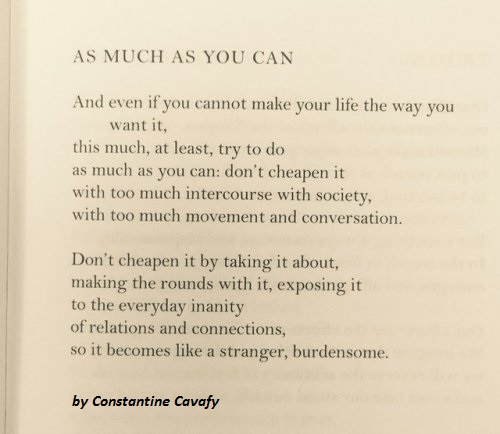