It’s not all about losing money on investments and the prospect of a lower standard of living, although that is concerning too. The next recession will be much different than 2008, 2001 or any other recession in recent history. This economic downturn will be coupled with the most volatile political environment since the 1930’s and 40’s. It could send our society hurtling toward a violent clash as significant as WWII.

The level of political hostility can be seen by the rise of populism in the Western world. People are furious and desperate for a change in government. They have seen their living standards diminished and their communities crumble as the rent-seeking elite enrich themselves with financial schemes and constant war. This has not only led to Trump but many other populist movements in Europe. You can see from the chart below how today’s level of populism matches the level of the 1930’s, right before WWII broke out.

The rise of populism in the 30’s was mainly due to the Great Depression. Then, to add insult to injury, the economy tanked again in 1937 and WWII was underway two years later.

Economic distress leading to violent conflict is nothing new. The US Civil War was preceded by a dispute over tariffs. The North needed protectionism to prosper but the South wanted free trade. Once the South started to pull away from the Union, the North realized they were in economic trouble, so they started a war.

See also  They FINALLY said it! UK is officially in a recession

Economic distress also preceded the American Revolution. After years of prosperity in the colonial economy, the British banks decided to strip the power of currency issuance from the American colonies. The bankers subjected the American colonies to the debt-based monetary system that had destroyed the working class in England. The colonies were soon filled with unemployed people. Here’s what Benjiman Franklin had to say on the matter: 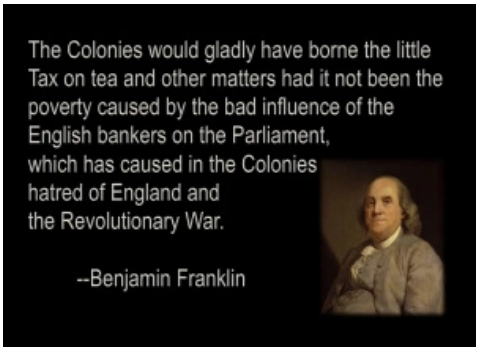 History is beginning to rhyme once again. The Great Recession of 08-09 caused the largest economic collapse and weakest recovery since the Great Depression. This has caused the masses great angst, whether they realize the origins of it or not. People are becoming more hostile and less willing to communicate. Once communication breaks down, violence ensues.

All it could take is one moderate recession to push us over the edge. A recession would ruin retirements, put people out of work, take away food and other necessities and send hostilities into overdrive. Those hostilities could collapse inward and become a civil war, or they could be used for the benefit of the elites to fight against foreign nations.

See also  If You Think Bitcoin is a Ponzi, What About NFTs?

I’m worried about the loss of wealth the country (and world) will endure, but I’m much more worried about the potential for widescale violence. The weapons we used in WWII were toys compared to what we have today. This is a story as old as civilization. Will we finally be able to turn off our instinct to go to war, or will we be able to solve our problems in other ways? We should all be hoping for the latter but preparing for the former.