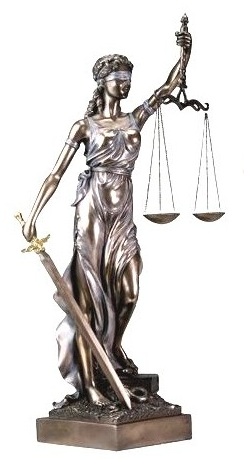 QUESTION: You wrote: “Unfortunately, our legal system FAILS to protect people. It allows the government to do whatever it desires and then puts the burden on the people to go to court which takes years to get to the Supreme Court who may just rubber-stamp the government anyway. Our legal system is wholly inadequate and it encourages tyranny as we are experiencing right now.”

Could you elaborate for a student studying law?

Then Congress abused its authority when it passed the Judiciary Act of 1925. Nevertheless, courts try to pretend that it was constitutional. In Doyle v. Roberts, 463 F. App’x 50, 51–52 (2d Cir. 2012)  where the argument was that it provided unlimited discretion to the Supreme Court over whether to grant certiorari petitions. The Second Circuit rules that Section 1254(1) provides that “[c]ases in the courts of appeals may be reviewed by the Supreme Court by … writ of certiorari granted upon the petition of any party to any civil or criminal case, before or after rendition of judgment or decree.” Doyle argued that there were no rules for granting certiorari and that violated the non-delegation doctrine. They rejected that argument. The Second Circuit ruled that there are few things are more appropriate to the central mission of the judiciary than the high court’s ability under § 1254(1) to manage its caseload by selecting from among more than 10,000 petitions each year the cases in which Supreme Court review will most assist not only the parties but also the lower federal courts, the coordinate branches of government, and the public at large. Id. at *2 (quoting Mistretta v. United States, 488 U.S. 361, 388, 109 S.Ct. 647, 102 L.Ed.2d 714 (1989)) (internal citations omitted) (alteration in original).

Constitutionally, the people are denied Due Process of Law by the Judiciary Act of 1925 which diminishes the majesty, integrity, and the intended structural foundation of the Judiciary which has denied the ABSOLUTE right under the Constitution to petition the ONLY court created by the founding fathers which is this Supreme Court. All other inferior courts are purely statutory courts under Article III, and as such, they can be closed by Congress upon the signing of any act. Article II, Section 1 states clearly:

“The judicial Power of the United States, shall be vested in one supreme Court, and in such inferior Courts as the Congress may from time to time ordain and establish.”

Consequently, the Certiorari Act of 1925 cannot stand as constitutional, giving this Court the discretion to decide whether or not to afford a citizen his Due Process Right to be Heard. The discretion in the Constitution is confined to Congress’ discretion to create inferior courts. Under strict construction, it cannot limit the power of this court to be discretionary for that would defeat the entire structure of the Constitution. The Supreme Court is the only court ordained for the people in a tripartite government originally envisioned by Montesquieu and adopted by the framers of the Constitution necessitated the separation of power between the Executive, Legislative, and Judicial branches.

Under strict construction, there is no authority in the Constitution to downgrade the Supreme Court as a discretionary court when it is the one court created by the framers and cannot be diminished by Congress. “[I]t is a Constitution we are expounding.” M’Culloch v Maryland, 17 US 326 (1819). “The Constitution of the United States is the supreme law of the land and binds every forum whether it derives its authority from a state of from the United States.” Cook v Moffat 46 US 295 (1847). The Supreme Court held that 28 USC §455 statute government recusal of judges was intended “to provide public confidence in the integrity of the judicial process.” Liljeberg v Health Serv v Corp, 486 US 847, 859-860 (1988). That lofty goal cannot be upheld as long as judges in inferior courts know that the odds of ever being overturned by the Supreme Court are on par with winning the lottery.

Therefore, I do not believe that Congress had the power to reduce the Supreme Court to discretionary rather than fund it to add additional panels to hear every case and then appeal to the top nine justices.