My name is Jared Dillian. I’m the former head of ETF trading at Lehman Brothers. And I’m here to tell you to that I like open-end mutual funds better than ETFs—mostly because ETFs are misused.

Slow down, Turbo. What’s this all about?

I am not mad at ETFs or anything. I just agree with Jack Bogle. He never wanted Vanguard to issue them. It’s because they encouraged short-term trading rather than long-term investing.

How ETFs Are Misused

The reason is a subtle difference in the structure.

With a mutual fund, you mail them a check (or the electronic equivalent) and buy shares of that particular investment company at the net asset value, determined once daily.

You can’t watch it during the day—it doesn’t do anything.

In the old days, you would look at your mutual funds in the newspaper (really), once every couple of weeks or so. That is how it is supposed to be done.

An ETF, you can watch… second by second, tick by tick.

I don’t care what kind of market psychology ninja you think you are. When you see something trading tick by tick, it’s a lot different than something that prints once at the end of the day.

If it starts to go down, you might feel an urge to sell it.

That pretty much goes against anything and everything a financial advisor will tell you. Leave it alone, and let it compound.

See also  We Should Be Shocked By What Inflation Is Doing To Home Prices, Because We Have Never Seen This Before

I am the psychology guy. My core belief is that investor psychology drives the majority of returns.

For better or worse, people typically use ETFs for speculation, partly because ETF issuers encourage speculation.

Blockchain, cannabis, double-inverse leveraged volatility, etc. The mutual fund industry is still pretty boring. And that is a good thing.

Implicit in the ETF vs. mutual fund debate is the active vs. passive debate, because most mutual funds are active and most ETFs are passive.

Active management has the potential to deliver good returns while minimizing volatility. Remember, if you invest in an index, you get the volatility of an index. But there’s actually more to it than that.

Hardcore finance people will be familiar with the term “efficient frontier.” It is the set of portfolios that delivers the highest returns for a defined level of risk. 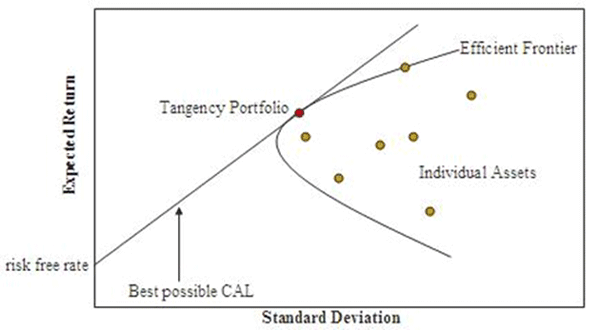 In the old days, this used to be an academic concept. But with some brainpower and some computational power, it is not hard to get yourself a portfolio on the efficient frontier. In fact, one of the big brokerage houses will do it for you.

Funny thing about everyone getting portfolios on the efficient frontier. The trade tends to get a bit crowded.

Finance is a non-ergodic system. Or simply, people’s individual behavior has an effect on the overall environment.

Lots of people individually choosing a portfolio on the efficient frontier has the potential to create a system that is unstable.

In this light, it might be better to pick an objectively bad portfolio than a popular portfolio. By bad, we mean: something with worse risk/return characteristics. Something off the efficient frontier.

By picking a bad mutual fund, you will have lower correlation with other funds and the rest of the market.

I bet you never had someone tell you to pick bad mutual funds.

I’m being serious, go to Morningstar and look at the one-, two-, and three-star funds.

(Besides, Morningstar’s track record on predicting which funds will outperform isn’t so great. It’s mainly a marketing tool.)

There is one important thing to know about actively-managed funds: The portfolio manager matters.

There is serial correlation.

Someone who is doing a good job will likely continue to do a good job.

Someone who is doing a bad job will likely continue to do a bad job.

I seem to remember The Wall Street Journal writing about a mutual fund firm during the financial crisis.

The firm, which some had considered to have the worst mutual funds, suddenly had the best mutual funds. The funds were mostly invested in banged-up small cap tech companies. They suddenly went into favor while everything else was getting s—housed.

This is why it is not such a good idea to chase good performance and good managers.

Financial security usually comes from doing the opposite of what everyone else is doing. But you’ve probably heard that before.