Happy anniversary!
It’s been 5 years today since ECB President and Goldman Sachs (GS) stooge, Mario Draghi said: “The ECB is ready to do whatever it takes to preserve the euro. And believe me, it will be enough.”  At the time, the EuroStoxx index was at 2,000 and now we’re at 3,500, a 75% gain in 5 years and Germany’s DAX is up over 100%, from 6,000 to 12,281 as of yesterday’s close.  That’s an average gain of 20% a year for 5 consecutive years – happy anniversary indeed!
The Euro has fallen 20% over that time period, making the gains somewhat less impressive but not too much and “only” down 20% is very surprising as the Yen is down 30% over the same period and the ECB’s money supply is up 30% as well.  Actually, the EU money supply is up closer to 100% since 2008, Draghi’s “whatever” was just icing on that already well-iced cake.
None of that comes close to the flood of Dollars that have been printed since 2009 with $3Tn new Dollars in circulation which QUADRUPLED the supply of US Dollars in the World.  Keep in mind those are hard Dollars which the banks then turn around and lend out 10 times each, which is $30Tn more Dollars or 1.5 times our entire GDP so, when you hear our GDP is growing at 2%, you should say “WTF?” as our money supply has been growing at an average of 30% per year for a decade… 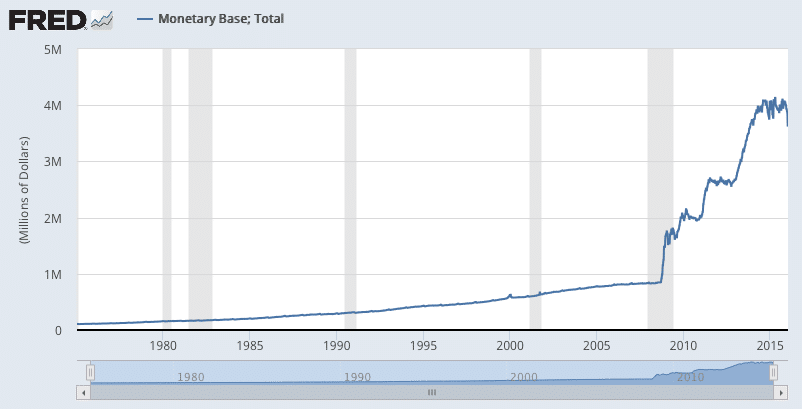 That money, in turn, gets pumped into the stock market, which also levers up the cash by about 10:1 on inflows and PRESTO! – it’s a “recovery“.  Steely Dan said “You Can’t Buy a Thrill” but you can certainly buy an economy if you are a motivated Central Bank and no one was more motivated than the former Managing Director of Goldman Sachs, Mario Draghi, whose “former” firm is up 120% since he did “whatever it takes” for them.
It’s kind of cute the way people think there will be no consequences to 300% increases in the money supply.  The way gold, silver and uother commodities are trading – you would think no one ever heard of inflation.  In reality, inflation is everywhere – just not in the places the Federal Reserve counts it.

Those are real inflation numbers that are impacting the American consumers and certainly wages have not kept up with inflation since the early 1980s and were substantially negative during the crash. 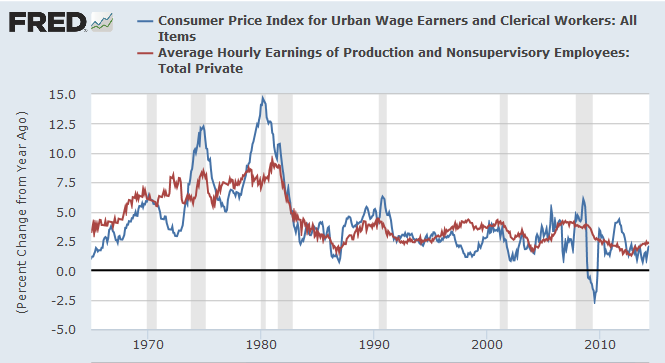 So where are these Trillions of Dollars going?  Well, to start with, the Banks lost well over $5Tn during the crash and we pretty much GAVE them that money back (we, as in the American people went an additional $5Tn in debt to bail out the banks and yes, Draghi’s Goldman Sachs is one of the banks that got bailed out).  A lot of the other money went overseas into tax-haven accounts as artifiically low rates (also funded by you, the taxpayer) allowed companies to move profits over-seas so they wouldn’t have to be a tax-paying sucker like you are.  Over $2Tn is now “offshore” for US companies alone and, of couse, their paid politicians are working on ways for them to “repatriate” the profits without penalty – ultimately at your expense too! 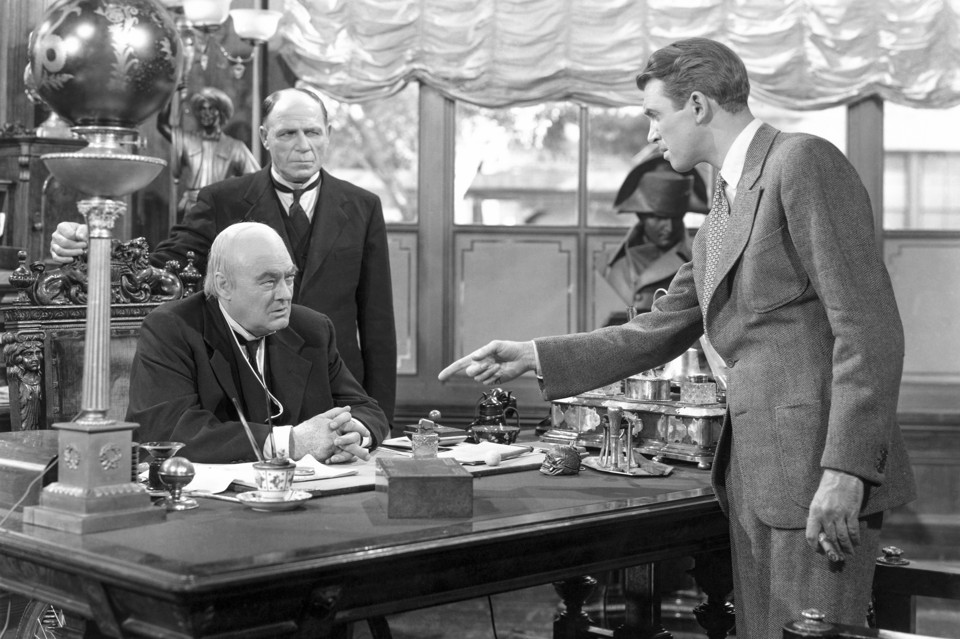 The Fed will be meeting today and HOPEFULLY they will raise rates because every day they don’t raise rates costs us money as we are subsidizing the low rates these companies borrow at and we are also getting screwed when we go to a bank and they pay us 0.25% interest on money they lend out 10x to our neighbors at 4% (40% – 0.25% = 39.75% profit).  The spread between what the banks pay you and what they lend out for has never been higher and bank profits have never been higher and the only person who gets hurt here is you – so it’s a victimless crime, right?
The rest of the money is in the markets, in bonds, in housing and some of it is still floating around in circulation and that’s going to cause HUGE problems when and if the real economy picks up as the velocity of money has been dead for years and that’s what’s keeping general inflation low – as people cut back on so many things in order to pay for the things that keep blazing up in price. All has been going well and WPM has been drifting along the $20 line and we still have 6 months to go but already the bull call spread is $3.35 out of a possible $5 ($5,025) and the short $15 puts are $1.20 ($1,200) for net net $3,825, which is up $3,475 (992%) and can still almost double from here if WPM holds $20 as we plan.  That’s a pretty good Trade of the Year!
Our goal as investors is simply to stay ahead of inflation but we need to stay ahead of real inflation – not the BS 2% “target” the Fed likes to quote.  In the real World, if you aren’t adding 5% to your savings every year, you are falling behind and we engage in portfolio strategies that are meant to keep you well ahead of the curve.  While most of our investments are conservative value plays, like WPM, we do take advantage of short-term opportunities to make a little extra cash.
I was being interviewed over at the Nasdaq last week, for example and we talked about our Chipotle (CMG) trade idea, which we also featured in last Wednesday morning’s PSW Report:

CMG went even lower and we adjusted the trade (in Monday’s Top Trade Alert) to:

See also  Groundbreaking BBC documentary “Unvaccinated” is to be aired on Wednesday
See also  NY Mets to celebrate an evening of Chinese Culture. You receive a limited edition Mets hat stylized after the CCP flag