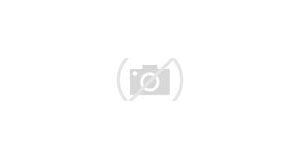 Trump soured relations in Latin America. China and Russia have welcomed the chaos.

With Venezuela in flames, China and Russia are seeking claims in the rubble.

But the United States has been caught flat-footed, and the Pentagon is struggling to develop ways to blunt the countries’ influence in Latin America since President Donald Trump has antagonized and distanced himself from nations in the Western Hemisphere.

Defense officials have sought non-force options to deter China and Russia in Venezuela, CNN reported this week, through a mix of humanitarian missions and more training in Latin America led by U.S. Southern Command, the Pentagon arm that oversees a sixth of the world’s land mass.

Yet experts said those efforts and others are in opposition to pressure and rhetoric from the White House, which has made significant demands to Latin American nations to curb migration and drug trafficking without offering much in return – all while ceding influence and support that Russia, and particularly China, have been happy to take over.

For years, China and Russia have sought more influence in the Western Hemisphere, but are increasingly emboldened to bolster their economic and security positions in South America, Central America and the Caribbean.

China has pledged to invest $250 billion there and reach half a trillion dollars in trade, while Russia has taken root to antagonize the United States and demonstrate its might. Both have invested billions in Venezuela, though some experts have questioned Russia’s true prominence and focus on the region.

Meanwhile, the Trump administration’s approach to Latin America is a house of mirrors and contradictions as it emphasizes relations mainly through migration and crime.

Citing a crush of immigrants at the border, Trump plans to slash aid for Honduras, El Salvador and Guatemala, where assistance is aimed at combating corruption, stimulating economics and reducing violence – the issues that have driven migration to the United States. Administration officials have said they do not think the aid has been effective.

CARACAS, April 19 (Reuters) – Venezuelan opposition leader Juan Guaido on Friday called on supporters to take to the streets on May 1 for what he called “the largest march in the history” of the South American country to keep the pressure on President Nicolas Maduro to leave power.

Guaido, the head of the opposition-controlled National Assembly who in January invoked the constitution to assume an interim presidency on the basis that Maduro’s 2018 re-election was illegitimate, reiterated his call for the country’s armed forces to take his side in the three-month power struggle.

“They will need to listen to the people saying: enough,” Guaido told a crowd gathered at a plaza in eastern Caracas, setting the date for the march for May 1, International Workers’ Day.

“We call on all the people to join in the largest march in the history of Venezuela to demand the end to the usurpation so this tragedy can end.”