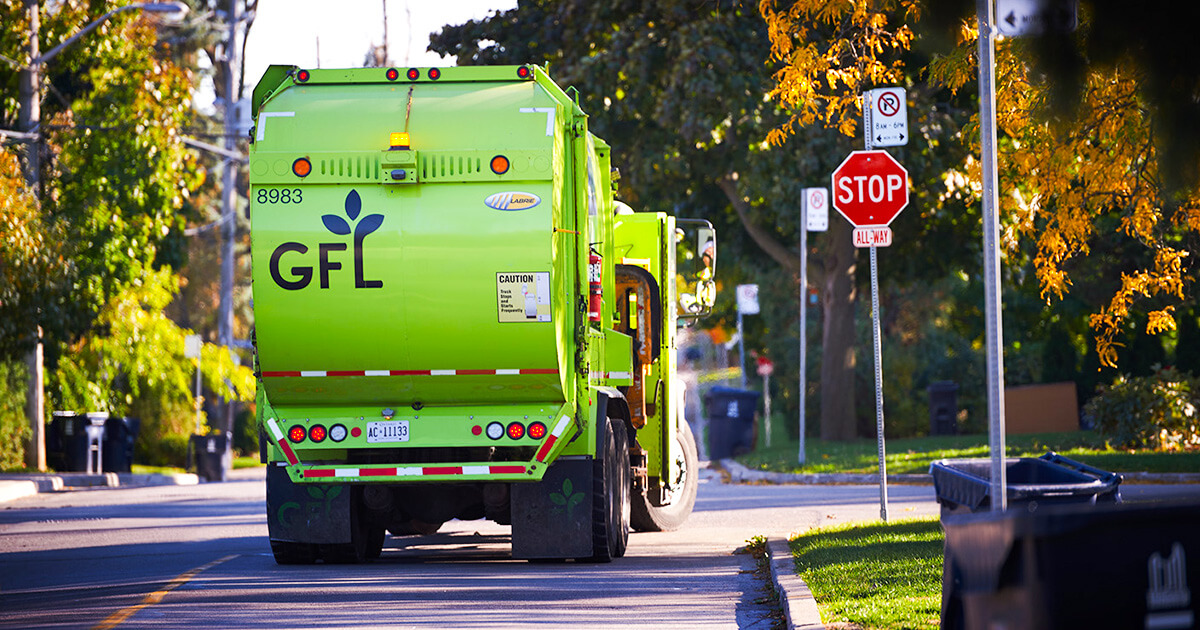 If you haven’t noticed GFL Environmental Inc.’s distinctive green trucks rumbling along your roads in the last few years, just wait. They’re sure to become part of the waste management scene in your area in the not too distant future.

In just over a decade, the entrepreneurial company has quietly grown from a one-site operation outside Toronto into one of the leading North American providers of diversified environmental solutions.

When its merger with Waste Industries, valued at roughly US$2.825 billion, closes at the end of the year, the footprint of Green For Life Environmental Inc. (GFL) will have expanded to 10 U.S. states and every Canadian province except Prince Edward Island. The merged company also will boast 98 collection operations, 59 transfer stations, 29 MRFs, 10 organics facilities, 47 landfills and more than 8,850 employees.

The transaction proves out the strategy that has set GFL’s Founder and Chief Executive Officer Patrick Dovigi apart from the industry and has been a formula for success.

Patrick Dovigi, 39, founded GFL in 2007. It wasn’t necessarily his first career choice. Like many Canadian boys, hockey was his first love and he was good enough as a goalie to be drafted by the Edmonton Oilers before leaving the sport.

Hockey’s loss was the business world’s gain — and Dovigi’s, for that matter — considering that he now ranks as one of Canada’s richest people, with a net worth of roughly $1.08 billion as of 2017. He’s also regarded as one of Canada’s savviest entrepreneurs, recognized through the Ernst & Young prestigious EY Entrepreneur of the Year 2017 Ontario Award in the power, utilities and environment category.

Dovigi has found that a dash of humor combined with a determination to depart from waste management SOPs pay big dividends. When GFL won early contracts in and around Toronto, for example, he laughed that he now had to pick up his own trash (and do it more efficiently, by the way). But the downside was that “my neighbors are already hounding me to see if they can put out extra bags!”

One of Dovigi’s paths to growth was to offer multiple related services under one brand – the “one stop shop” concept for environmental solutions. As a result, GFL is the only major diversified player to offer solid and liquid waste management, as well as infrastructure services.

The company also made significant investments in technologies to achieve operational efficiencies and environmental improvements. These include compressed natural gas technology to run residential and commercial fleets and organic recycling facilities in support of government landfill diversion goals.

The Waste Industries merger came in a year when an initial public offering was planned and then abandoned (for the time being) as a recapitalization, valuing the company at $5.125 billion was put in place instead.

Public or private, Dovigi has put GFL in a position to make a big impact on the U.S. waste management market. As WasteDive, an industry publication, noted, it brings a deep level of expertise in cart-based recycling programs and organics collection – all of which have been influenced by Canada’s world class environmental regulations.

Writer Cole Rosengren might have had a crystal ball, when he observed: “While GFL will still have a lot of ground to cover to reach the level of its U.S. competitors, the company might become a larger player in the market sooner than expected.”

That time would seem to be … now.