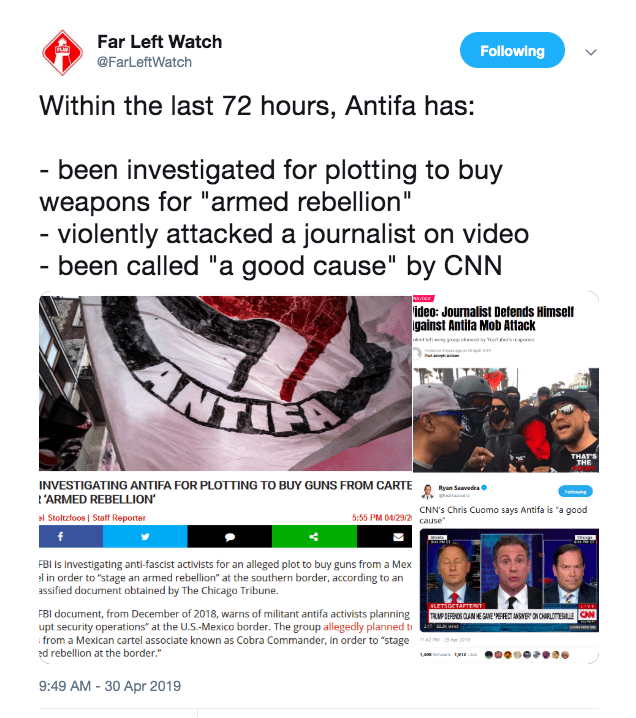 Antifa is known for using violent means, including in protests against peaceful conservative speakers, free speech advocates and even journalists. The well-documented instances of violence include a protester repeatedly punching a man in the face, throwing water bottles and launching fireworks at police officers and starting fires on a college campus with Molotov cocktails. The Daily Caller News Foundation’s reporting led to the arrest of an Antifa leader who stands accused of accosting and assaulting two Marines in Philadelphia.

Former Vice President Joe Biden launched his campaign for president by praising the group. He referred to a group of protesters who gathered in Charlottesville, VA, and violently confronted white nationalists “a courageous group of Americans.”