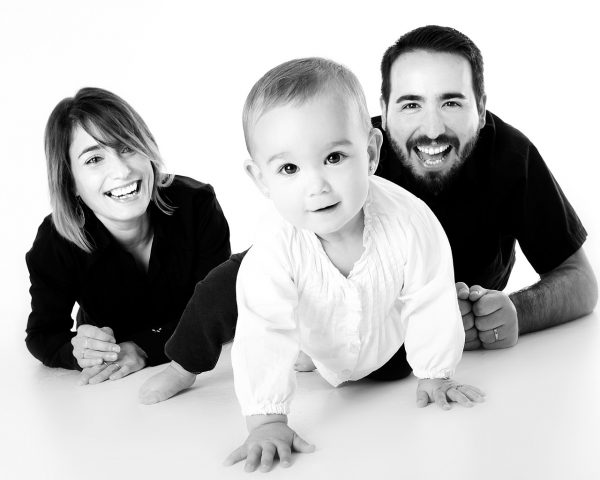 According to the National Center for Health Statistics, the fertility rate in the United States has never been lower than it is right now.  Unlike some of our other problems, this is not an immediate crisis because we definitely have plenty of people.  The population of the U.S. is currently well over 300 million, and more immigrants keep pouring in with each passing day.  So we are in no danger of running out of people, but the fact that Americans are choosing to have so few babies is yet another symptom of the social decay that is eating away at our nation like cancer.  From a very early age, young Americans are being trained not to value marriage, parenthood and the traditional family unit.  As a result, we are on an extremely self-destructive path, and there is no way that we are going to have a positive future as a country unless we change course.

The fertility rate in the U.S. has been in decline for many years, and just when you thought that it couldn’t possibly go any lower, it did…

The general fertility rate in the United States continued to decline last year, according to a new report from the US Centers for Disease Control and Prevention’s National Center for Health Statistics.

“The 2018 general fertility rate fell to another all-time low for the United States,” the researchers wrote in the report, published Wednesday.

In fact, a separate report that was put out by the National Center for Health Statistics in January revealed that our fertility rate has now fallen below replacement level…

In 2017, the total fertility rate for the United States continued to dip below what’s needed for the population to replace itself, according to a separate report published by the National Center for Health Statistics in January.

In other words, not factoring in immigration, our population would actually start shrinking if our fertility rate continued to stay at the current level.

Certainly our poisonous environment is a major contributing factor.  Sperm counts are way down all over the western world, and that could soon become a massive problem.  We are literally poisoning our reproductive systems by what we eat, by what we drink and by the air that we breathe, and our phones are perhaps the biggest danger of all.  And now that 5G is being rolled out, many experts are sounding the alarm louder than ever.  For much more on this, please see this article.

Once upon a time, getting married and having lots of children was considered to be an integral part of the American Dream.  But now our young people are being encouraged to put off marriage and parenthood, and they are constantly being told that “getting an education” and pursuing a “career” are far more important.

At the same time, the single life is continually being glamorized in popular music, on television and in the movies.  Marriage is often portrayed as “the end of freedom”, and the idea that having children “can ruin your life” is relentlessly promoted.

As a result, the marriage rate in the U.S. has never been lower, the fertility rate in the U.S. is at an all-time low, and Americans are getting married for the first time later in life than ever.

Have all these dramatic changes made us happier?

In fact, one recent survey discovered that Americans “are among the most stressed populations in the world”…

Americans are among the most stressed populations in the world – on par with many countries in the developing world, according to a new survey on global well-being.

Some 55 percent of Americans reported feeling ‘a lot’ of stress within the past 24 hours, according to the Gallup poll of roughly 150,000 people around the globe – including more than 1,000 U.S. adults.

That puts Americans well above the global average of 39 percent.

And as I have discussed previously, “deaths of despair” in the U.S. are now higher than they have ever been before…

According to a shocking new report from the Commonwealth Fund, the suicide rate in the United States is the highest that it has ever been before. Sadly, the same thing can be said about the death rates from drug overdoses and alcohol. All three death rates are at an all-time record high, and yet our society is still fairly stable at the moment. So if we are seeing this many “deaths of despair” right now, what in the world are things going to look like when our society really begins to start crumbling? Today, Americans have literally thousands of different ways to entertain themselves, and yet we have never been unhappier. One out of every six Americans is taking psychiatric drugs, we are currently dealing with “the worst drug crisis in American history”, and people are killing themselves in record numbers. Nobody likes to be told that they are a failure, but it certainly appears that our nation has been on an extremely self-destructive path for a very long time.

Could it be possible that being an extremely narcissistic, selfish, self-centered and self-obsessed society is not the way to go?

Of course some women actually believe that they are staying childless for noble reasons.  For example, it has become quite trendy for young women to say that they are never going to have children in order to fight climate change.  The following comes from a BuzzFeed contributor named Ash Sanders…

When I first made the decision not to have a baby, in 2008, I did it because I couldn’t imagine bringing another human into a world already so overheated and overcrowded. I didn’t know anyone like me at the time. But in the intervening decade, the world’s climate change problem has escalated to a crisis, and people across the world are grappling with the question of whether to have children in such uncertain times. In February, Rep. Alexandria Ocasio-Cortez broke Instagram when she so much as raised the question. A few weeks later, Utah Sen. Mike Lee, on the opposite end of the spectrum, argued on the Senate floor that the solution to climate change is to “fall in love, get married, and have some kids.” Meanwhile, in the UK, environmental activist Blythe Pepino launched BirthStrike, a social media–focused movement that questions having children in the face of ecological crisis.

These women have become so brainwashed that they are actually willing to give up one of the greatest joys in life just so that they can show everyone around them how “dedicated” they are to the cause.

As I discussed in my most recent book, bad beliefs lead to bad decisions.  When you put garbage in, you are going to get garbage out, and we can see the evidence of that all around us.

Without strong family units, no society is going to survive for long.

Right now America is living on borrowed time, and we desperately need to return to the values that this nation was originally founded upon.