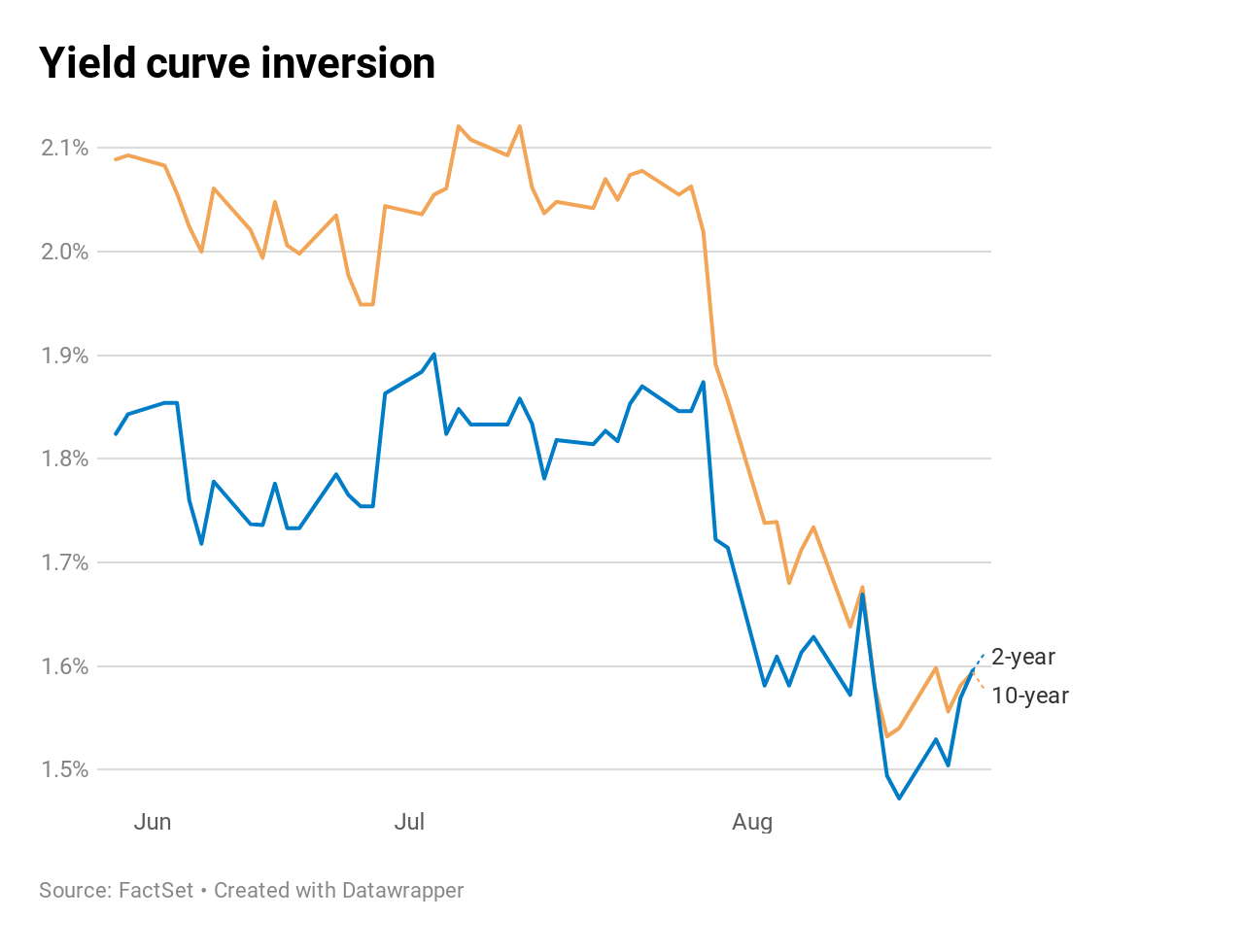 The main part of the yield curve inverted once again Thursday as the yield on the benchmark 10-year Treasury note traded under that of the 2-year note, the third time the recession indicator has been triggered since last Wednesday.

The initial inversion on Thursday followed in the immediate aftermath of George’s comments, though the spread between the two yield bounced into and out of negative territory throughout the rest of the trading session. As of 4:05 p.m. ET the curve was inverted with the 2-year Treasury yield at 1.614%, above the 10-year at 1.611%.

Such an inversion is viewed by many fixed-income traders as a sign of a future recession, though forecasting the timing of an eventual downturn is a tougher task.

Portions of the U.S. yield curve have inverted over the past several months, but economists consider a negative spread between the 2-year rate and 10-year rate more concerning. That’s because inversions of that part of the curve have predated every recession over the past 50 years while the last five 2-10 inversions have all led to recessions.