You know the meme.

There are a bunch of these memes. 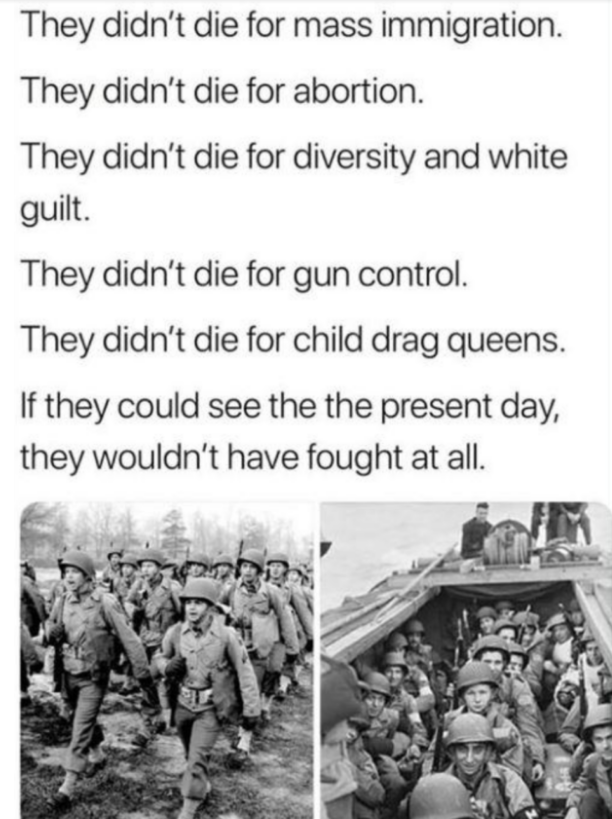 The man in the video doesn’t outright say “I should have defected and fought with Hitler,” but the subtext is very clear as he keeps saying of the modern world “this isn’t what I fought for.”

Say what you want about Hitler – if he’d won, we wouldn’t have children being molested by homosexuals in public schools, I can tell you that much.

We wouldn’t have a lot of these other problems either.

“Nowadays… People don’t realize what they have, the things we fought for, and the boys that died for it – It’s all gone down the drain.”

“Our country’s gone to hell in a handbasket. We haven’t got the country we had when I was raised. Not at all.”

“It’s not the same. That’s not what our boys – that‘s not what they died for.”

“People don’t realize what they have. They bitch about it.”