‘Illegal alien’ is the correct legal term and must be used.

NEW CIVILITY WATCH: Antifa groups are using Twitter and Facebook to advocate for the assassination of President Trump.

But they’ve never uttered the words “illegal aliens,” so they’ve got that going for them on social media, which is nice.

REPORT THEM TO THE FEC FOR AN UNDECLARED CONTRIBUTION: “Unbelievable”: Facebook Bans Ex-Democrat #WalkAway Founder Weeks Before March On Washington. As Michael Lotus emails, “Back when we had a blogosphere, It wasn’t possible to do this. The whole point of the Internet was it was decentralized. Then everybody voluntarily decided to centralize it. I don’t use Twitter or Facebook anymore. No one should.” 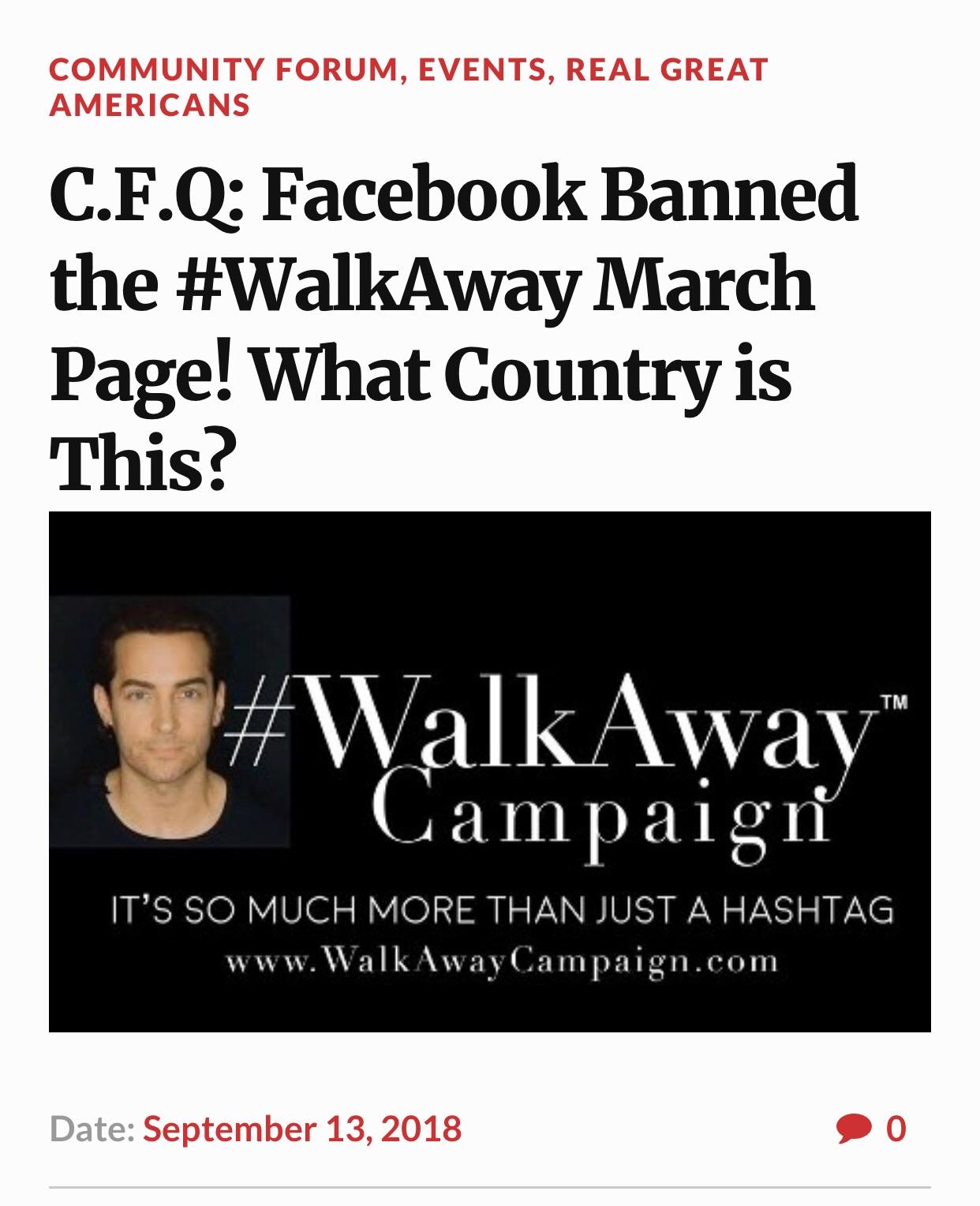 WHOSE SIDE ARE THEY ON, ANYWAY? Facebook Bans Frontpage Editor Jamie Glazov on 9/11 – For Posting on How to Prevent Another 9/11. “It’s against Facebook’s ‘community standards’ to try to stop Jihadist attacks on Americans.”

Someone leaked to Breitbart an hour-long video of an “all hands” Google meeting that was held just after the 2016 election. The video features Google’s co-founder, Sergei Brin, its CEO, Sundar Pichai, and numerous other high-ranking “Googlers” speaking in turn about the election’s tragic outcome. It is stunning.

All of the speakers express grief over Donald Trump’s election. All of the speakers assume that every Google employee is a Democrat and is stunned and horrified that Hillary Clinton–the worst and most corrupt presidential candidate in modern history–lost. There is much discussion about what Google can do to reverse the benighted world-wide tide exemplified by Brexit and Trump’s election. The insane doctrine of “white privilege” rears its head.

You really have to see it to believe it. Having suffered through the hour-long cri de cœur–OK, to be fair, there is a huge element of schadenfreude, too, and you will relish much of it–you probably will have several reactions: 1) These people may have certain valuable technical skills, but they aren’t very bright and are unusually lacking in self-awareness. 2) It is remarkable that they can achieve such an extraordinary monoculture in an organization with thousands of employees. It must require vigorous enforcement of right-think. 3) It is easy to see how these uniformly left-wing robots/people seamlessly transitioned into Resisting the duly elected Trump administration. CHINA IS DOING IT NOW, GOOGLE AND FACEBOOK WANT TO DO IT HERE SOON: Chinese film star Fan Bingbing has been ranked last in a report judging A-list celebrities on how “socially responsible” they are, fuelling further speculation about the whereabouts of the actress, who has not been seen in public for more than two months.