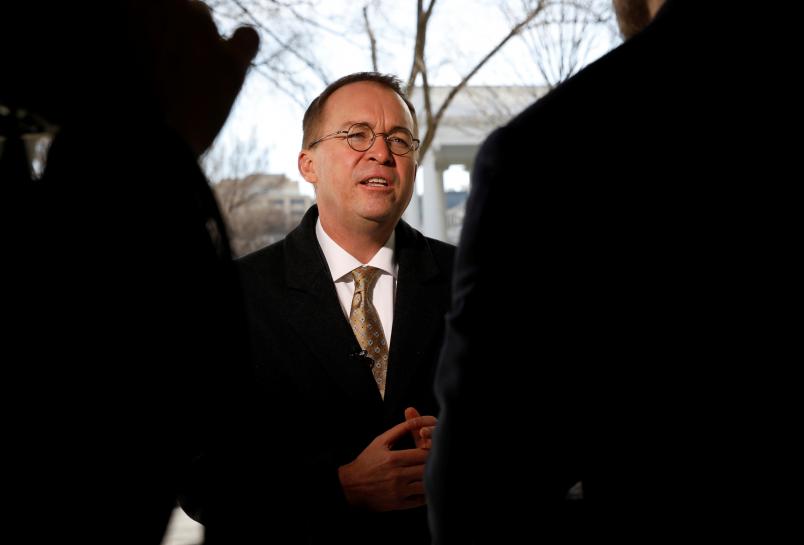 Trump has promised to build the border wall to keep out illegal immigrants and drug smugglers. Democrats oppose funding the wall, which they view as unnecessary.
The budget proposal also includes $782 million to hire and support 2,750 additional officers and agents at U.S. Customs and Border Protection (CBP) and U.S. Immigration and Customs Enforcement (ICE), Mulvaney said.
Coupled with that proposed spending is a $2.7 billion request to pay for what the White House called an “average daily detention capacity of 52,000 illegal aliens at ICE, the agency’s highest-ever detention level.”
wsau.com/news/articles/2018/feb/12/trump-budget-asks-more-than-200-billion-for-infrastructure-border-security-budget-director/
Nearly 600,000 immigration cases clog courts, study finds
President Donald Trump as he pushes his central political agenda to crack down on illegal immigration and beef up border security. The report underscores that the already bogged-down immigration courts could become a major obstacle to his objective of removing 2 million to 3 million people from the country.
www.revealnews.org/blog/nearly-600000-immigration-cases-clog-courts-study-finds/