Sixteen pupils waiting for their school bus and two parents of pupils who were nearby were stabbed by a man wielding knives in Kawasaki near Tokyo on Tuesday morning, leaving a girl and a man dead, police and school officials said.

The 16 schoolgirls, pupils of Caritas elementary school, a private Catholic school in the city, were attacked by the suspect in his 50s, who was holding knives in both hands. The suspect died in hospital as a result of a self-inflicted stab wound to the neck, police said.

A boy also sustained minor injuries in the attack, the police added.

The incident occurred at around 7:40 a.m. on a street near a park in a residential area, about 250 meters from Noborito Station on East Japan Railway Co.’s Nambu Line and Odakyu Electric Railway Co.’s Odakyu Odawara Line.

Officials at the school, which provides eight shuttle buses for pupils between the station and the school every morning on school days, said things went as usual until the fifth service.

“I was standing at the front of the line of children waiting for the sixth bus, and when I finished helping around six children board the bus, I heard children screaming at the end of the line,” said a school official in a press conference.

The official said that was when he saw the suspect, holding “long knife-like objects in both hands,” escaping on foot.

As the bus driver got off and started to chase him, the official made an emergency call to police, he said.

“The children did nothing wrong. I don’t know what to do with my anger,” another official told the news conference. The school will close through the end of this month. 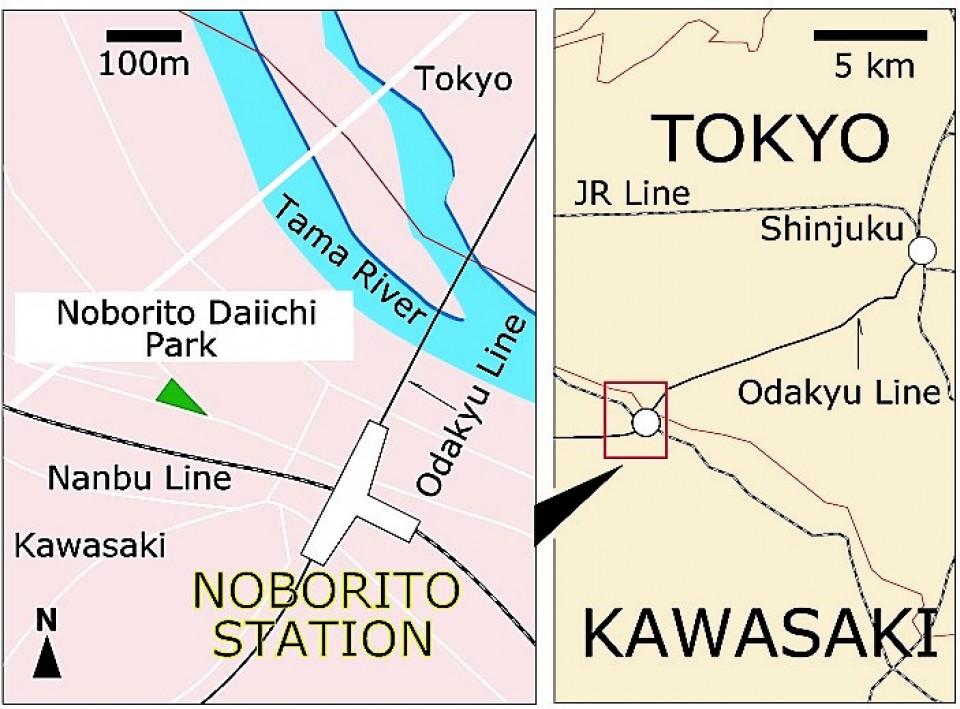