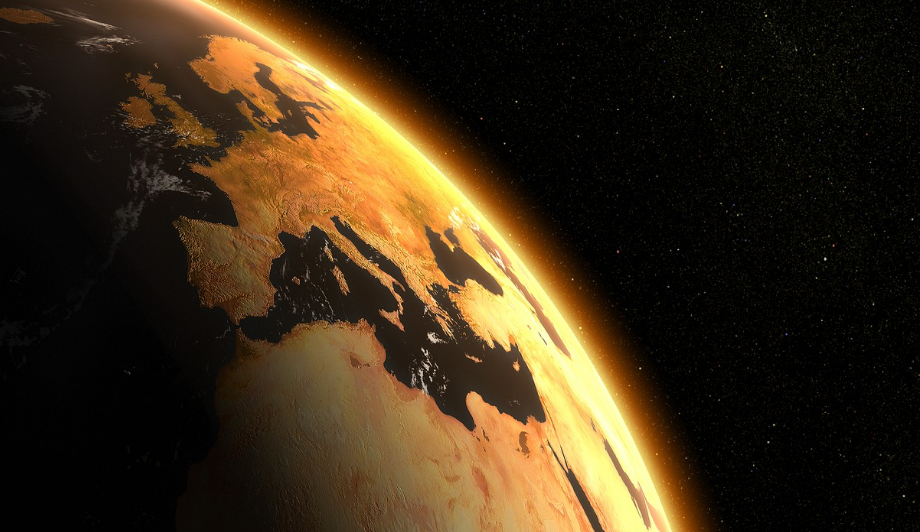 A very alarming global food shortage has already begun, and it is only going to get worse in the months ahead.  I realize that this is not good news, but I would encourage you to share the information in this article with everyone that you can.  People deserve to understand what is happening, and they deserve an opportunity to get prepared.  The pace at which things are changing around the globe right now is absolutely breathtaking, but most people assume that life will just continue to carry on as it normally does.  Unfortunately, the truth is that a very real planetary emergency is developing right in front of our eyes.  The following are 20 facts about the emerging global food shortage that should chill you to the core…

France’s Foreign Affairs Minister Jean-Yves Le Drian said the EU must get to grips with the prospect that the war in Ukraine could prompt an “extremely serious” global food crisis.

#2 Joe Biden recently admitted that food shortages are “going to be real”, and his administration is now openly using the word “famine” to describe what is coming…

The Biden administration is worried Russia’s invasion of Ukraine will cause famine in parts of the world, White House Council of Economic Advisers Chair Cecilia Rouse told CNBC on Friday.

Just days after Germany reported the highest inflation in generation (with February headline CPI soaring at a 7.6% annual pace and blowing away all expectations), giving locals a distinctly unpleasant deja vu feeling even before the Russian invasion of Ukraine broke what few supply chains remained and sent prices even higher into the stratosphere…

… on Monday, Germany will take one step toward a return of the dreaded Weimar hyperinflation, when according to the German Retail Association (HDE), consumers should prepare for another wave of price hikes for everyday goods and groceries with Reuters reporting that prices at German retail chains will explode between 20 and 50%

#4 Rationing has already begun in Spain…

In Spain, the country started experiencing sporadic shortages of different products like eggs, milk and other dairy products almost immediately following the outbreak of the war in Ukraine. In early March, major supermarkets like Mercadona and Makro began rationing sunflower oil.

In Greece, at least four national supermarket chains have started rationing food products like flour and sunflower oil due to critically low supplies caused by the crippled supply chains coming out of Russia and Ukraine.

On Tuesday, BlackRock Inc. President Rob Kapito told an audience in Austin, Texas, hosted by the Texas Independent Producers and Royalty Owners Association, that an entire younger generation is quickly finding out what it means to suffer from shortages, according to Bloomberg.

“For the first time, this generation is going to go into a store and not be able to get what they want,” Kapito said. “And we have a very entitled generation that has never had to sacrifice.”

#7 Since this time last year, some fertilizer prices have gone up by as much as 300 percent.

See also  The 2022 Real Estate Collapse is going to be Worse than the 2008 One, and Nobody Knows About It

#8 Many farmers in Africa will not be able to afford fertilizer at all this year, and it is being projected that this will reduce agricultural production by an amount capable of feeding “100 million people”…

With prices tripling over the past 18 months, many farmers are considering whether to forgo purchases of fertilizers this year. That leaves a market long touted for its growth potential set to shrink by almost a third, according to Sebastian Nduva, program manager at researcher group AfricaFertilizer.Org.

That could potentially curb cereals output by 30 million tons, enough to feed 100 million people, he said.

#10 In a typical year, Russia and Ukraine collectively account for approximately 30 percent of all global wheat exports.

#11 Half of Africa’s wheat imports usually come from either Russia or Ukraine.

Armenia, Mongolia, Kazakhstan and Eritrea have imported virtually all of their wheat from Russia and Ukraine and must find new sources. But they are competing against much larger buyers, including Turkey, Egypt, Bangladesh and Iran, which have obtained more than 60 percent of their wheat from the two warring countries.

A Russian government official has threatened that Russia will limit its vital food exports to only nations it considers “friendly”.

Dmitry Medvedev, a senior Russian security official who previously served as the nation’s president, has threatened that Russia may soon cut off the West from food exports.

#14 On Friday, it was announced that another 5 million egg-laying chickens in Iowa would have to be put down because of the bird flu.

#15 The death toll from the bird flu in Iowa alone will be pushed beyond 13 million as a result of this latest incident.

#16 Overall, this is what the total national death toll from the bird flu currently looks like: “22 million egg-laying chickens, 1.8 million broiler chickens, 1.9 million pullet and other commercial chickens, and 1.9 million turkeys”.

#17 China’s agricultural minister has announced that the winter wheat harvest in China could be “the worst in history”.

#18 We are being warned that the winter wheat harvest in the United States will be “disastrous” due to severe drought.

#19 During a recent interview, one prominent U.S. farmer stated that most Americans won’t like it when “your grocery bill is up $1,000.00 a month”.

“Ukraine has only compounded a catastrophe on top of a catastrophe,” said David M. Beasley, the executive director of the World Food Program, the United Nations agency that feeds 125 million people a day. “There is no precedent even close to this since World War II.”

We have been warned over and over again that this day was coming, and now it is here.

Like I said at the beginning of this article, I hope that you will share this information with as many people as possible, because this crisis really is going to affect every man, woman and child on the entire planet.

In my entire lifetime, I have never seen anything like this, and conditions are getting worse with each passing day.

A truly nightmarish global food crisis really is upon us, and hundreds of millions of innocent people are going to deeply suffer as a result.