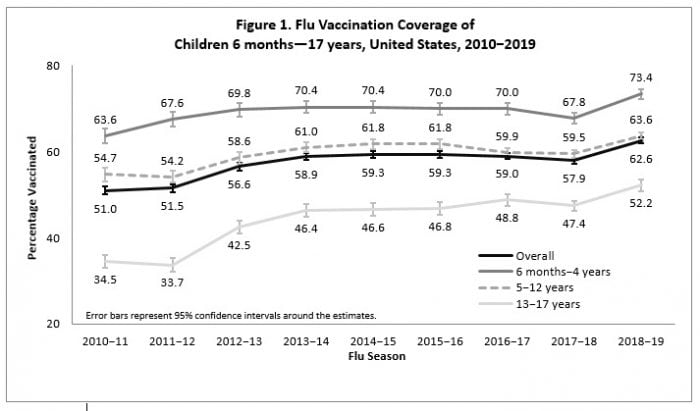 To improve flu vaccination coverage, healthcare providers are encouraged to offer influenza vaccination during routine health care visits and hospitalizations, continuing to offer vaccination as long as influenza viruses are circulating. For people who cannot visit a doctor’s office during the flu season, there are alternative and convenient places available for flu vaccinations. Improvements in vaccination coverage could provide greater benefit; in a recently published study, CDC estimated that increasing coverage by five percentage points could have prevented another 4,000 to 11,000 hospitalizations, depending on the severity of the season.[2]

(CNN)This flu season is shaping up to be one of the worst in decades, according to the United States’ top infectious disease doctor.

Dr. Anthony Fauci, director of the National Institute of Allergies and Infectious Diseases, said while it’s impossible to predict how the flu will play out, the season so far is on track to be as severe as the 2017-2018 flu season, which was the deadliest in more than four decades, according to the US Centers for Disease Control and Prevention.
“The initial indicators indicate this is not going to be a good season — this is going to be a bad season,” Fauci said.