However, the popularity of IPOs does not mean that a bubble burst is on the way. 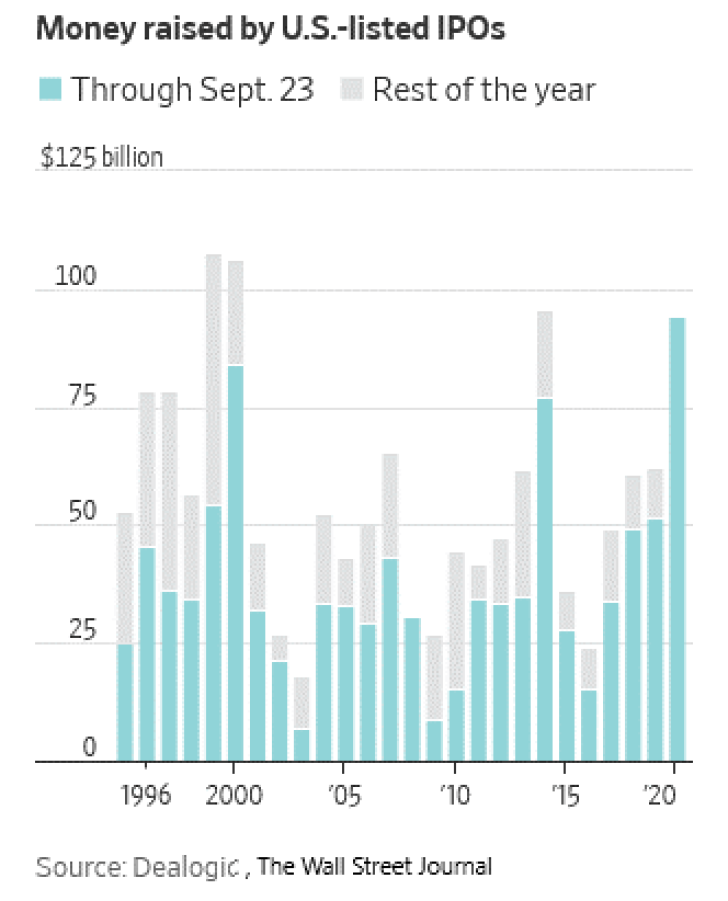 A New Era of Dotcom?

In addition, first-day returns of these IPO’s are also higher than ever since 1999. However, analysts say the IPO situation is nowhere near the mania that gripped the market 20 years ago. Despite the huge number of IPOs and record gains, experts point out that part of this may be due to the caution of IPO writers.

During this year IPO underwriters were significantly intimidated by the spring market fall and were unsure of investors’ sentiment. Therefore, they deliberately set lower initial prices than would be expected in more stable and favorable conditions.