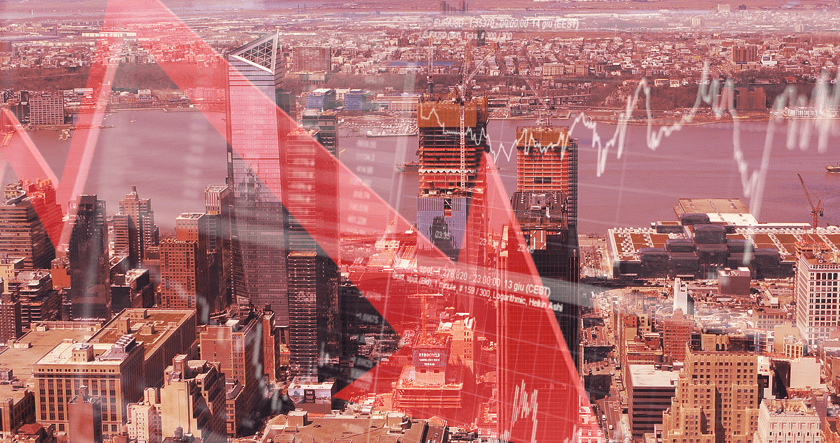 That’s more than the entire economic GDP of Iceland ($24 billion as of 2017). But Iceland is approximately 103,000 square kilometers in size.

By comparison, Hudson Yards is a mere 0.11331198 square kilometers (about 28 acres of land area in West Side New York). That means it’s only about one-millionth the size of Iceland.

According to the plan, in seven years (so they say) Hudson Yards will be a neighborhood of gleaming towers with high-end retail, fancy law firms and private equity shops, overpriced apartments, and ridiculous works of art like “the Vessel”.

The “Vessel” that Sovereign Man refers to is a giant copper “staircase to nowhere” that is valued at $150 million, reports the New York Times.

And that’s not all Hudson Yards plans to deliver. A small part of the entire development, a skyscraper, is set to open in 2019 at 30 Hudson Yards.

Excessive may best describe the “highest observation deck” in the Western Hemisphere, according to the main website. It will extend 65 feet out from the 100th floor, about 1,100 feet above the ground.

Development company Founder Stephen Ross told Forbes “… it’s not all about the money, really, it’s about transforming something and what you leave behind.”

This establishes Hudson Yards as an extremely expensive legacy project.

There’s an excessive amount of debt involved in the Hudson Yards project, but this planned real-estate gluttony has happened before.

Just before the 2008 Financial Crisis, in fact.

In 2004 a real estate “pork project” in Las Vegas, much like Hudson Yards, was being constructed. Then, due to the Financial Crisis, according to Sovereign Man, it “went to shambles”:

The development, and its 16.7 million square feet of casinos, retail, hotels and condos, was supposed to cost $4 billion. Construction started in 2006. City Center opened in late 2009, just in time for the Financial Crisis.

And the final bill for the Las Vegas City Center clocked in above $9 billion—a full $5 billion above budget.

The City Center, billed as a “paradigm shifting project” continues to struggle, according to the New York Times. With all of the time and money invested in the project before 2008, it seems like they can’t let this money pit go.

It signals that excessive and cheap debt is fueling gluttonous real estate projects that investors seem desperate to get a return from, because the party looks to be coming to an end.

Like City Center, Hudson Yards appears to be a high-risk project. If the economy crashes, as it seems ready to, we’ll have another big unfinished real estate project with lots of debt to show for it.

From the time one of these giant projects breaks ground to the time it completes, a lot can happen. And that’s quite an expensive “legacy” to leave behind.

Protect Your Portfolio From Economic Gluttony

Commons sense says that debt cannot escalate forever. It has to be repaid. And unpaid debt has been at the root of almost every major financial crisis in the U.S. Complex ways to create more debt just add even more problems.

When this debt can’t be repaid, it could be those who can’t afford high-risk “legacies” who will suffer from the weight of the bill.

Don’t let your portfolio suffer from economic gluttony. Protect your wealth with something sensible such as assets like physical gold and silver for a more secure future.