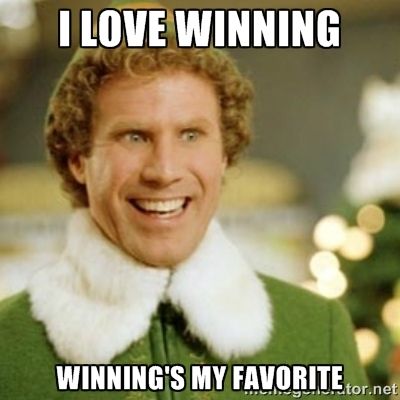 I don’t know about you,but watching Judge Kavanaugh’s testimony in front of the Congressional committee (or whatever that was), I experienced mixed feelings. On one hand, I found Brett to be too emotional for my own liking. I mean, he almost broke into tears a couple of times, and he seemed to be very unbalanced. His testimony was an emotional roller coaster, to say the least. Yet, I must admit: he looked genuine to me. A nerd, a beta-male and a cuckservative, but genuine. He wasn’t lying. Watch his eyes. The eyes never lie, chico. Now, to tell you the truth, I don’t like Brett Kavanaugh. Not because he’s a paddy who still likes beer in his sixties, and when he was young, he used to bone ugly girls, if Ford’s claims are true. Joke aside, the problem with Kavanaugh is that he’s a neocon, Dubya’s people and all that. Also, he doesn’t give a crap about privacy, especially the 3th and 4th amendments in the US constitution. If you don’t believe me, do your own research, it’s Friday and I’m not in the mood. Try Ben Swann on YouTube, for example, he did a good video about Kavanaugh’s love-hate affair with the US constitution a couple of days ago if memory serves.

Now, that should have been the discussion about Kavanaugh, that he’s a big fan of the Patriot Act and he doesn’t care much about privacy, nor the Constitution, not that he threw ice in a bar at some point in the eighties, or that he farted in an elevator. However, all these will be forgotten in a week from now. We will not hear from/about Kavanaugh after he gets confirmed tomorrow. All this drama concocted by the left will vanish like tears in the rain. Kavanaugh’s confirmation is now a done deal. After a completely useless and stupid FBI investigation, the seventh, after ridiculous sex-assault/gang-rape/whatever crazy allegations and countless hours of dramatic testimonies in the US Senate by various phonies and crazies, a Democrat Senator from West Virginia announced that he’s going to vote for Brett’s nomination for SCOTUS.

Yeah, you got that right: a DEM broke ranks and he’ll vote with the GOP on Saturday. Also, Susan Collins, the REP Senator from Maine, gave her blessing, so Brett’s confirmation will be a walk in the park on Saturday. Even that pathetic RINO Jeff Flake, who enabled one more week of drama by blackmailing his fellow GOP to allow one last FBI investigation into Ford’s sex-assault allegations announced he’ll support the K-man. So, it’s a done deal, unless the Earth gets hit by a huge asteroid, or we’re getting attacked by aliens, or something terrible along these lines.

Most senators sat at their desk as the dramatic roll call unfolded, with major suspense over where Murkowski, Manchin and Flake would land. Collins was the first swing vote to support Kavanaugh on the procedural roll call, quickly followed by Flake. Murkowski then inaudibly voted no, a jarring defection that left Republicans with no room for error.

After it was clear that Kavanaugh had the 50 votes needed to advance, Manchin became Kavanaugh’s only Democratic supporter. Manchin, who left the chamber when the clerk called his name, came back into the chamber and voted in favor of Kavanaugh. His phone could be seen ringing and Manchin stared at it as the vote continued. –Politico

So, what now? Are we going back to Stormy Daniels? Russia collusion? Firing (or not) Mueller, Rosenstein? Impeachment? The problem for the left’s agenda, or lack there of, is that the economy is booming, unemployment is at historic lows, lowest since the 1960’s actually, Trump cut 16,000 government jobs by now, construction hiring is booming, and according to Rasmussen, Trump boasts an approval rating of 51%. Which is not bad at all, my deplorables, all things considered (like, 90% negative coverage from the MSM for example).

The thing is, I am starting to get optimistic about the midterms. And that’s wrong, I reckon. In closing, I have to tell you that Trump could conceivably have an unprecedented 5 Supreme nominations during his tenure, as at least two more judges will retire (or exit our dimension) in the next 3-4 years. The best entertainment is yet to come.