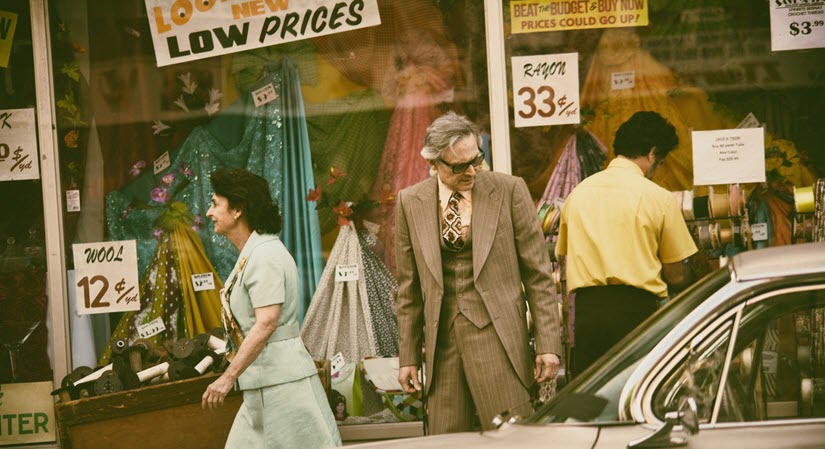 Stagflation is a situation in which inflation is persistently high, overall economic growth is slow and unemployment rates stay high for an extended period of time.

By “extended period of time,” we mean a decade or more. The U.S. last saw stagflation during the 1970s, usually dated from 1972-1981. After Japan’s real estate bubble popped in 1989, the nation’s stock market dropped 60% and real estate lost 70% of its value, the Japanese economy experienced a “Lost Decade” of zero economic growth from 1991-2003.

Stagflation isn’t just a brutal economic climate. Imagine a recession that lasts ten years. Or a ten-year bear market in stocks. That’s what stagflation looks like. What it feels like is even worse. It feels like despair, like complete loss of control over your financial future.

Today, the U.S. seems poised on the brink of a stagflationary era. Even worse, recent decisions have left little wiggle room for the Fed to avoid stagflation. In fact, by the time you read this, any wiggle room might have already evaporated completely.

Today we’ll examine each of the three stagflation indicators to see just how close we are to the brink of another lost decade.

We’ll start with the most obvious one, persistent and consistently rising inflation.

In a vote of 219-206, the House voted to lift the debt ceiling just enough to temporarily postpone a financial crisis, at least until December 3rd. This gives Congressional Democrats plenty of time to pass President Biden’s $3.5 trillion 2022 budget bill, and raise the debt ceiling to pay for it (via a back-door process called “budget reconciliation”). This is all possible without a single Republican vote.

Now they can consider adding trillions of dollars more to the already-burdensome U.S. debt, which is nearing $29 trillion.

Despite claims to the contrary…

Instead of wasting money on tax breaks, loopholes, and tax evasion for big corporations and the wealthy, we can make a once-in-a-generation investment in working America.

And it adds zero dollars to the national debt.

To call Biden’s claim that the $3.5 trillion budget costs zero “dubious” is generous, because it assumes that future economic growth only possible through the massive spending will magically materialize at some future point.

Regardless, if the budget passes, it’s likely to cause even more inflation.

The problem is, inflation is already coming in red-hot at 5.4% for September, another 30-year high.

According to the latest from the Bureau of Labor and Statistics (BLS), the overall increase in inflation shown above is being driven by:

The inflation we’re seeing today is the result of the $3.4 trillion in COVID-19 stimulus the government already spent.

When the new $3.5 trillion budget hits the economy, back-of-the-envelope estimates predict today’s inflation rate will double. Although there are some even worse predictions, like Wharton’s Jeremy Siegel who expects to see 25% inflation. Let’s hope he’s wrong.

See also  2 charts that show how much more expensive Thanksgiving dinner is this year (but inflation is transitory?)

Even worse, the shipping backlog off the California coast and port closures worldwide have led to the much-discussed “supply chain snarls.” This leads to higher costs for manufacturers, resulting 8.6% inflation further up the distribution chain at the producer level (called PPI). This is the inflation we haven’t even seen yet, headed our way.

Inflation burning as broad and hot as this doesn’t generally let up very fast. Because it affects prices everywhere.

Remember, though, inflation is only one of the three signals for stagflation.

The “real” GDP tends to be hidden behind a curtain of changing methodologies. John Williams over at ShadowStats described it this way:

The SGS-Alternate GDP reflects the inflation-adjusted, or real, year-to-year GDP change, adjusted for distortions in government inflation usage and methodological changes that have resulted in a built-in upside bias to official reporting.

Everything becomes clearer once you examine the official “biased” GDP and the “real” GDP side-by-side:

You’ll notice that “real” GDP (blue line) isn’t keeping pace with expected growth, and is actually negative 2.5%. But even the official tally isn’t sustainable if it takes another downturn.

Either way you look at it, the GDP isn’t exactly “humming along” and it doesn’t appear on the chart above that it will in the near-term. On top of that, the shipping backlog means companies aren’t getting parts they need, and consumers can’t get the “stuff” they want to buy.

So we have rising inflation, check.

An economy that appears to be slowing down, check.

The only signal left for stagflation would be a stale or declining job market.

According to a recent Reuters article: “Quits increased by about 242,000 in August, lifting the total to a record 4.3 million.” These are American workers who voluntarily terminated their employment. For whatever reason, they quit.

But even worse, September’s unemployment came in high at 4.8%. Well, that’s the official tally.

However, official unemployment (U3) is a shell game. That number doesn’t include people who were forced to work part-time or other “marginally attached” workers like gig workers desperate for a full-time job. The BLS files these non-official numbers under a different U6 designation, which isn’t widely reported or followed. (Pay no attention to the part-time workers behind the curtain.) If we consider those who’d accept full-time employment in a hot second, the unemployment rate climbs to 8.6%.

See also  Why Does Everyone in DC Swamp, Deep State, DNC and Even RNC Hate Trump? Because They’re All Power Hungry, Control-Freak, Evil, Slimeballs Who Hate YOU.

But what about people who’ve been unemployed for so long they’ve given up hope? If we also factor in long-term unemployed workers, like John Williams does over at ShadowStats, the picture gets bleak. You clearly see the stark reality of a September job market with a whopping 25.1% unemployment.

All three (U3, U6, and ShadowStats) are shown together on the line graph below:

Keep in mind the chart above only reflects through September 2021. Once the new numbers come out for October, even the official U3 tally could look bad. That, and technology is replacing jobs at an increasing pace.

At minimum, the media and reports from the Federal Reserve don’t appear to be telling the whole story about the potential for long-term stagflation. If:

Then the best we can hope for is to avoid another lost decade.

If stagflation takes over, here’s what you can do

If you’re concerned about the possibility of stagflation (let alone future price inflation), it might be smart to make sure you have stable, inflation-protected savings (especially retirement savings) to count on.

Examine your portfolio’s exposure to risk. If necessary, consider safer investments, especially those with solid historical performance in high-inflation environments.

That includes physical precious metals like gold and silver. These are two prized safe haven investments whose intrinsic value is not at the mercy of stagflation.

Whatever you decide, whatever changes are right for you and your family’s security, don’t hesitate. Remember the longer you wait, the harder it will be for you to protect your savings. The best time to prepare yourself is before the next financial crisis.