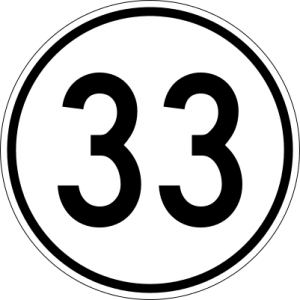 Did you know that about one-fourth of the entire global prison population is in the United States?  Did you know that Apple has more money than the U.S. Treasury?  Did you know that if you have no debt and also have 10 dollars in your wallet that you are wealthier than 25 percent of all Americans?  Did you know that by the time an American child reaches the age of 18, that child will have seen approximately 40,000 murders on television?  There are some things that are great about the United States, and there are definitely some things that are not so great.  Once upon a time we were the most loved and most respected nation on the entire planet, but those days are long gone.  We have wrecked our economy, we have lost our values and we have fumbled away our future.  But if you look close enough, you can still see many of the things that once made this country a shining beacon to the rest of the world.  This article includes some weird facts, some fun facts, but also some very troubling facts.  It has been said that a spoonful of sugar helps the medicine go down, and hopefully as people enjoy reading the fun facts in this article they will also take note of the more serious facts.  If we are ever going to change course as a nation, we need to come to grips with just how far we have fallen.  The following are 33 strange facts about America that most Americans would be shocked to learn…
#1 The amount of cement that China used from 2011 to 2013 was greater than the total amount of cement that the United States used during the entire 20th century.
#2 In more than half of all U.S. states, the highest paid public employee in the state is a football coach.
#3 It costs the U.S. government 1.8 cents to mint a penny and 9.4 cents to mint a nickel.
#4 Almost half of all Americans (47 percent) do not put a single penny out of their paychecks into savings.
#5 In 2014, police in the United States killed 1,100 people.  During that same year, police in Canada killed 14 people, police in China killed 12 people and police in Germany didn’t kill anyone at all.
#6 The state of Alaska is 429 times larger than the state of Rhode Island is.  But Rhode Island has a significantly larger population than Alaska does.
#7 Alaska has a longer coastline than all of the other 49 U.S. states put together.
#8 The city of Juneau, Alaska is about 3,000 square miles in size.  It is actually larger than the entire state of Delaware.
#9 When LBJ’s “War on Poverty” began, less than 10 percent of all U.S. children were growing up in single parent households.  Today, that number has skyrocketed to 33 percent.
#10 In 1950, less than 5 percent of all babies in America were born to unmarried parents.  Today, that number is over 40 percent.
#11 The poverty rate for households that are led by a married couple is 6.8 percent.  For households that are led by a female single parent, the poverty rate is 37.1 percent.
#12 In 2013, women earned 60 percent of all bachelor’s degrees that were awarded that year in the United States.
#13 According to the CDC, 34.6 percent of all men in the U.S. are obese at this point.
#14 The average supermarket in the United States wastes about 3,000 pounds of foodeach year.
#15 Right now, more than 200 million people around the planet are officially considered to be unemployed.  Meanwhile, approximately 20 percent of the garbage that goes into our landfills is food.
#16 There is a city in Bangladesh called Dhaka where workers are paid just one dollarfor every 1,000 bricks that they carry.  Meanwhile, the “inactivity rate” for men in their prime working years in the United States is hovering near record high levels.
#17 According to one recent survey, 81 percent of Russians now have a negative view of the United States.  That is much higher than at the end of the Cold War era.
#18 Montana has three times as many cows as it does people.
#19 The grizzly bear is the official state animal of California.  But no grizzly bears have been seen there since 1922.
#20 One recent survey discovered that “a steady job” is the number one thing that American women are looking for in a husband, and another survey discovered that 75 percent of women would have a serious problem dating an unemployed man.
#21 According to a study conducted by economist Carl Benedikt Frey and engineer Michael Osborne, 47 percent of the jobs in the United States could soon be lost to computers, robots and other forms of technology.
#22 The only place in the United States where coffee is grown commercially is in Hawaii.
#23 The original name of the city of Atlanta was “Terminus“.
#24 The state with the most millionaires per capita is Maryland.
#25 There are more than 4 million adult websites on the Internet, and they get more traffic than Netflix, Amazon and Twitter combined.
#26 86 percent of men include “having children” in their definition of success.  For women, that number is only 73 percent.
#27 One survey of 50-year-old men in the U.S. found that only 12 percent of them said that they were “very happy”.
#28 The United States has 845 motor vehicles for every 1,000 people.  Japan only has 593 for every 1,000 people, and Germany only has 540 for every 1,000 people.
#29 The average American spends more than 10 hours a day using an electronic device.
#30 48 percent of all Americans do not have any emergency supplies in their homes whatsoever.
#31 There are three towns in the United States that have the name “Santa Claus“.
#32 There is actually a town in Michigan called “Hell“.
#33 There are 60,000 miles of blood vessels in your body.  If they were stretched out in a single line, they could go around the planet more than twice.

READ  Americans' Expected Change In Rent Over Next 12 Months Explodes
READ  Only 42.6% Of Americans Are Fully Vaccinated
44,678 views