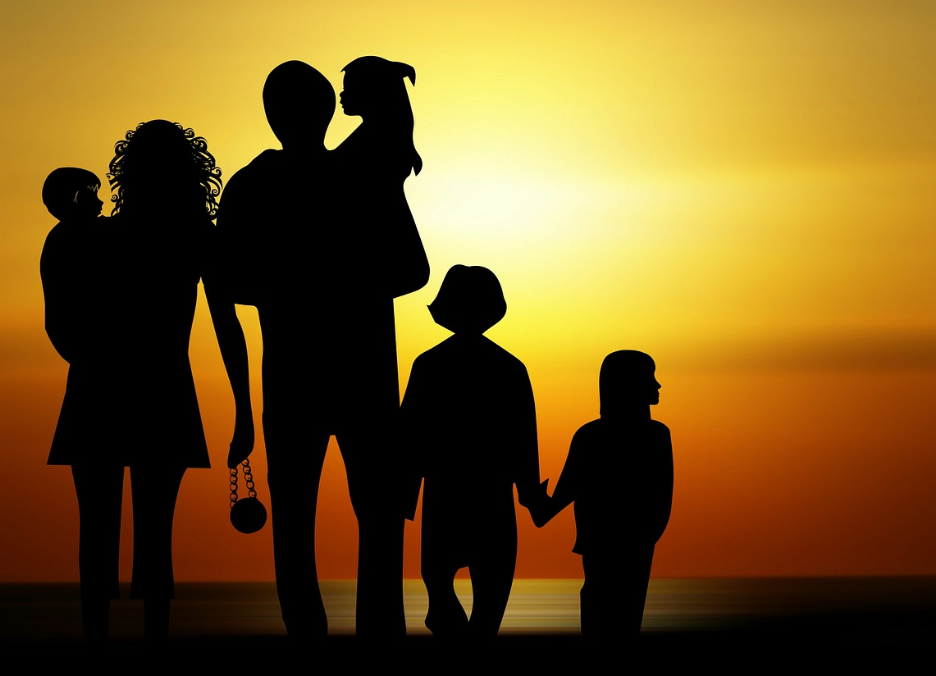 How can anyone possibly be optimistic about the future of our society when our families just continue to get weaker and weaker?  Traditional family units are at the foundation of any successful society, and that was certainly true for the United States during our formative years.  But now a decline that has stretched on for decades has left the traditional American family in worse shape than ever before.  Our entertainment is anti-family, our culture is anti-family and many of our politicians are openly anti-family.  There is so much that is working against us, but if we don’t get our families fixed there is no way that we are ever going to have any hope of turning the entire nation around.

If you think that I am exaggerating, just keep reading.  The following are 9 shocking signs of the staggering decline of the traditional American family…

The number of U.S. homes with a married couple and kids fell to a record low, according to new government data, as the pandemic further delayed weddings and more adults don’t plan to have kids at all. The share of the U.S.’s 130 million households headed by married parents with children under age 18 fell to 17.8% in 2021 from 18.6% last year, according to the Census Bureau. That’s down from more than 40% in 1970.

#2 Right now, just 23.1 million American homes contain a married couple with children.  The last time that number was that low was in 1959.

#3 Nearly a third of all U.S. families with children are single parent families.

Sadly, that percentage “has tripled since 1965”…

The share of American families with children living with a single parent has tripled since 1965. The large majority of those single-parent families, approximately 75 percent, are headed by a mother only.

#4 More Americans are living alone than ever before.

That number has risen by more than 10 percent over the last decade, and it keeps increasing with each passing year.

#5 The birth rate in the United States is at the lowest level ever recorded.

It fell another four percent last year, and every single demographic group is seeing declines…

In May, the U.S. Centers for Disease Control and Prevention released a report that revealed the U.S. birth rate fell 4% last year, the largest single-year decrease in nearly 50 years.

The rate dropped for mothers of every major race and ethnicity, and in nearly every age group, falling to the lowest point since federal health officials started tracking it more than a century ago, according to the CDC’s report.

#6 According to one recent survey, an all-time record high 44 percent of childless adults in the United States under the age of 50 say that it is “likely” that they will never have any children at all…

Child-free U.S. adults are increasingly likely to say parenthood isn’t in the cards for them, a new report says.

Asked the question, “Thinking about the future, how likely is it that you will have children someday?,” 44% of adults younger than 50 without children answered either “not too likely” or “not at all likely,” according to a Pew Research Center survey conducted in October and released this month. That proportion is up from 37% in a similar 2018 survey.

#7 After decades of dropping numbers, birth rates have now fallen beneath replacement level in every single U.S. state.  It takes approximately 2.1 children per woman just to be at replacement level, and not one U.S. state is currently at that level or above.

By multiple requests, here are my TFR estimates for the states for 2021, all the way from South Dakota to DC, based on the birth numbers of the first half of 2021. pic.twitter.com/5gJD9X6rrb

#8 Support for Roe v. Wade just continues to go up.

In fact, a brand new Fox News survey found that support for Roe v. Wade is now at the highest level that they have ever measured…

Two-thirds of voters questioned in a Fox News national poll conducted in September wanted to keep in place Roe, which legalized abortion nationwide. The 65% opposed to overturning the abortion ruling was a record in Fox polling, up from 61% a year ago, and narrowly eclipsing the previous high of 64% in June 2019.

#9 Due to the staggering decline of the traditional family, Americans are now more lonely than they have ever been before.

One survey actually got more than 60 percent of respondents to admit that they are lonely.  That is a stunning figure, and it just shows how much our emotional health has deteriorated…

More than three in five Americans are lonely, with more and more people reporting feeling like they are left out, poorly understood and lacking companionship, according to a new survey released Thursday. Workplace culture and conditions may contribute to Americans’ loneliness.

And loneliness may be on the rise. The report, led by the health insurer Cigna, found a nearly 13% rise in loneliness since 2018, when the survey was first conducted.

Our deeply insidious culture is systematically destroying our families, and most Americans don’t even realize the full extent of the damage.

If we do not reverse course, there is no hope for us.

But reversing decades of social decline will not be easy.

All of the momentum is going in one direction, and America’s values are now completely different than they were just a couple of generations ago.