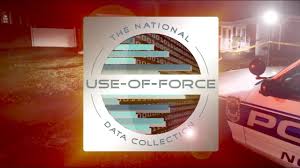 It has been two years since the FBI began tracking police officer use-of-force statistics, and we still have no idea how often cops kill people of color or beat protesters.

In 2018, the FBI created the first of its kind, “National Use-Of-Force Data Collection” and for the most part we still do not have a complete picture of how often police use force on Americans.

“At the request of major law enforcement organizations, the FBI established the National Use-of-Force Data Collection in an effort to promote more informed conversations regarding law enforcement use of force in the United States. The goal of the collection is not to provide insight into specific use-of-force incidents, but instead to offer a comprehensive view of the circumstances, subjects, and officers involved in such incidents nationwide.”

Why is that in 2020, Americans still have no idea about police use-of-force? Because police department participation is voluntary.

“By contributing to the National Use-of-Force Data Collection, law enforcement agencies can demonstrate their commitment to better data. Agencies can access the National Use-of-Force Data Collection via a web application in the FBI’s Law Enforcement Enterprise Portal, which allows agencies to report incidents electronically, either individually or by bulk submission. As with all UCR Program data collections, participation is voluntary.”

An article in The Marketplace revealed that less than half of America’s police departments ‘voluntarily’ report police officer use-of-force incidents.

“Fewer than half of law enforcement officers nationwide are submitting information to a database designed to track when they use lethal force or seriously injure someone. While more than 6,700 state, local and trial agencies contribute to the National Use-of-Force Data Collection, the FBI said, as of May 29, that covers just over 40% of the “nation’s sworn law enforcement officers.”

The fact that only 40% of America’s police departments feel the need to reveal how often their police officers kill, maim, beat, or Taser someone is appalling.

The article says that police reporting use-of-force incidents has really only been happening since 2019.

“The database is relatively new, formed in the wake of multiple high-profile police killings of mostly black civilians. It began accepting submissions from law enforcement agencies nationwide Jan. 1, 2019, specifically focusing on incidents in which an officer either kills someone, causes serious bodily injury connected to the use of force or discharges a firearm at or in the direction of a person.”

Why is it that in 2020, Americans have to rely on the media to track police use-of-force incidents?

“I suspect the numbers from the data when ultimately released will still not be completely comprehensive for the full population of police agencies,” he said in an email, “but we are likely to still need to rely on unofficial data (media-based data collections) or public health data (medical examiner reports) for more complete counts of fatalities,”Assistant professor at the Rutgers School of Criminal Justice, Frank Edwards said.

What is ironic though, is if you ask the Feds or law enforcement officials about how many police officers have been killed in the line of duty this year, they will have that information at their fingertips.

The Feds created the “Uniform Crime Reporting” program to track how many police officers were killed or injured in the line of duty more than ninety years ago.

That is American policing in a nutshell. Ninety plus years and counting and the Feds still do not see the need to force police departments to report how often they kill, maim, beat or Taser people of color

If you really want to know why most Americans are fed up with law enforcement, one need look no further than this.